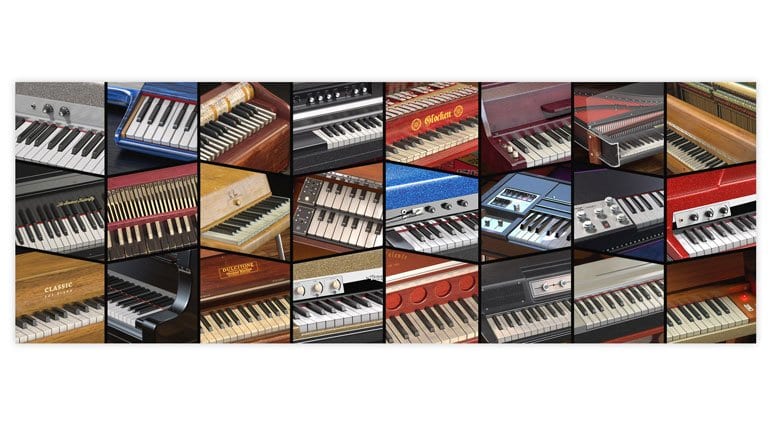 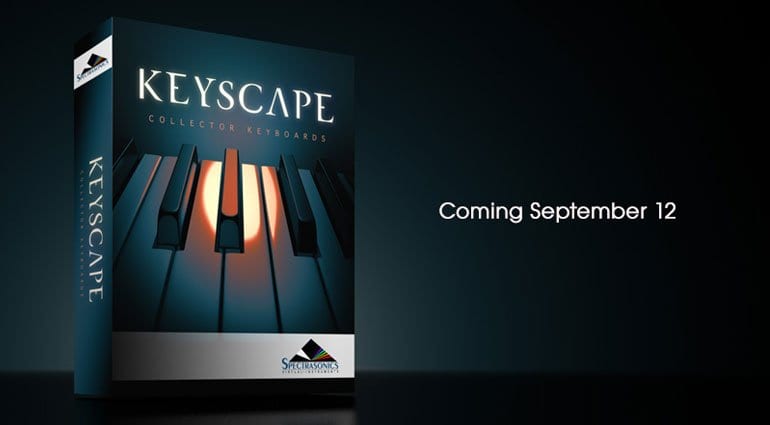 Just when you thought the amount of available virtual electric pianos had hit its saturation point we get a whole load more. Evidently Spectrasonics believe that electric pianos have still not been captured adequately, until now.

So is there anything cool and unique about this collection of keyboards? Please let there be something amazing about them. Well, first of all they’re “extraordinary” which is nice and they’ve been putting it together for ten years so they must be pissed that several other “extraordinary” collections based on many of the same instruments have appeared over the last month or two. However, this is not just electric pianos, this is a whole range of keyboard instruments. Spectrasonics have sampled 36 instruments ranging from grand pianos, Clavinet and harpsichord to the ubiquitous Rhodes in all it’s configurations via a great mix of unique keyboards I’ve never seen before.

There’s some real boutique stuff in here as well. The Pianets, created by Hohner’s designer Ernst Zacharias who also invented the Clavinet, that use sticky leather pads to pull on the tines. The Dolceola is an early 1900’s fretless zither – who knew we wanted one of those? The Weltmeister Basset 1 was the first “keytar”. It was built in the 60’s and I am loving the marble finish. That’s just a taster. 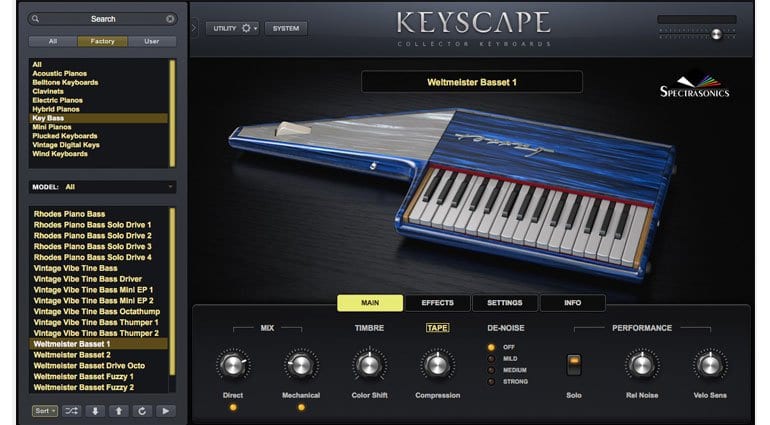 Spectrasonics have pulled out all the stops here. They’ve sourced some unique and amazing keyboards that no one else has offered. That is hopefully their key selling point – it’s not just another Rhodes. I like that they seem able to use all the proper names for everything – not everyone does that.

This is one of the few recent collections not to use the Kontakt interface and instead uses their own “STEAM” engine and interface. There are loads of controls on offer along with beautifully rendered images of the instruments. There’s a “Duo” mode which allows you to combine two pianos as a single instrument. It’s also fully compatible with Omnisphere 2 and can become part of its library and so benefit from the same synthesizer functionality. That gives a lot of breadth to the creative possibilities not found in Kontakt based instruments.

There’s a super-exciting and very long video (below) showcasing all the models and the work Spectrasonics have put into this collection. This has certainly been a labour of love for them. Considering their background in dance loops, pads and bass it’s an unusual choice of subject material.

Spectrasonics Keyscape will be available on the 12th September for $399 either as a download or on a USB stick. At 77GB you might want to consider the USB stick.

More information and some wonderful detail on those instruments is available on the Spectrasonics product page.