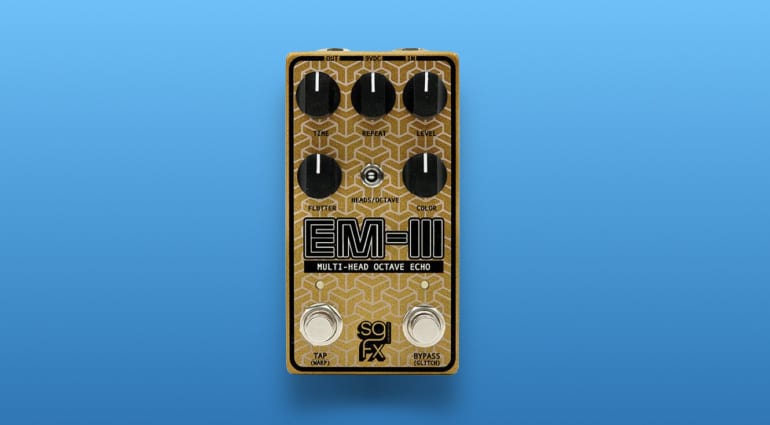 The SolidGoldFX EM-III Multi-Head Octave Echo has finally been revealed. The company has been teasing it on Instagram for over a week now, and we all kind of knew what it was going to be anyway. But now the delay with modulation and octave down effects is here at last!

Essentially, this pedal is a tape delay emulation with an octave down effect (Glitch) which you can trigger when needed, plus some sweet modulations and a nice compact control interface. The two footswitches have dual functionality so that Tap Tempo can also get the delay to self-oscillate, and the Bypass footswitch can Glitch the delay temporarily. And it can go down an octave. 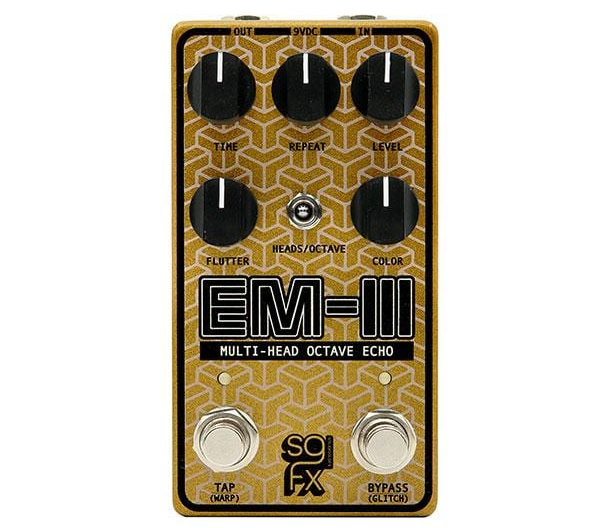 The layout for the delay itself is super simple, you have controls for Level, Repeat and Time which are all self-explanatory. Flutter adds a slow chorus modulation when turned left, or adds tape warble/flutter and ‘tape crinkle’ when pushed to the right. The final control knob is Color which is a Hi-Pass filter that lets you emulate old tape delays getting darker/warmer.

An Electroman Delay on steroids?

Overall the new EM-III Multi-Head Octave Echo manages to neatly squeeze in the Electroman Delay. You have 70 to 1000 milliseconds delay time with Tap Tempo, plus you can turn the trails on or off via the switchable True Bypass/Buffered Trails modes.

If you enjoy modulated delays, with the ability to add in an octave down effect and some creative switching options, then this Canadian made boutique delay could be just what the doctor ordered. 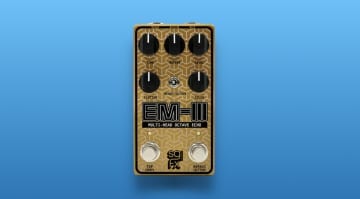