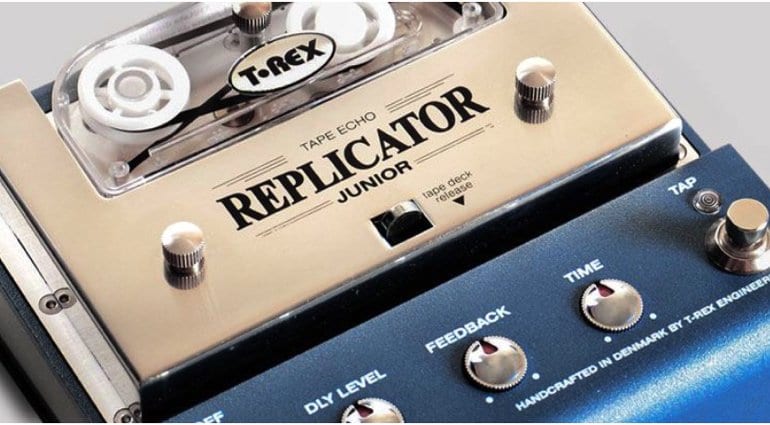 This scaled down edition of the tape echo manages to do so by only using a single tape head to achieve the echoes, whereas the full scale Replicator uses two to do the job. By doing this and also having a simpler control interface this new pedal looks set to become a relatively cheap way into the real tape echo market for many players. 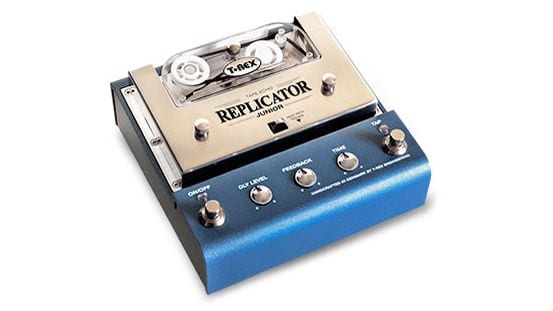 Control wise the Replicator Junior Tape Echo has only Level, Feedback and Time, this helps keep costs down, plus makes the whole unit a fair bit smaller then it’s full sized sibling as well. The knobs also push in to stop them getting accidently moved or damaged, which I think is a nice touch. 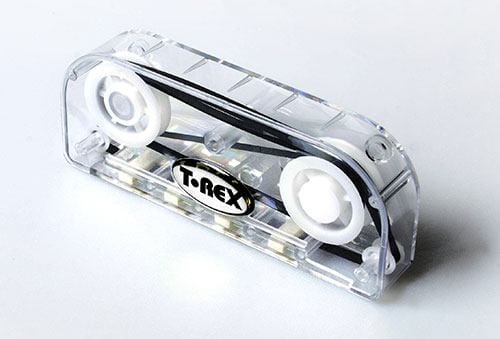 You get a tap-tempo footswitch and another for engaging the echo effect itself. The whole system is 100% analogue and uses little tiny tape spools to run the echo. There is also a handy kill-dry switch situated on the pedals’ front as well. The Replicator Junior Tape Echo pedal all runs off its own included 18v power supply.

All in all, it looks like a really sweet little piece of Danish engineering and I want one!

No official pricing as yet and so we wait with baited breath to see if it will be under £500, we will update the article with pricing details as soon as they are officially released. 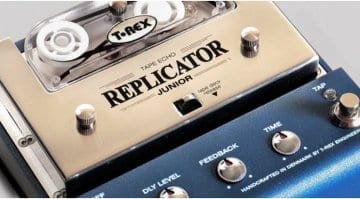 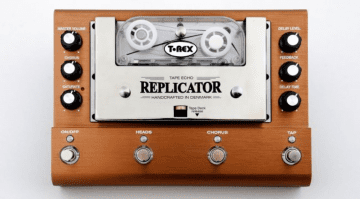 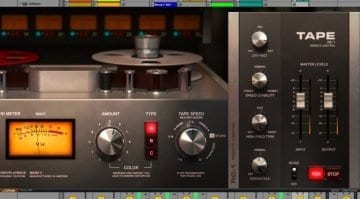 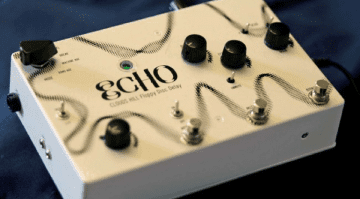