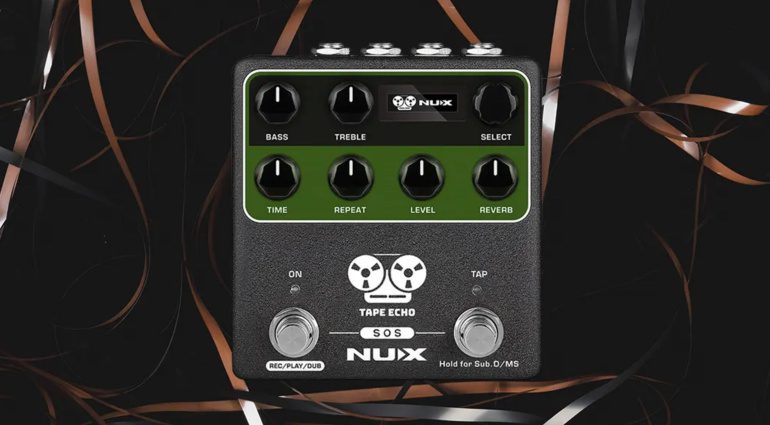 Just a few days after the official confirmation of the new BOSS RE-2 Space Echo, NUX presents us with the NDD-7, a new tape echo in ground pedal format. The slightly larger housing offers two foot switches, as well as a display and large controls for easy operation, despite extensive possibilities. Which device would you prefer?

The NUX NDD-7 Tape Echo is a tribute to the Japanese made Roland Space Echo 201 from 1974. Analog tape echo devices record incoming audio signals on a magnetic tape loop and then play the endless loop through the playback head before it is erased by new incoming audio signals. The original Space Echo devices used a 1/4-inch tape, which was wound up on tape coils, and combined these with an onboard spring reverb.

To realise these properties, NUX used so-called core image technology for the Tape Echo. This should include all functions and sounds of the original, including the physical properties such as WOW, FLUTTER, and SATURATION. The features of the hardware are impressive: it has sampling rate of 48 kHz, and 32 bit A/D converters. You get an delay time of up to 1600 ms. 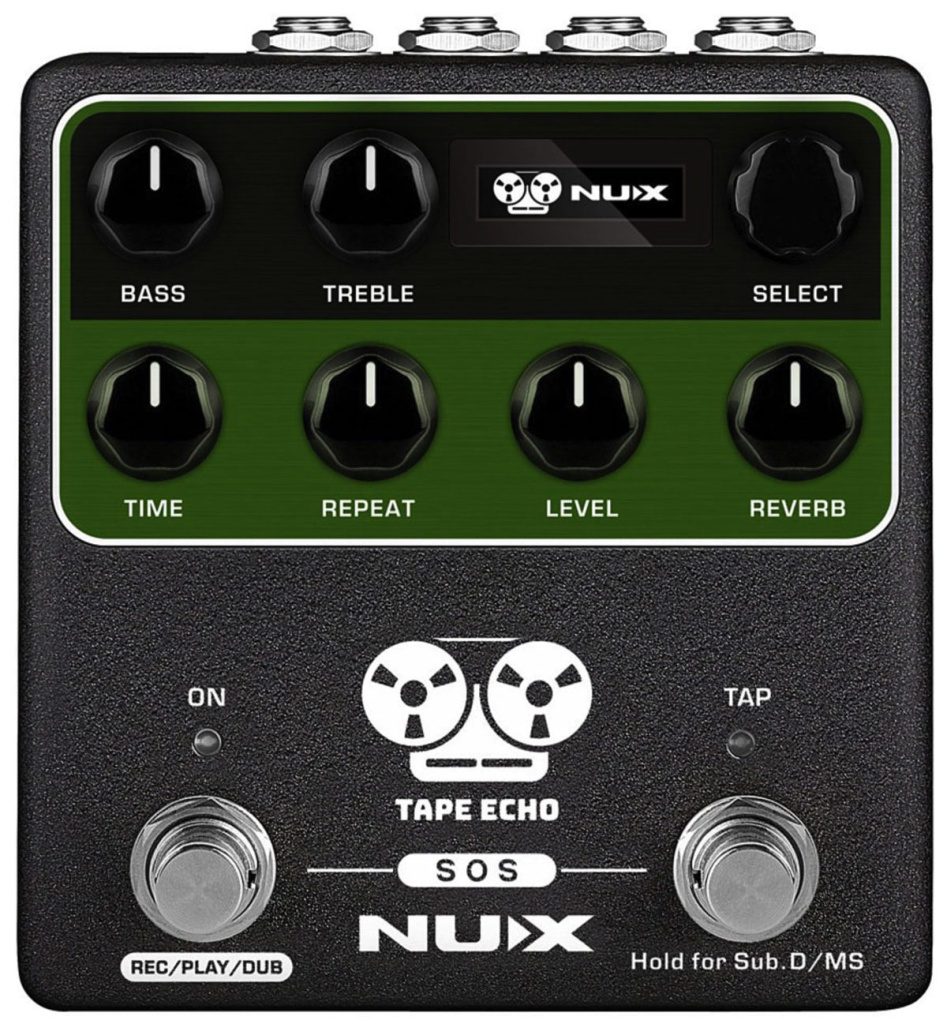 The pedal offers controls for BASS, TREBLE, TIME, REPEAT, LEVEL, REVERB and SELECT (Repeat Pattern). Holding down the SELECT button allows access to alt-tweaking for the SATURATION, WOW, FLUTTER, KILL DRY,and EXP. Of course, more extreme options are also possible: If the on/off foot switch is pressed down, self-oscillation begins. A special feature of the original Space Echo was its spring reverb, which has also been recreated here. 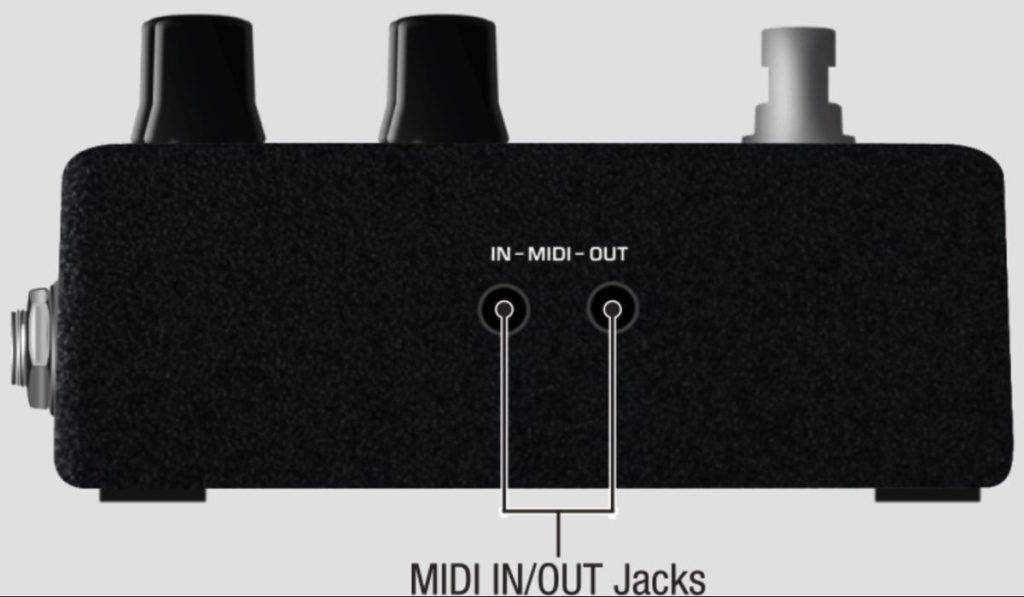 By simultaneously pressing the ON and TAP foot switch, you can enter SOS mode (Looper). In this state, the ON foot switch serves as the REC/PLAY/DUB for the phrase-loop function. The display then shows you the current loop status. During loop playback, you can even quit the SOS mode and the loop continues to run. This allows you to easily change the parameters and then return to the SOS mode. The recording capacity is 40 seconds in stereo. 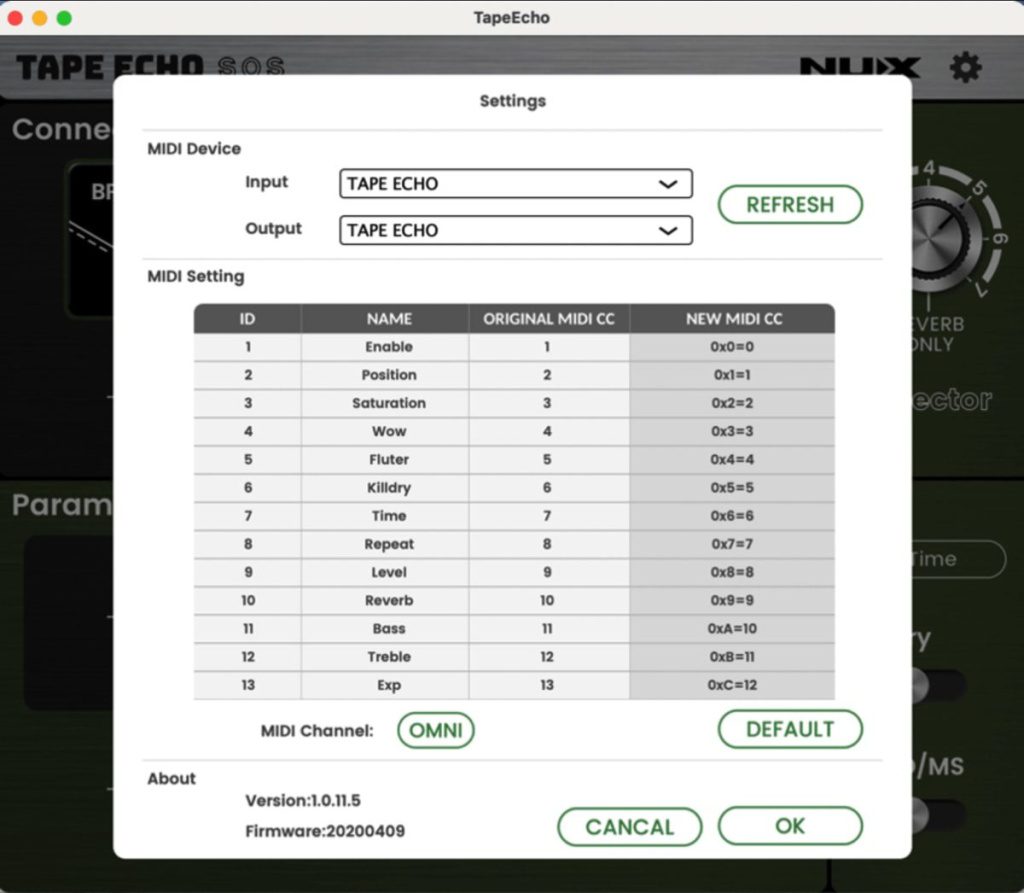 The effect pedal has 3.5 mm MIDI IN/OUT sockets. Settings can be assigned via additional TRS/MIDI adapters and the corresponding editor. It looks like it is a surprisingly versatile delay unit for guitarists and keyboardists.

The pedal is expected to be released by the end of July, and I have seen dealers listing it for around GBP 142. If you are looking for a retro echo sound, this new NUX may be worth checking out.