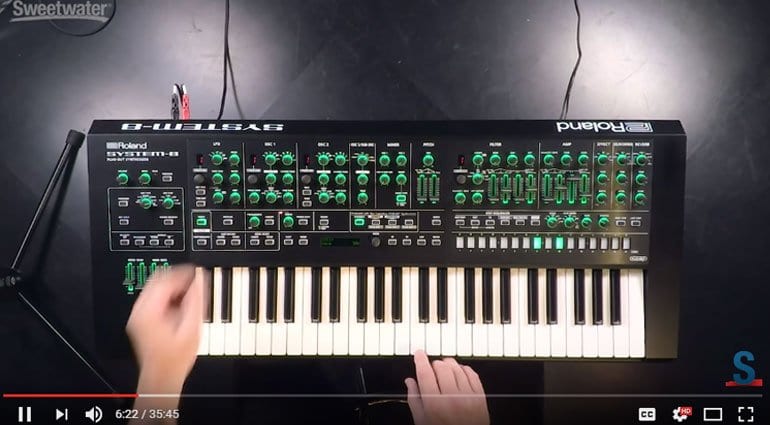 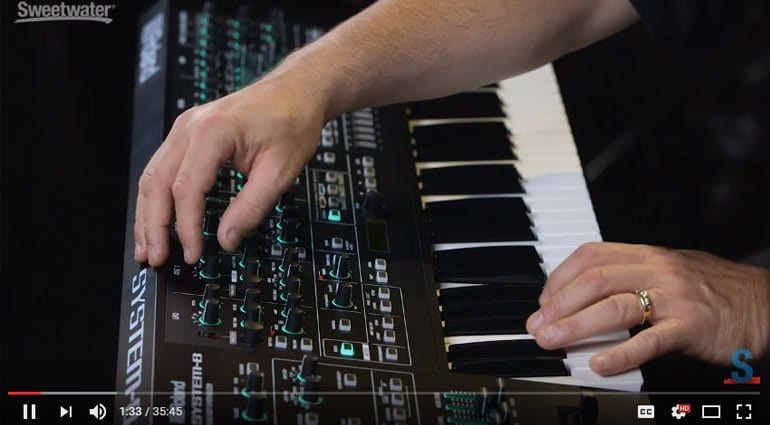 Sweetwater have posted a video demoing the new Roland System-8 which isn’t due to be announced until later today. Although images had already been leaked a week ago this will surely be a trifle annoying for Roland’s big 909 day reveal schedule.

Daniel Fisher, head of product optimisation at Sweetwater spends half an hour taking us through the synthesizer. It’s an early release model and they don’t have a manual but I think most of the functionality is easily discoverable. He says that it comes with Plug-Out versions of the Juno 106 and Jupiter 8 which is pretty darn cool right off the bat.

Check out the video below for all the System-8 wonderfulness…. although it looks like Sweetwater have been slapped and the video has been made private. Hopefully full details on this synth will be released soon…..

One response to “909-Day: Roland System-8 demoed on YouTube ahead of release”