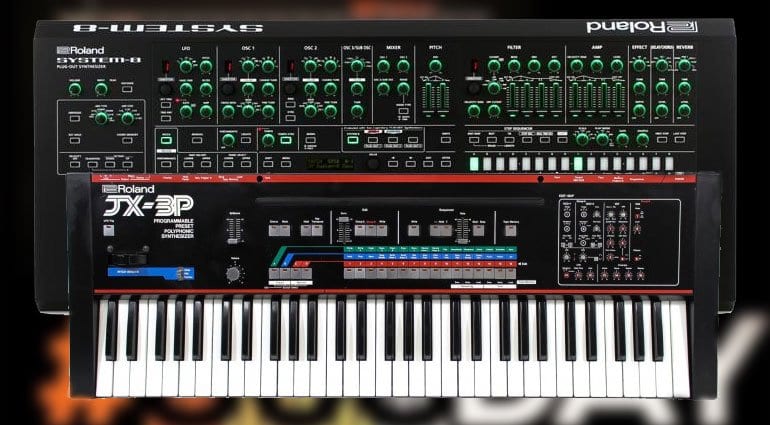 As expected Roland has released an update for their System-8 synthesizer which includes a new Plug-Out version of a classic synth. Turns out it was the bookies favourite JX-3P.

The update is version 1.30 and is available now for all System-8 owners. JX-3P is preloaded onto the Plug-Out 3 button along with the existing Jupiter-8 and Juno-106. That makes the System-8 a pretty formidable synthesizer.

The JX-3P originally appeared in 1983 as a 6-voice polyphonic synthesizer with 2DCO’s per voice, resonant high and low-pass filters, chorus and a huge 128 step sequencer. It never had the front panel controls of the Juno or Jupiter range, it was designed more for people who just wanted to access the presets. So it will be interesting to see what sort of controls will be mapped across the System-8’s field of knobs. I imagine it will mirror the PG-200 programmer unit you could add to the JX-3P for deeper programming.

It’s possible that a plug-in version may make its way to the RolandCloud before too long so that we can all enjoy this virtual recreation of a classic synth. Because this is all built with Roland’s ACB virtual analog technology – it’s just software. But going by the rest of the releases they are all as authentic as you’re going to get.