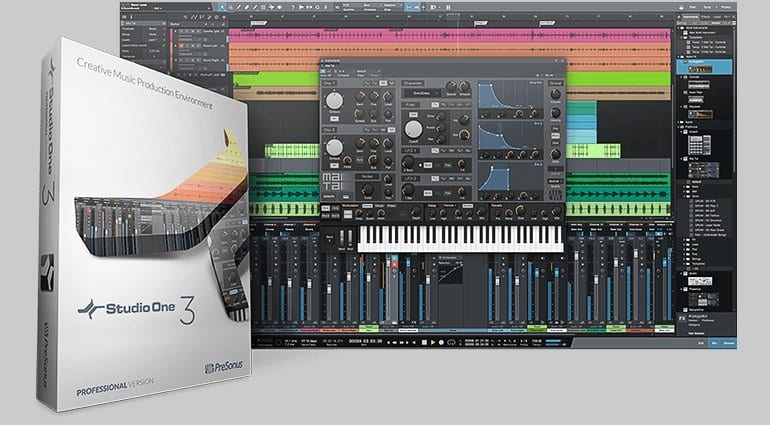 This year my attention has been repeatedly drawn to the world of Presonus and their Studio One DAW software. As a Pro Tools user, I’ve noticed similar features appearing in Studio One and heard about respectable music industry professionals using Studio One, with some even migrating from other DAW’s. This update appears to continue the same story with another chapter of familiar features. Maybe it’s about time we took this affordable DAW seriously?

There’s a substantial list of bug fixes included in this update for those that already run the software, which is always satisfying to see. However, the main spot light with this update is placed on the integration with their new Notion 6 software. Robin reported on Notion 6 here, saying “the notation market often feels dominated by Sibelius and Finale so it’s good to be reminded that they are not the only options on the shelf”. I completely agree with him and find it interesting how the integration is similar to that which Pro Tools and Sibelius offer.

Some light has also been shone on improving the GUI, which although it isn’t radical, has received significant workflow enhancements for the mixing environment. These include global effect bypass buttons for AB comparisons and plugin or channel deactivation. This deactivation control will help reduce CPU usage via unused channels. There are also some improvements to multichannel editing, particularly for multichannel drum recordings which look very useful.

Whilst these updates aren’t groundbreaking, they are the building blocks for a substantial and professional DAW of today. As a Pro Tools user, I assume using Studio One would feel reasonably familiar. However, I wonder if there are still some missing links – I look forward to trying it out soon!

Head over to the PreSonus Studio One webpage for more information about the DAW and this latest update. Existing owners of Studio One 3 will receive this update for free. New owners have a range of options available from 3 different package levels, choice of hard copy or download and the usual educational rates. The full professional version via download only costs 279 GBP, which isn’t bad for what appears to now be a powerful tool. There aren’t any available monthly plans, but this might actually be attractive for many.

Here’s a YouTube video from the PreSonus Audio Electronics channel, announcing the main features found in this update.