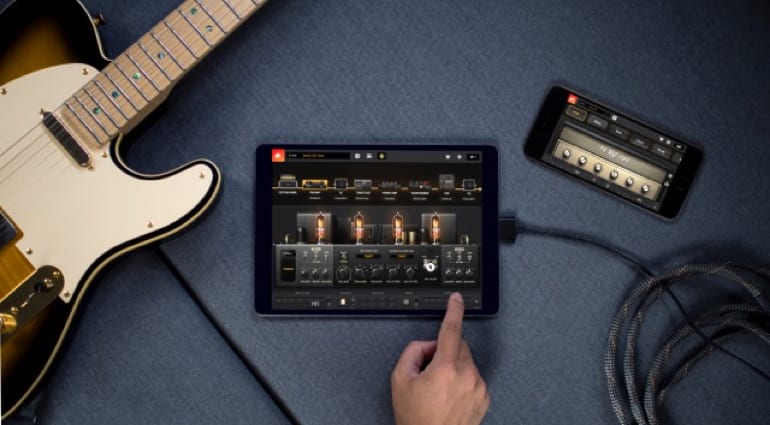 Positive Grid has just announced its new BIAS AMP 2 Mobile App for iOS that lets you run its virtual guitar amps on your Apple iPhone or iPad.

BIAS AMP 2 Mobile is Positive Grid’s new standalone mobile guitar amp and processor app for iOS. The new features in BIAS AMP 2 Mobile also integrate with their that BIAS Head, Rack and MINI products and existing users can buy the app at a discounted price.

Essentially, this gives you control over various amp models (you can also add more amp packs via in-app purchases) including their tubes, transformers, tone stacks and even multi-mic your virtual speaker cabinets. Another neat feature is the ability to add Celestion speaker IRs – again via in-app purchases. The idea here is to offer something you can tailor to suit your needs.

I like that it integrates into their existing hardware line-up and works with their Tone Cloud services, too. All of which means that you can use all the stuff that has already been modelled by users around the world, including some celebrity endorsed amp setups/patches and this all makes for a handy, mobile virtual amp setup.

Currently, it is only available on Apple’s iOS platform and so you’ll need an iPhone or iPad to run the software. Check out the demo video below for features and also an overview of the app running on iOS. If you haven’t seen BIAS Amp 2 before then head on over to my article here which covers all the basics on this virtual amp software package.

I’ve also added an intensive in-depth review made by David Wallimann that he has just uploaded to his YouTube channel, so be sure to check that one out as well.

Bias amp 2 for iPhone has no effects. And bias Fx is not available for the iPhone ….