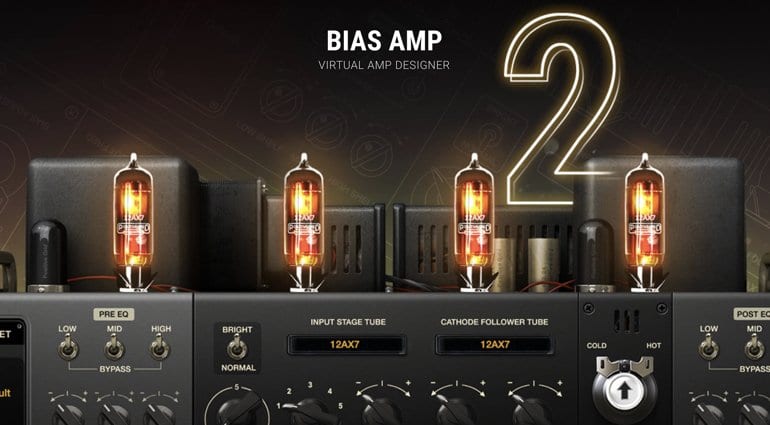 In Part Two of my Virtual Guitar Amp Software roundup, I will be covering the recently released Positive Grid BIAS Amp 2. This new updated version of the software includes some pretty handy new IRs including the option for some licensed Celestion models of speakers, amongst other things. The first part covered Line 6 Helix Native, so you might want to check that out to compare.

Positive Grid’s BIAS Amp 2 has three distinct versions, with the price rising as features are added. It caters for different budgets, with the Standard version coming in at $99, Pro at $199 and Elite at $299. Unlike Line 6’s Helix it does not include the effects, apart from a basic reverb and a noise gate, so you need to take this into account if you are really counting the pennies.

However, you can buy their BIAS FX Standard from $99 or the FX Pro at $199 if you want an integrated effects solution and the two work together, I did not test the effects and so will only be writing about my experiences with the Elite version of the software. Currently, there is a sale on and so you can shave $30 off of each of those two prices as well.

One thing I did enjoy was that I can run BIAS Amp 2 without loading up my DAW, as it will happily run standalone and it means I could just audition and create my own patches quickly without needing to fire up Logic Pro X on my iMac. It is a simple thing, but does make a difference and means less loading up time and overheads when you just want to play or build your own tones. 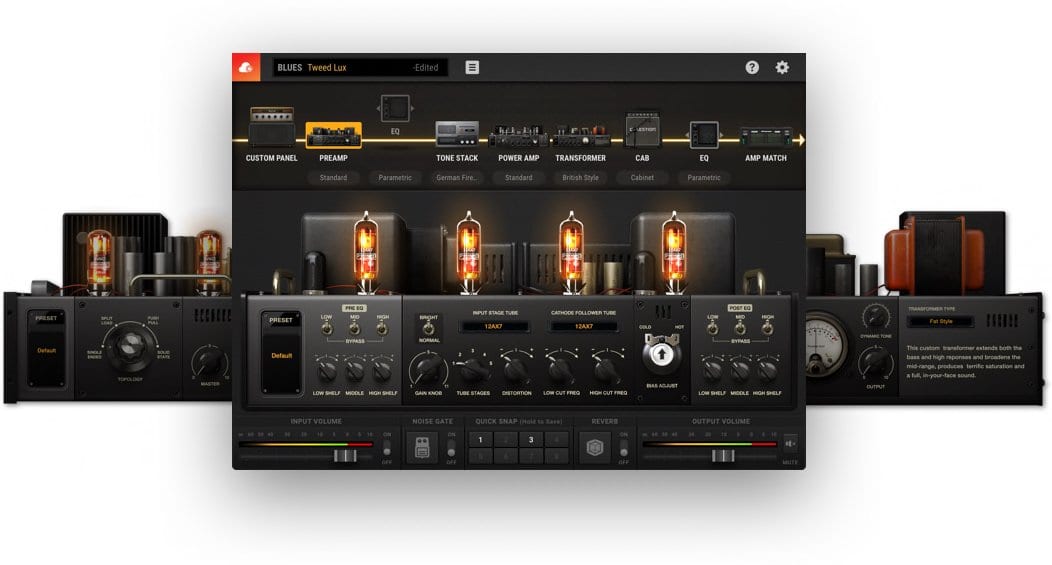 With plenty of control over each and every aspect of the various amp models, the cabinets and also the microphone placement, BIAS Amp 2 has many options at a component level, meaning that you can seriously tailor your tones. For instance, you can swap out preamp tubes and also power amp valves, or you could completely swap out the preamp section of one amp model and drop in another, therefore building your own hybrid virtual amplifier. Plus, you can run your virtual tubes with hotter or cooler biasing to recreate the effect that this has on an amp’s overall tonality.

You can easily get lost in this endless tweaking and if like me, you enjoy dabbling, then this is actually a lot of fun and allows you to create some very custom models to play through. Of course, you don’t need or have to do this, but I would suggest it is one of the coolest aspects of this particular software package. I also enjoyed downloading and trying out the amps from other users via the Positive Grid ToneCloud. This area is for sharing amp models and also the matched amps as well.

By using Amp Match it gives you the ability to learn amp sounds via either mic’ing your own amp or importing a guitar track with a specific amp tone you are chasing, A handy feature and one that can ‘get you in the ballpark’ for certain amp tones you are chasing. Overall, I found the amp models included to be pretty dynamic and touch sensitive, especially when run at higher sample rates.

The inclusion of a decent amount of good quality Impulse Responses including the Celestion speaker models is also huge plus point for BIAS Amp 2, as it is where you can ultimately manipulate the output of your virtual amp and something I have always found makes a marked difference when recording, especially here as you can combine it with a couple of virtual microphones and really get the most out of the having a flexible recording of your virtual amp.

Yes and no, I like that it caters for all budgets via the various versions and that you can choose to add the optional effects software packages as well. However, if you buy both the BIAS Amp 2 Elite version and BIAS FX Pro you are looking at the best part of $500, which puts it at the top pricing tier when compared to the competition.

But, if you like to dabble and build your own amp tones, then actually it works out as a reasonable deal because you get a lot of choices and control over your virtual amp rig.

For me, the strength is in the customisation and also the ToneCloud, as both of these functions give you a vast amount of amps to build and play with. It is almost never ending and if you think you would enjoy tweaking your tone, then I would highly recommend this software. The quality of map modelling is high and the fact it can work out tones via the Amp Match function makes it a really handy studio tool as well.

I really enjoyed the overall look and feel of the GUI and think it is easy to navigate, which is always important for software like this in my opinion. I hate manuals and so being able to just dive in and create was a lot of fun and a major strength for me personally.

The obvious ‘Achille’s Heel’ is the fact you don’t get an array of built-in guitar or studio effects with just the BIAS Amp 2 software, although the nine included reverbs are all really useful and work well with the various amps. It is certainly something to take into consideration when buying a virtual amp software package, as you may obviously need some effects.

Taking this into account I would still say that the Positive Grid BIAS Amp 2 software package is a good one, as the amp and cab models themselves are top notch and have a good dynamic feel to them. I tried it out with various guitars and found it responds well to your playing style and for me, this is very important and more of a consideration than having lots of bundled effects that I would not necessarily use, as my DAW has plenty of high-quality effects loaded in already.

Perhaps one for players that want specific custom tones and perhaps more suited to those with a larger budget, or that already have some good quality effects they can use in their recordings.

Available for Mac and Windows, 64-bit and runs via AU, VST 2 and AAX