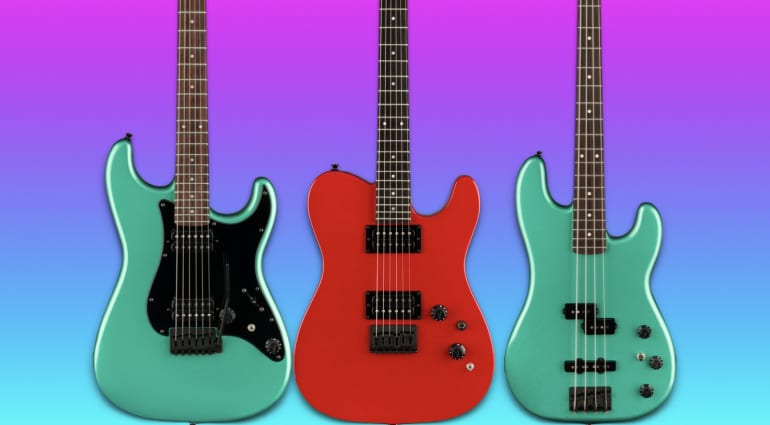 We already saw the Fender Japan release of the Boxer Series Stratocaster HH models back in the beginning of January. Two more models have been added to the range, including a Telecaster and a Precision Bass model. These instruments weren’t particularly popular in the ’80s, will they find a new, more receptive audience this time around? Let’s take a closer look

The return of these not-so-classic ’80s models is looking like it’s now a thing for Fender, so be prepared for some more retro-looking nostalgia guitars. As of now, Fender Japan has just announced two new models, the Boxer Telecaster HH and the Boxer Precision Bass. As mentioned in the introduction this follows on the release of the Boxer Stratocaster HH model, which is a guitar that I remember well from my youth and hated with a passion, so I’m not really a fan. I will always remember them as the cheaper nasty looking cousins, that would always turn up in second hand shops and pawn brokers. They had Fender on the headstock, but no one really wanted them back in the late ’80s and early ’90s.

Now that Fender Japan has revived the Boxer Series, maybe the younger generation will take to them? Just because I don’t like them and they evoke negative memories, doesn’t mean to say that they aren’t good instruments, and I am sure plenty of Fender players will love them.

They all have basswood bodies, which is a great choice for solid colour guitars like these. All models also have maple necks with rosewood fretboards and dot inlays. You can get the Stratocaster and the Precision Bass in Sherwood Green Metallic or Inca Silver finishes, and the Telecaster in Torino Red or Inca Silver. All models have very ’80s looking black hardware, plus a painted black headstock.

Both the guitar models come with a pair of Boxer Series Humbucking pickups. If they are anything like the ones I remember as a teenager, they will be on the slightly hotter side of things. The bass has a set of Boxer Series PJ pickups. The guitars have a 2-Way toggle coil-split, and all models have a TBX tone control, which is essentially a dual-notched pot which adds extra highs on anything past 5 on the dial.

I really think the pricing on these models is way too high. At $1199.99 each, I honestly think they’re pushing it. Maybe it’s because I remember these being sold for £200 each as a kid. I simply could not justify paying this huge amount for such an unwanted guitar from my youth. Sure, things cost more in 2021, but I just don’t really see the appeal of these Boxer models personally, as I have plenty of experience of the original Boxer guitars which I loathed at the time.

What are your thoughts on the original Boxer series? Are you happy that Fender brought these back, or would you rather have left them in the past? Let us know in the comments section below! 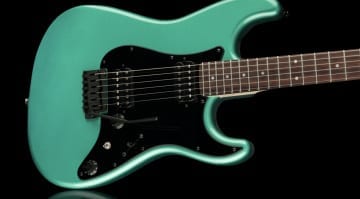 The Fender Boxer Stratocaster HH from the ’80s returns