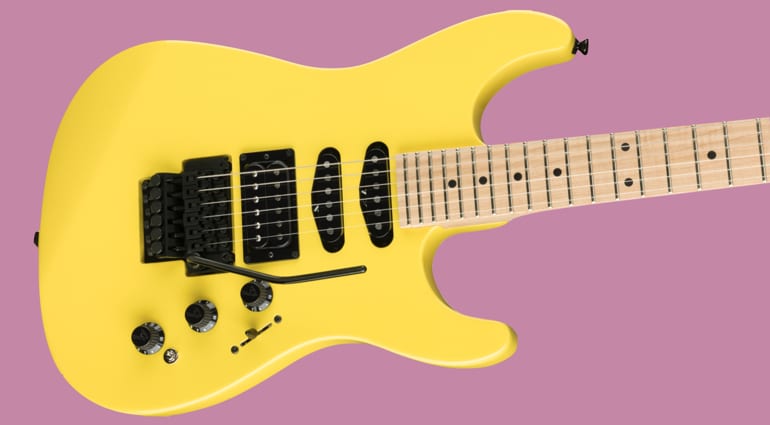 Having already been leaked accidentally by Reverb seller mundt music of Longview earlier this month, Fender now officially launches the new Fender HM Strat Limited Edition. The guitar is a recreation of the original model that was available from 1988 to 1992, but with a few notable differences.

The distinctive ’80s ‘Strat’ logo on the black headstock and unusual 25″ scale length are still there. The body is still made out of basswood and routed for an HSS configuration. The 24 jumbo fret neck, ‘F’ logo knobs and Gotoh tuners have also been carried over from the original.

So would it make sense to buy an original?

However, the DiMarzio pickups and Kahler Spyder trem system of the original are missing. Instead, you get a set of Fender’s own pickups and a Floyd Rose Special trem. I find that to be a bit of a compromise, and one I’m not too pleased about to be honest.

It’s disappointing that Fender has opted for the cheaper Floyd Rose Special locking trem with this guitar, especially at this price point. Surely, it makes sense to put a Floyd Rose 1000 onto this Japanese made guitar? Talk about penny-pinching! I think this is a really poor move on Fender’s part.

This could have been a real heavy hitter, but the cheaper import Floyd has tarnished it for me, personally. I would rather go out and hunt down an original. They’re great guitars, and can be had for a lot less than what a new 2020 model will set you back.

You can check out our demo video of the new HM Strat Limited Edition below. 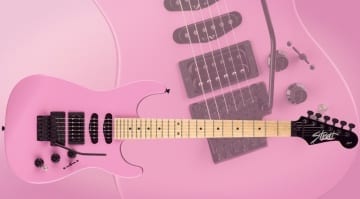 2 responses to “NAMM 2020: Fender brings back the HM Strat in a Limited Edition”