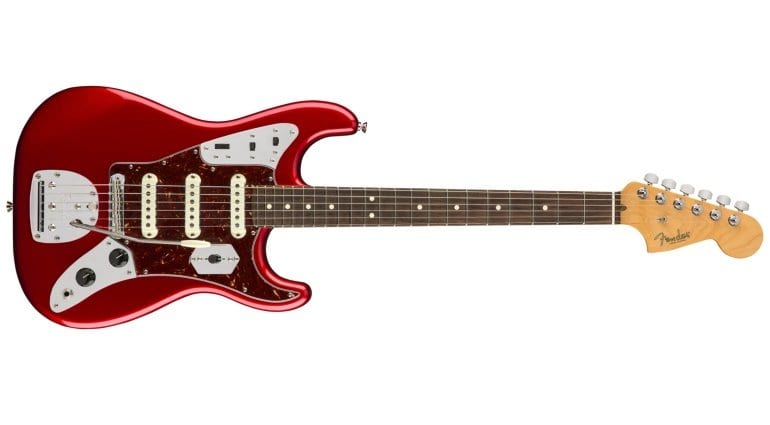 Fender’s Parallel Universe 2018 Limited Edition Jaguar Strat is a Jaguar in Strat garb. At first glance, the body shape may resemble a classic Stratocaster. But the electronics and the bridge are clearly all Jaguar.

With the Fender Parallel Universe Limited Editon Jaguar Strat you are getting a mish-mash of two classic guitar designs. Aesthetically, this may not be everyone’s cup of tea. We covered the leak of the Parallel Universe series earlier this year, and this new one is among the more pleasing designs, I feel.

The 22-fret neck has a scale length of 25.5″ – very Stratocaster, that, as a Jaguar usually comes in at around at 24″. The modern radius of 9.5″ is a bit flatter than the vintage version. In terms of electronics and hardware, it clearly looks like Jaguar!

Three American Vintage ’65 Single-Coil Jaguar pickups were installed, while all the switches mirror the well-known Jaguar layout. The classic Jazzmaster/Jaguar Bridge with vintage floating tremolo with lock button looks a bit out of place on the Stratocaster body, though. 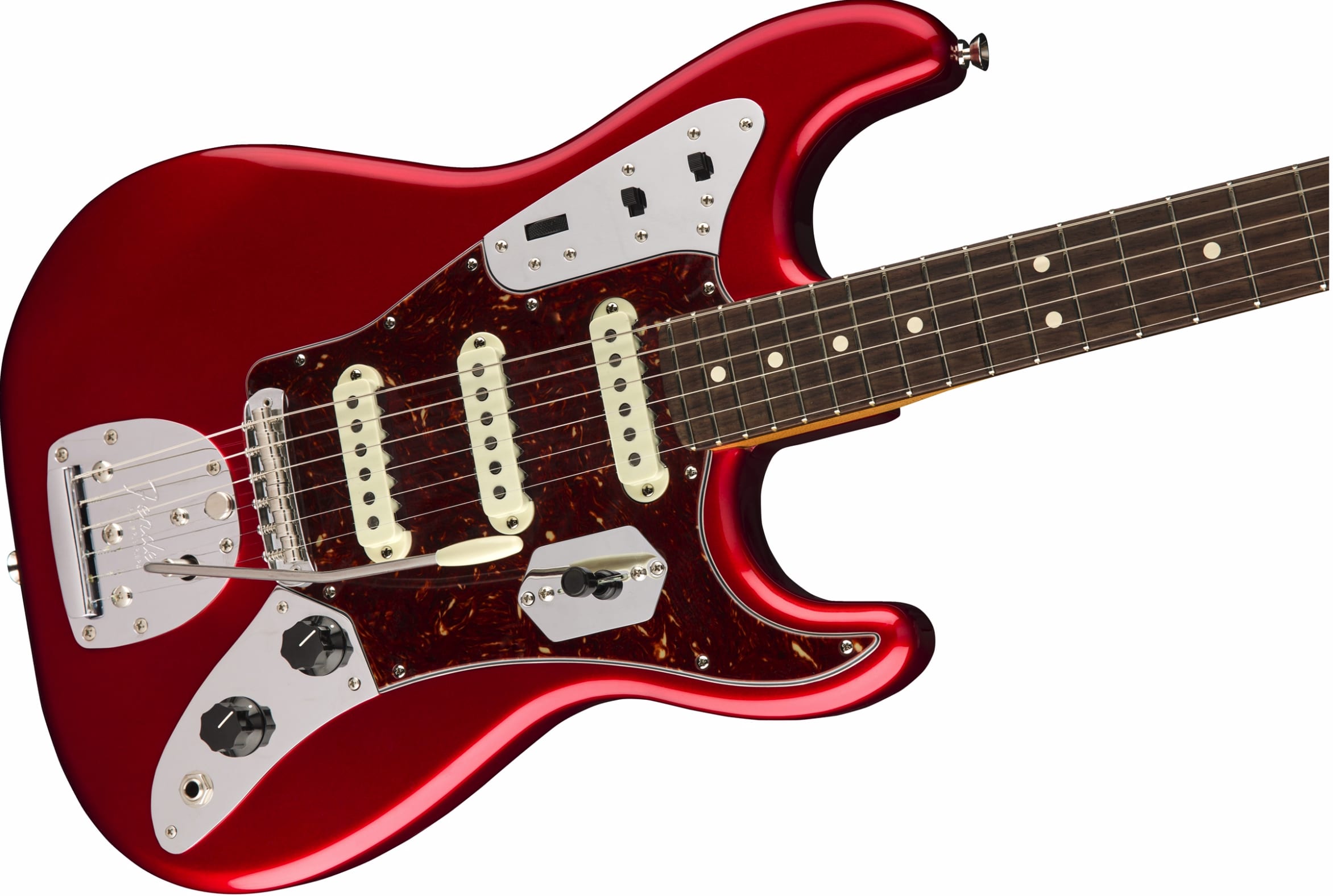 This guitar has a very unusual look. But the Fender 2018 Limited Editon Jaguar Strat somehow manages to make everything fit harmoniously. Sure, purists will probably not be able to do much with this kind of electric guitar. But Fender has already attuned us to its willingness to experiment with their classic designs. That’s what the Parallel Universe Series is all about.

This guitar is available only in a shiny red nitrocellulose finish. And as is often the case with limited editions (this guitar ships from Corona in California) it is not a bargain, coming in at EUR 1829. The hard case is included in the price. If you like experiments, love Jaguar features, but still have a hankering after familiar Fender designs, then the Fender 2018 Limited Edition Jaguar Strat will be one to check out.