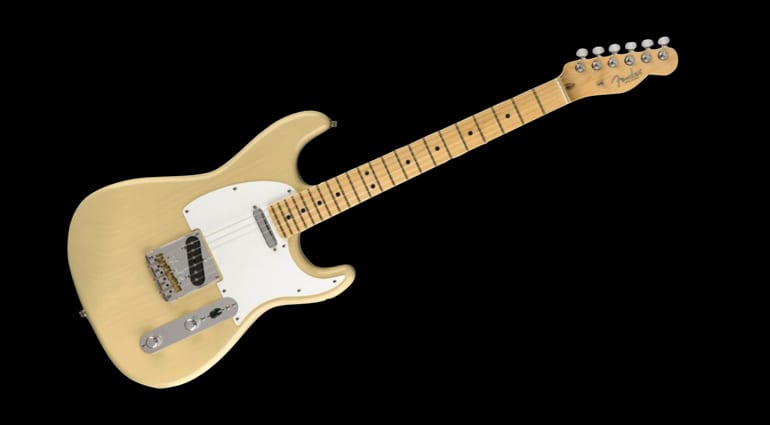 The Fender Parallel Universe 2018 Limited Edition Whiteguard Strat has now been officially released. It is part of the company’s line-up of, ahem, alternative variations on old favourites.

The whole Parallel Universe series of guitars is a reimagining of classic 1950s and 1960s Fender designs. Some of these mash-ups work better than others and many, shall we say, have divided opinions amongst guitar players. I feel that this one possibly falls into the latter category myself.

The Whiteguard Strat is a Telecaster/Stratocaster hybrid with the curves of a Strat applied to the utilitarian design of a Tele. The two aspects don’t fit well in my opinion, though I’m sure many players will appreciate it.

Turning to the hardware, the Whiteguard Strat has an American Professional Tele bridge with three brass barrel saddles and uses a pair of Custom Shop ’51 Nocaster single-coil pickups, with a traditional Telecaster control plate, Volume/Tone controls and three-way switch.

The aesthetics combine a Tele-shape ‘White Guard’ scratchplate on a Stratocaster body that has a nice nitrocellulose finish. The neck is maple with a C-profile. The Telecaster headstock has modern Fender Tuners. It’s all very”Parallel Universe’ and quirky. 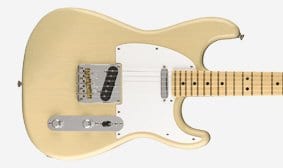 A bit of a howler?

Hopefully, it will sound like a good quality Telecaster. Visually, I think it’s a bit of a dog’s dinner. Not the nicest looking guitar on the rack, but potentially a great playing one, one that should have some good sounds available.

But I believe the price is way too high for what you are getting – limited run or not. This is one expensive mutt.