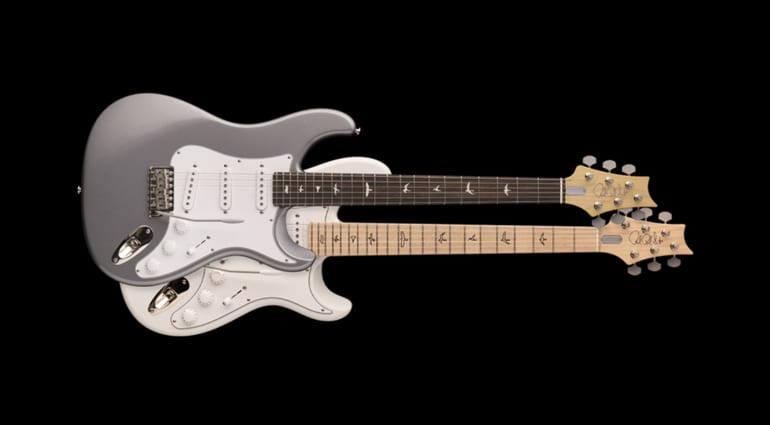 PRS launch the John Mayer Silver Sky model with maple neck and new colours. There is also a Limited Edition version, with a unique Nebula finish.

Last year, John Mayer was spotted playing a maple fretboard version of his signature PRS Silver Sky model. It is now officially being launched as a production model along with a new limited edition version of the guitar.

The maple board is not the only upgrade the Silver Sky gets this year. For 2020, you can choose between the original Dodgem Blue, Golden Mesa, Moc Sand and Orion Green finishes, or the brand-new Midnight Rose and Polar Blue colour options.

“I’m so excited for this next step in the evolution of the Silver Sky. With new body colours, a maple neck variant, and a special limited-edition colourway, the spirit of this guitar feels stronger than ever,” John Mayer.

Limited to only 500 pieces worldwide, the Silver Sky Limited Edition comes in a flip-flop Nebula finish. This is one of those special finishes that changes under your eyes, the type used on custom cars.

The Silver Sky has been an immensely popular guitar among players in online guitar forums. If you are a fan of Mayer and haven’t bought a Silver Sky model yet, then you may want to reconsider this year.