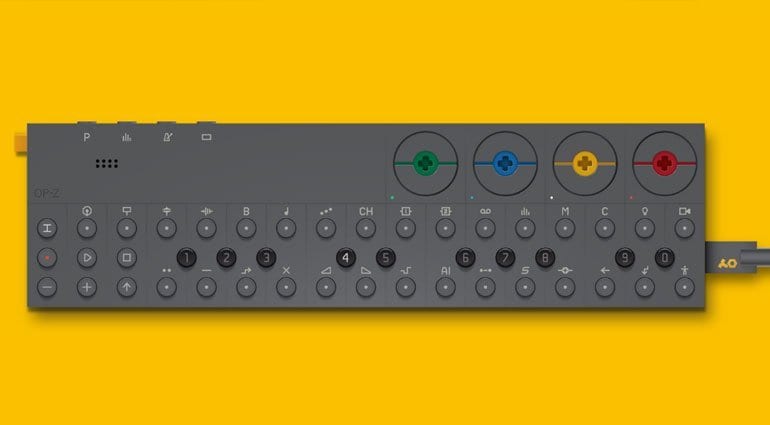 The OP-Z was first seen at last year’s NAMM. It was a box of drums, noises, synths and sequencing combined with a weirdly visual interface running on a computer. Teenage Engineering have developed it much further since then and although it’s still some way off, it’s being previewed at the show and on their website.

It’s still ugly. I did hope they might do something a bit snazzier with the box itself, but no, they are obviously committed to the grey. They are also happy if the demure size upsets you – they are a funny bunch. It’s about half the size of the OP-1 but has more DSP power and a longer battery life. The “Z” in the OP-Z stands for the “third dimension – the depth involved in making music”. They seem to suggest that means animation and video, art and lighting to accompany your live show.

I’m still not sure what this is yet.

Let’s skip the metaphysical marketing and get into some feature details. OP-Z is a 16 track sequencer with what appears to be 16 instrument types, all tied to a separate track. You’ve got kick, snare and percussion on the first three, then sampler, bass and lead, an arpeggio, chords and two FX slots. Then you have tape, mixer and MIDI and finally CV/trigger, light and motion. They appear to be fixed so if you want the most out of the OP-Z you need to be doing all these things. The sequencer is very interesting. There are endless steps, independent track lengths and speeds. You can step or live record. You can sequence externally over MIDI on track 13 or over CV/trigger on track 14. Image, graphics and DMX lighting can be sequenced on tracks 15 and 16. It really is a remarkable device.

But what perhaps brings it alive is the connection to the OP-Z app. They call it BYOS or bring-your-own-screen which is slightly misleading as the App is for iOS only. The app provides a visual representation of what’s going on inside the OP-Z. It also allows you to harness various iOS device based technologies such as the camera, photo library and dropbox to utilise your own images and artwork.

Lastly the OP-Z wants to work with Unity 3D, a games graphic platform, for generating visuals. The sequencer should allow you to manipulate polygons for animated movement in sync with the music.

It alls sounds pretty interesting and potentially ground-breaking. So far all the demos I’ve seen have been rather… mediocre. Interesting interface, some nice features as a sequencer and groove box and a decent app interface. Just not so sure about the whole lighting control, VJ, visual content generation side. Hopefully, this will become more exciting over time and they’ll roll out some awesome examples. But for the moment, for its second year at NAMM, it still seems unfinished.

Release is scheduled for September 2017 so they have plenty of time to get it rocking. 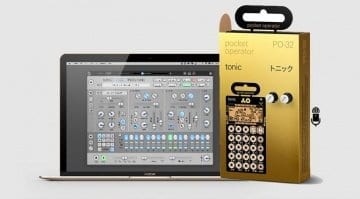