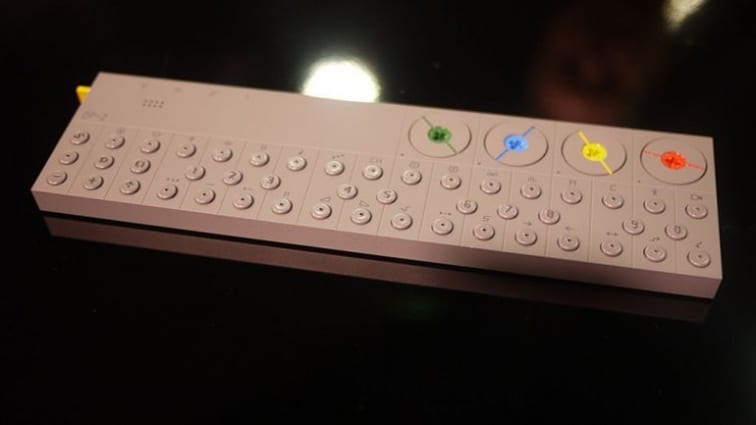 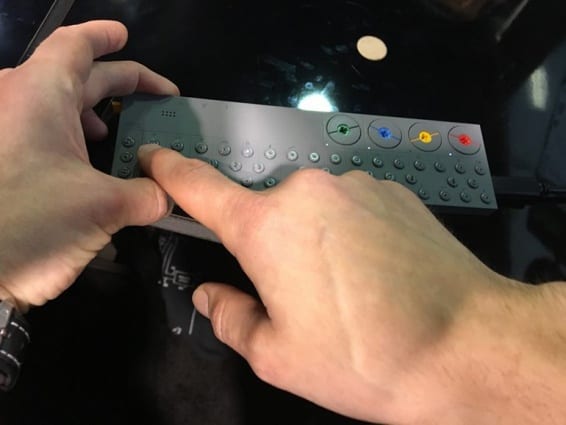 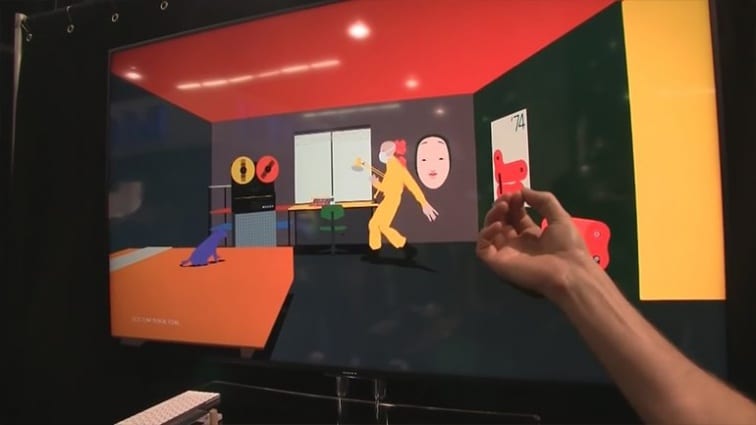 Along with the fabulous little pocket operators, Teenage Engineering also had a weird looking dark grey slab on demo, similar in size to their OP-1 but quite different in terms of layout. It’s called the OP-Z and Teenage Engineering tell us it’s not a sequel to the OP-1, that it’s something different. The display has gone, the keys are replaced with little buttons, but the four primary coloured parameter knobs remain. The box contains a synth with lead, bass, arpeggiator and chord parts, a four-part drum kit, effects and a tape sample mode. But what’s interesting is how all the functionality can be displayed wirelessly on a screen so you can really see what’s going on. The focus is on the sequencing, giving you 16 tracks of 16 steps for all the sounds and a lot of ways of manipulating and randomising those steps offering a very creative platform in a little box.

But that’s not where the most interesting innovation lies. Teenage Engineering have always included fun little animations in the pocket operators and OP-1. Now they’ve taken that idea and pumped it into the device to create sequenced animated visuals that run alongside the music. They’ve not gone into a lot of detail about the specifics but they say it can be projected wirelessly to pretty much any device and uses the Unity graphics engine. I’m not sure how you get the images or animation in there or how much manipulation you can do, but this is an early prototype so there’s probably more development to come.

Despite the out-sourced display the OP-Z is completely self-contained and can tell you what’s going on via LED’s in every button. It looks too small to be useful and yet, as with the OP-1, it also looks like a load of fun. There’s a large element of playfulness with Teenage Engineering, and their products are deliberately toy-like but the functionality is far from it. There’s no news yet on availability or pricing and we’d be lucky to see it in production by the end of the year.

There’s also no official video but this one from SonicState.com gives you a great overview: 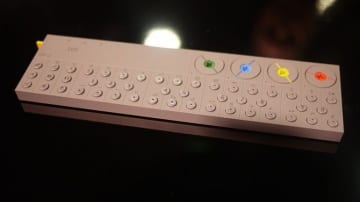 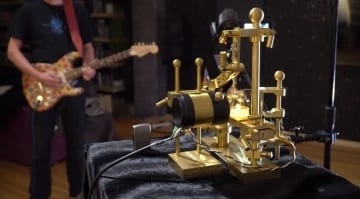 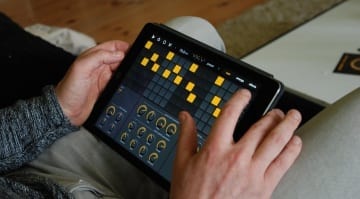