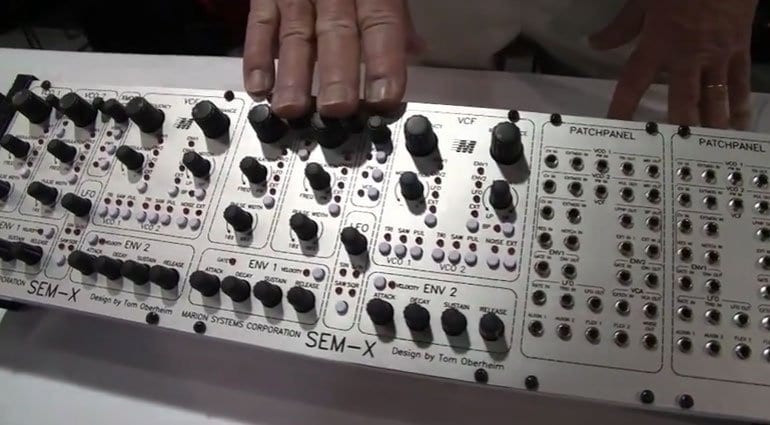 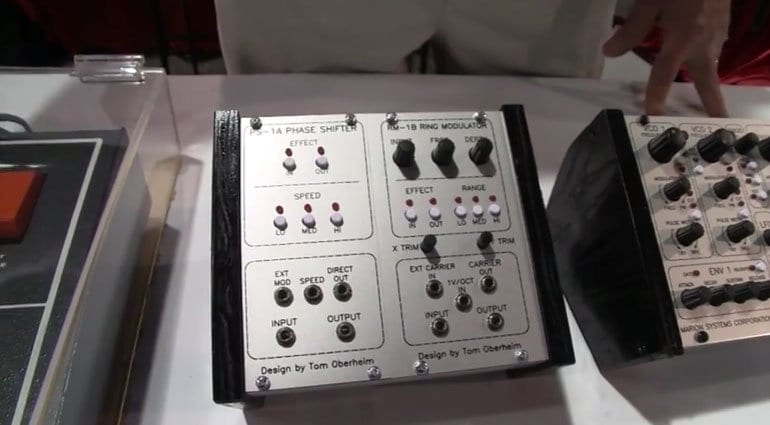 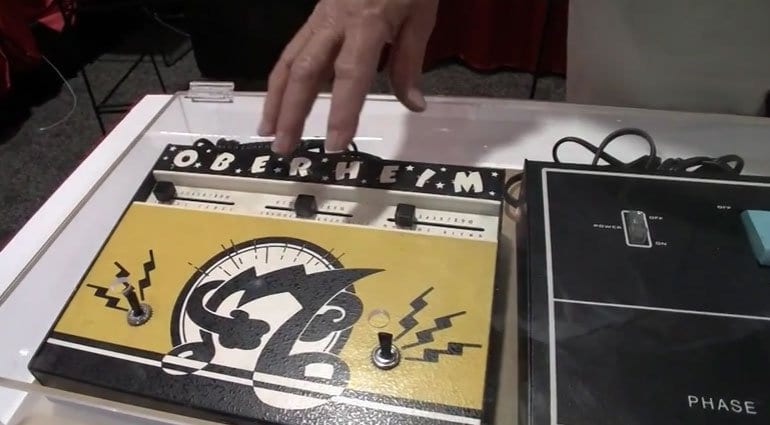 The SEM was originally designed in 1975 as an expander to existing monosynths of the time such as the MiniMoog and ARP 2600 – hence the name. But it quickly took on a life all of it’s own. In 2010 Mr Oberheim got back in the game and released an updated version of the SEM. Most of us, though, probably know it from the Arturia virtual instrument version.

Anyway, the SEM-X takes this classic synth into Eurorack territory. It’s a condensed down version of the SEM but with some additional features. It is of course completely analog. It comes with a separate 35 jack patch bay section so that you can mount it to the left or the right of the main module. The image makes it look like a very wide and substantial synthesizer but in fact the image shows two SEM-X’s side by side.

There’s no official details yet on exactly how if differs from the original or what the pricing may be but Tom says they hope to have it available in May.

In addition to the SEM-X Tom was also showing his first two electronic devices from the 1970’s, the Ring Modulator and the Phase Shifter. Both of these colourful boxes have been converted into rather plain looking Eurorack modules. Using the same circuitry as the original I imagine they sound superb – shame some of the aesthetic styling didn’t make the transition. No news on price or availability so we can label them as “coming soon”.

More information should appear on the Tom Oberheim website. Below is a video where a slightly awestruck Nick from Sonic State chats to Tom, who seems to be the nicest guy on the planet, about gear new and old. Enjoy. 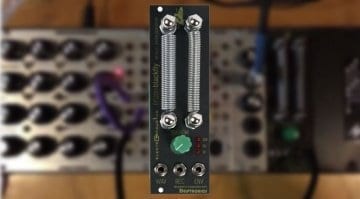