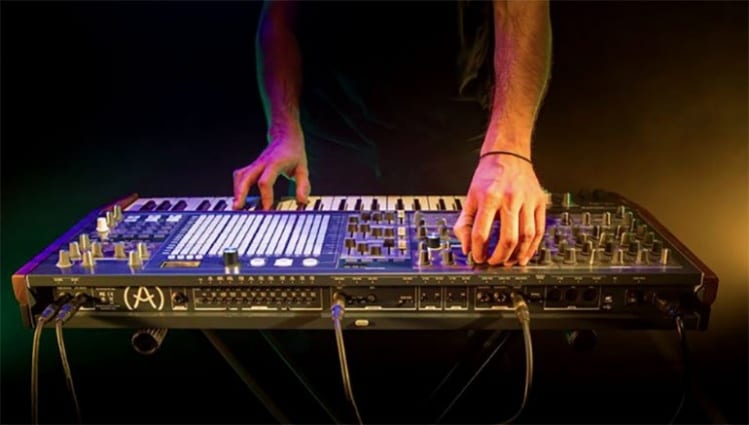 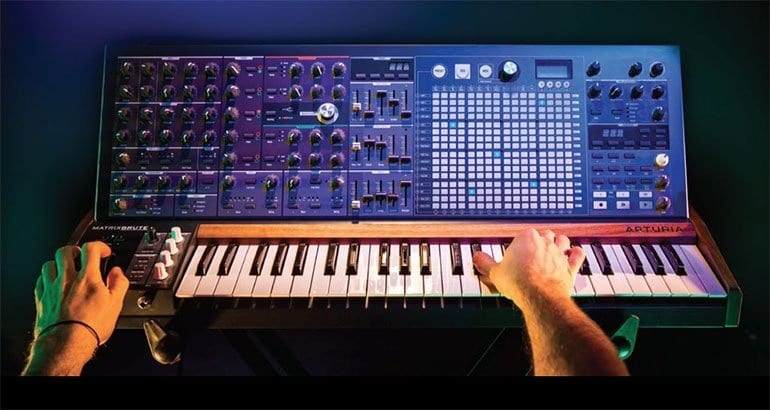 Details are beginning to surface of a new analogue synth called MatrixBrute from French company Arturia. Going in the opposite direction to all their mini and micro “Brutes” this appears to a big a huge instrument completely dripping with knobs, controls, sliders and a massive 16×16 modulation matrix that reportedly allows you to route any modulation source to any destination. Factmag.com say that Arturia call it “the most powerful analog synthesizer ever created”. Other available information states that it has 256 patch memory, the matrix is also a 64 step sequencer, there are true analogue effects and it features 12 CV inputs and outputs.

Arturia should be officially launching it at NAMM at some point today.