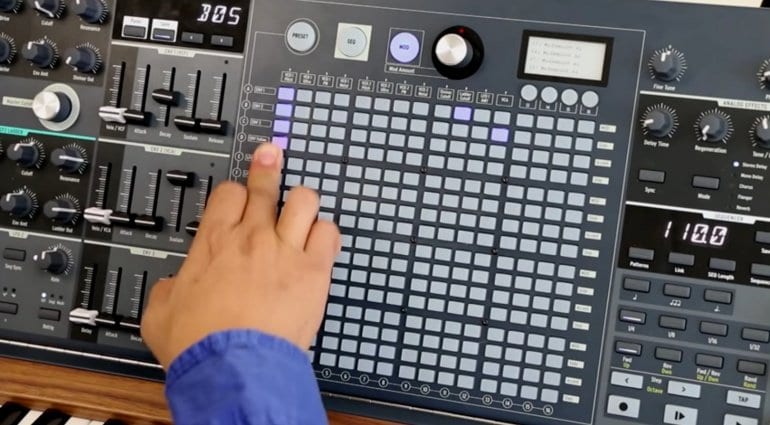 The Arturia MatrixBrute is, of course, no secret. This synth was announced back at NAMM 2016 and is already highly anticipated amongst gear heads and synth fans alike. Arturia has just released a new video showing off the MatrixBrute’s modulation parameters and so are stoking the flames of interest once more.

The teaser video below gives a really nice overview of the modulation possibilities and I really like the look of it myself. Arturia has made it really simple to assign different sources and route them to various parameters on the MatrixBrute. And this is great – the easier the better really.

I would urge you to go and watch the video below, as it makes it all look very user-friendly.

It would appear that all the manufacturers (Behringer DeepMind 12, anyone?) are jumping on the video teaser viral marketing bandwagon at the moment. It is a little annoying, but I can see how it bridges a gap between a product being announced and then finally being released.

Maybe they could just release them a bit quicker?