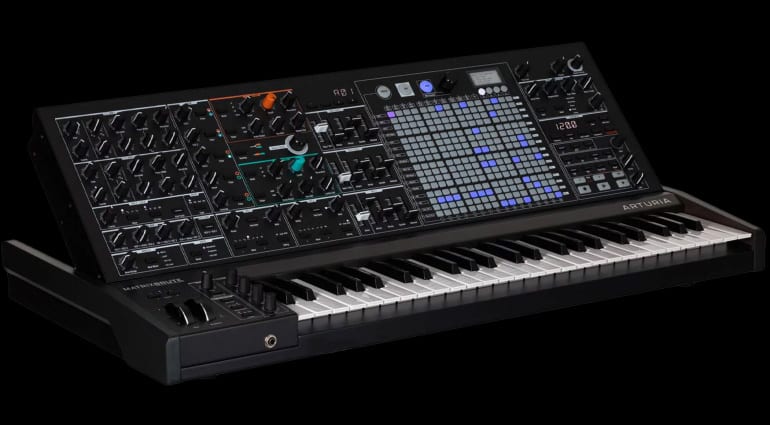 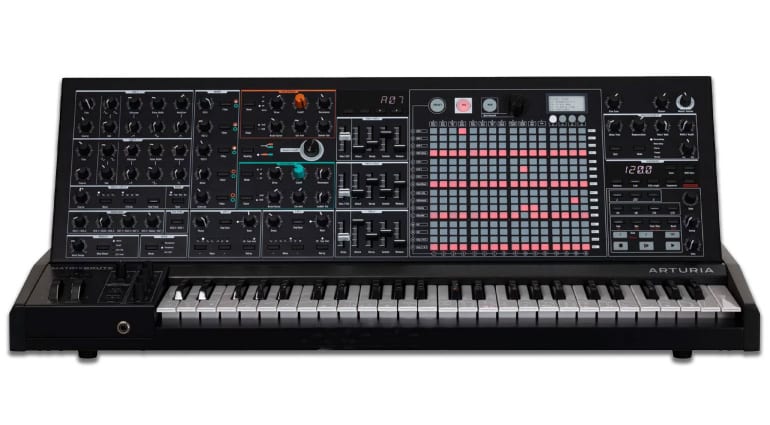 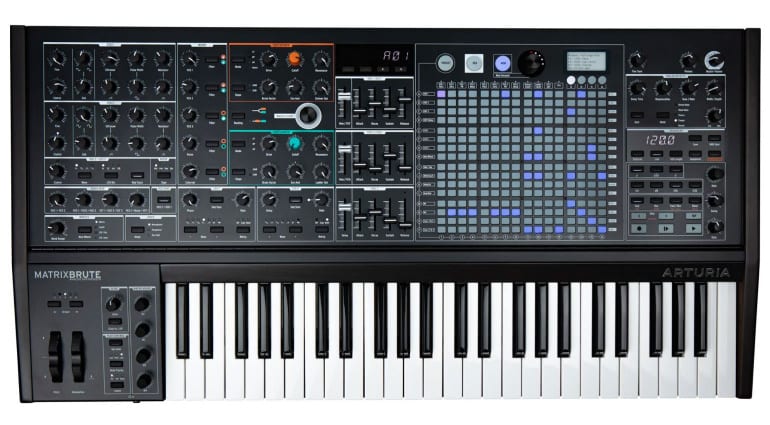 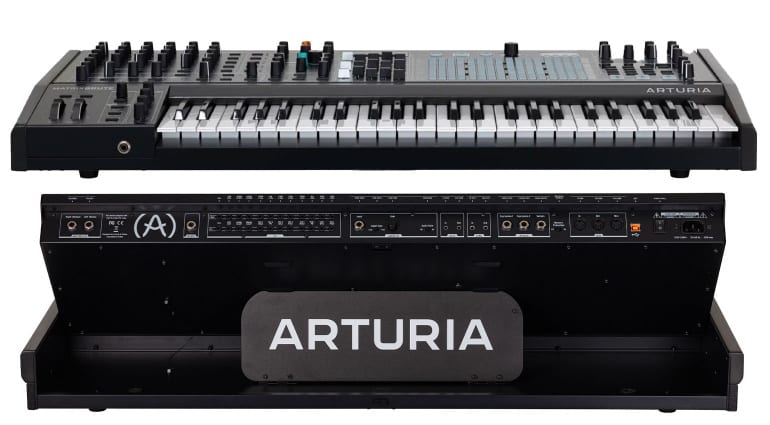 Arturia has given their well-regarded monster MatrixBrute synthesizer an overhaul with a new paint job, knob caps and black ionized parts. Welcome to the Noir.

In what appears to be a leak a number of eager online stores have posted details of the MatrixBrute Noir online. This is a limited edition of their analog synthesizer which brings a darker and cooler vibe to an otherwise unchanged machine that was originally released in 2016.

The core ingredients remain the same. 3 Brute oscillators running through an all-analog signal path to a Steiner Parker and Ladder filter, analog effects and that matrix system that dominates the front panel. The dark paint job definitely adds to the imposing size and nature of this synth. I’m quite liking the colourisation on the filter knobs. This is a great new look. 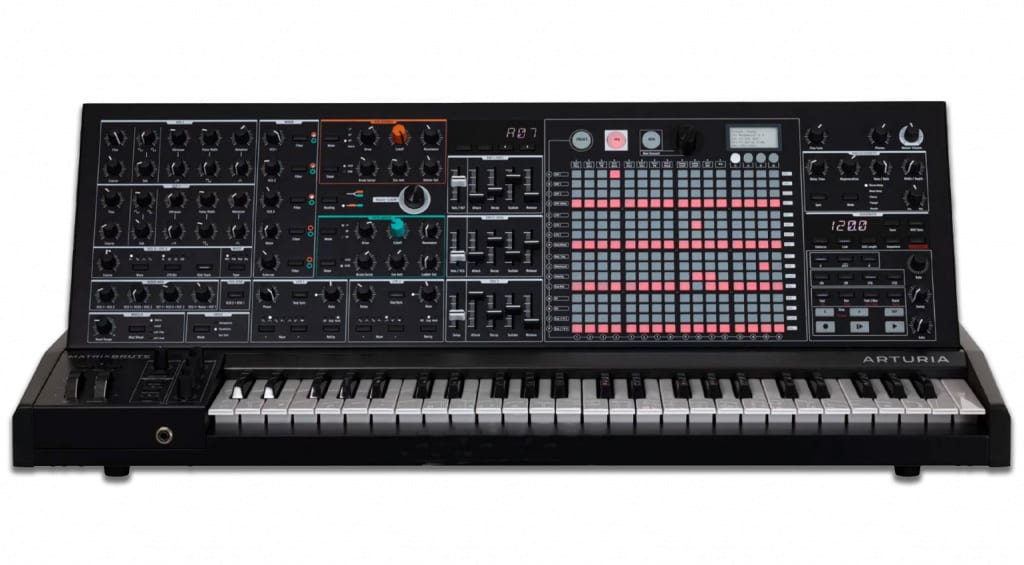 The defining feature is that 16×16 modulation matrix that offers hundreds of virtual patch points but it can also act as a sequencer, a preset manager and lets you route signals and audio out of the many patch points on the back into other gear. 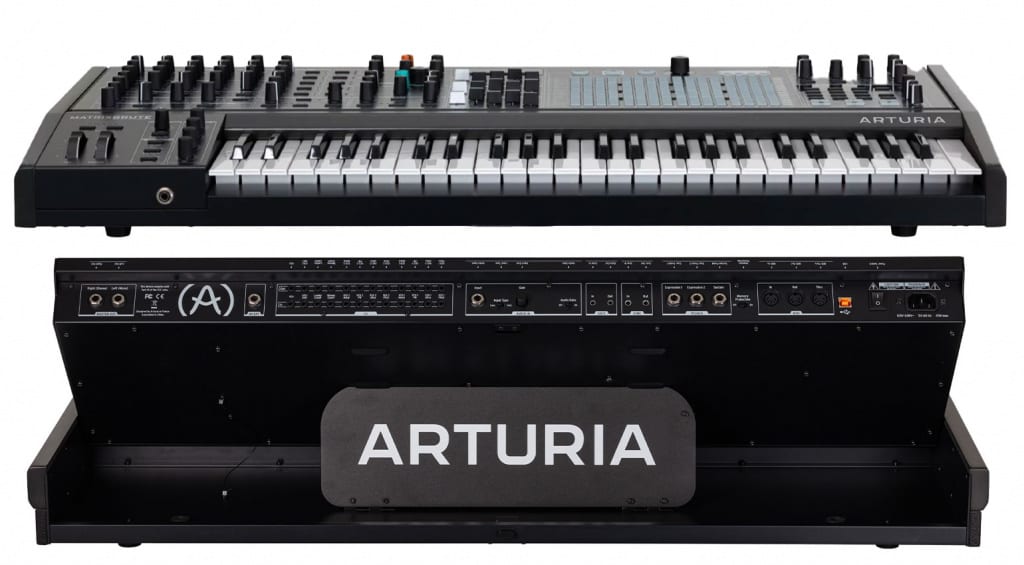 The online stores have the MatrixBrute Noir available for preorder for $1,999 and apparently there will only be 500 of this limited edition. Full details will undoubtedly be along from Arturia very soon. 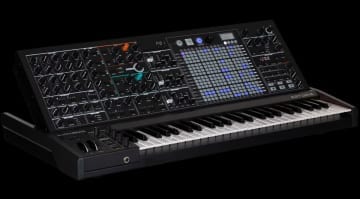 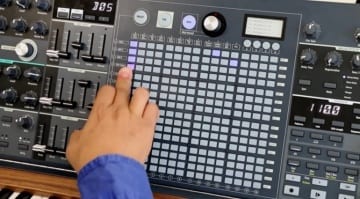 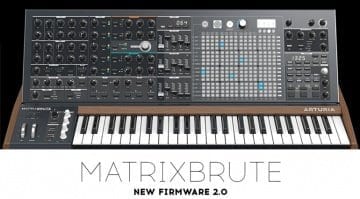 Arturia MatrixBrute gets even better with Firmware 2.0 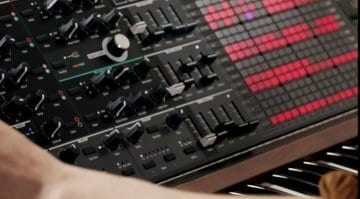 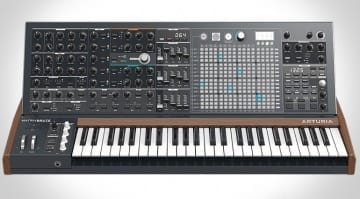 One response to “MatrixBrute Noir: Arturia dresses the MatrixBrute in cooler clothes”

Bittersweet, I’m guessing this is the MB’s swansong. Thing is, although I was unconvinced by it’s core sound for a long time, as the years have gone by I can see that it’s a really unique product and one that, even at this late stage, I would buy.