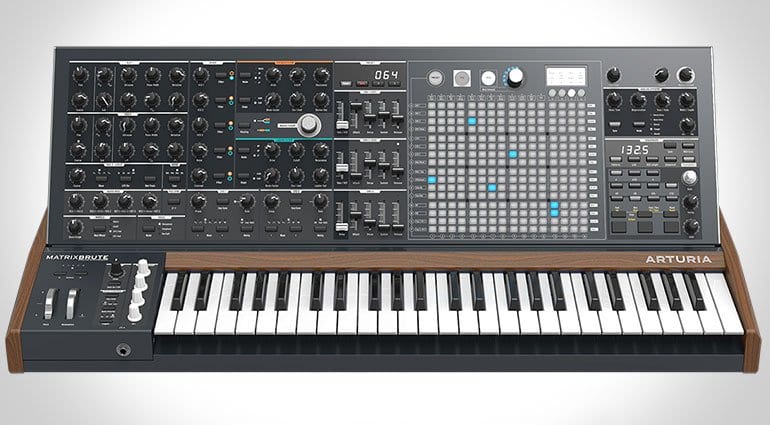 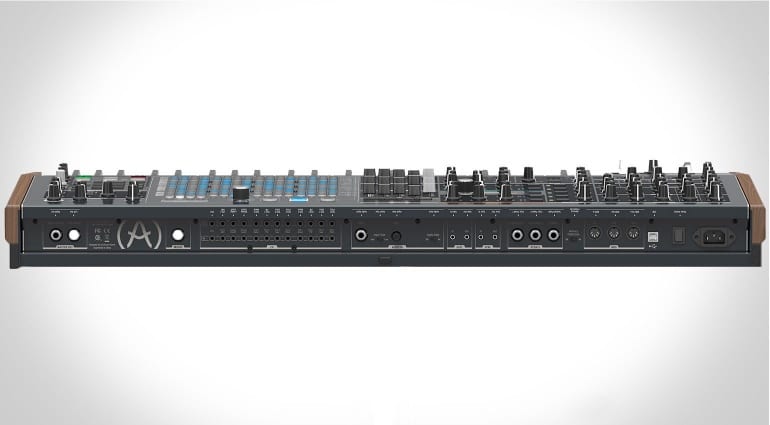 Source Distribution have announced that the UK street price of the NAMM-dazzling Arturia MatrixBrute will be a surprisingly reasonable GBP £1539 inc VAT. It was one of the most talked about products at NAMM 2016 and as pre-orders have now opened in various music shops around the UK I thought it was worth having a closer look at some of the features.

Arturia have had quite a journey from the early days of pushing their cartoonish Storm music making software on to somehow persuading Moog to let them do the virtual version of their classic synths, through to their recent and very successful foray into hardware analogue synthesis. The MatrixBrute seems like the pinnacle of that evolutionary arc. Although perhaps it’s more like a grown up version of their Micro and MiniBrutes with a bit of wood panelling.

The MatrixBrute is a monophonic analogue synthesiser built in the style of the classic Moog era of vintage electronic instruments. All the signal paths are analogue, every function and parameter has a knob, and everything you need to know is laid out in front of you. You have three oscillators and a noise generator, three LFO’s, a Steiner-Parker filter and a Ladder Filter, with the signal running through three envelope generators (I really appreciate envelopes being on sliders rather than knobs). There’s an audio modulation section bringing in FM possibilities, there’s macro performance controls, a mixer for the oscillators, external inputs and series or parallel routing for the filters. All of this can then be arpeggiated and run through a bunch of analogue delay and modulation effects. Arturia have thrown everything at this synth before we even get to the alarmingly large matrix. It also has the ability to store up to 256 patches and comes with 128 presets.

We’re told the Matrix is the heart of this synth and personally I think it looks really odd but you can’t fault the potential usability. The Matrix allows you to route any 16 modulation sources to any 16 destinations. So. you want velocity to affect the ladder filter, no problem, you want envelope 3 to modulate pulse width, then patch that right in there. But that’s only the first of three functions. The Matrix can also be a sequencer with 64 steps which for me is what makes it really interesting as I find matrix-style sequencers to be an awesome way of being accidentally creative. And finally it can also be used to instantly recall any of the 256 patches.

The final trick up its sleeve is the connectivity on the back. Along with the usual USB, MIDI and pedal inputs you have 12 CV inputs and outputs, Gate and Sync I/O and an audio input, so it could easily become the centre of a larger modular setup.

It remains to be seen (and heard) how well the sound and usability compares to other synths of this nature but at almost half the price of the Moog Voyager it’s certainly going to attract a lot of attention. 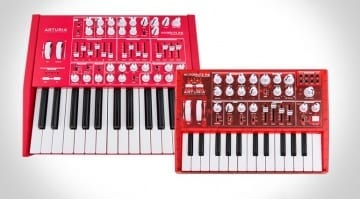