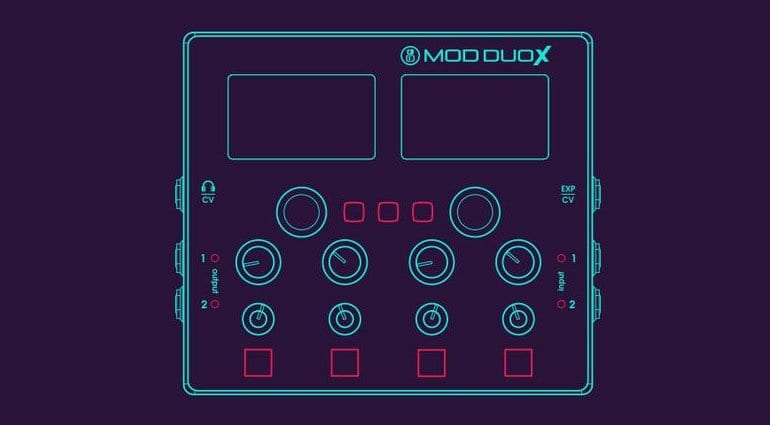 MOD Duo X is a desktop effects processor that contains every effect, virtual instrument and MIDI gizmo you can think of. It comes in an aluminium case they describe as “monolithic” but they’ve only got these Tron-like sketches so far. It could be a really cool thing to run your synths, audio, records and performance through.

The original MOD Duo was a foot pedal designed as a multi-effects unit for guitarists. But they discovered that lots of electronic musicians are finding pedals very useful additions to their synthesized setups. So they decided to tailor make a version for people who use their fingers more than their feet. The MOD Duo X is designed for desktop use and has the knobs and absence of footswitches to prove it.

There are 10 fully assignable knobs, 6 buttons, CV input and output and what will probably be a slightly annoying menu system. There are other things such as a digitally controlled multi-stage analog pre-amp and a USB-Host port for connecting peripherals and Bluetooth – so, you know, you can always connect it to a printer. But at the heart of the MOD Duo X is a powerful NXP i.MX8M Quad-core ARM Cortex-A53 1.5GHz processor. It’s a computer chip that runs the whole show. 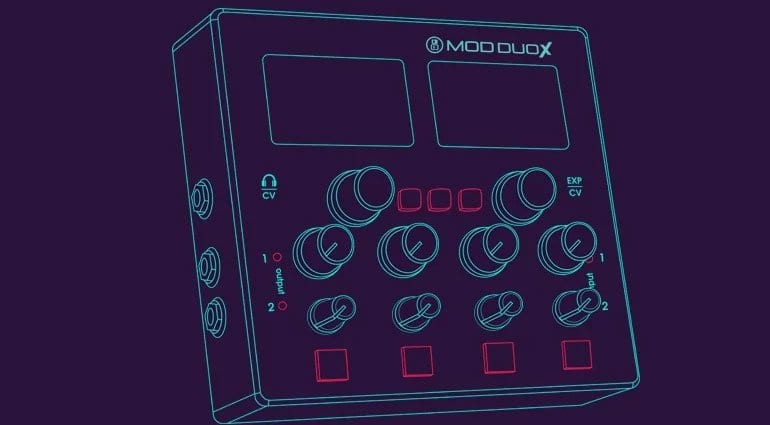 What does it do?

Well, it’s some kind of software-based effects processor where you’ll be able to create awesome effects patches using hundreds of effects and stuff. But they haven’t given us much information about that so far. If you check out the video on the MOD Duo (below) I guess it will give us some idea, but obviously that’s very guitar focused. Presumably, we’ll be able to patch together graphical representations of effects. But it also says “Virtual Instruments” which is a completely different ball game. Is it a VST host or will it be running its own sounds? They also mention that it’s Max compatible and can run Max devices. You’ll also have access to the “Pedalboard community” for sharing pedalboards that have been created on the MOD Duo – does this mean that the MOD Duo X will have the same guitar focus?

Lots of questions still to answer along with the need for an actual picture. It’s due to launch in September but you can pre-order now for €699 if you like the sound of it and don’t mind a bit of a stab in the dark. 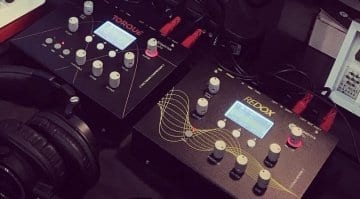 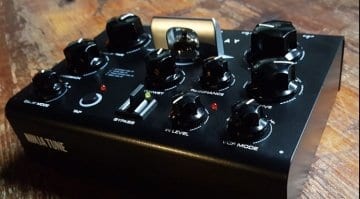