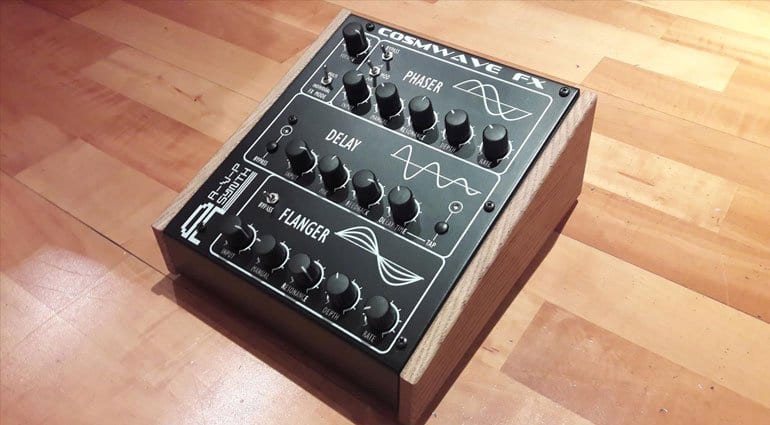 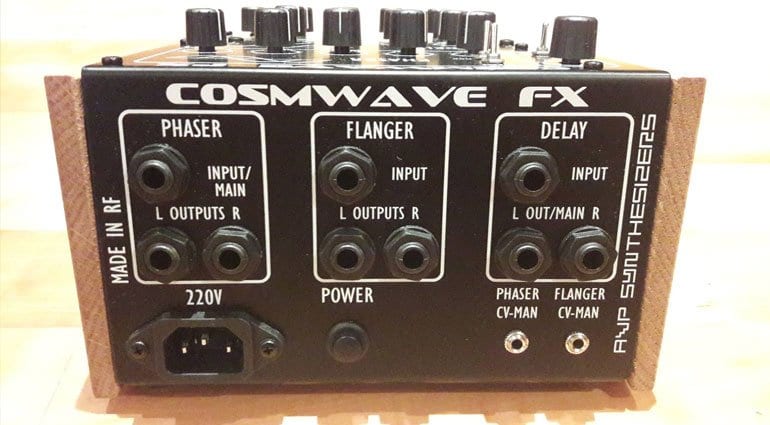 Moscow based AVP Synthesizers have been showing off a prototype of their next product. It’s called Cosmwave FX and it’s a chunky looking desktop multi-effects unit with similar Soviet styling as their MBS-100 MIDI Bass Synthesizer.

It’s a box of three effects, which I guess just about counts as “multi-effects”. There’s an analog Phaser and Flanger and then a hybrid analog/digital delay. The great thing about the delay is that it has up to a cool 1 minute of delay time. Each effect can be used individually or they can be used in series Phaser-Flanger-Delay. Could be more helpful is they laid it out that way.

On the back each effect has a mono input and a pseudo-stereo output. There’s also a CV input for the Phaser and the Flanger.

As a unit they look fabulous. Simple layout, lots of knobs and it would be an awesome thing to sit on your desktop. There’s growing competition in this area of desktop effects from the likes of Analogue Solutions and Erica Synths. Pricing will be crucial and they are anticipating a price of around €469. Availability will be “soon” but in very limited numbers.

I’m really enjoying how effects boxes are making their way deliberately to the desktop and it’s the sort of thing that can bring a lot of possibilities to performance and synth jams. More please.