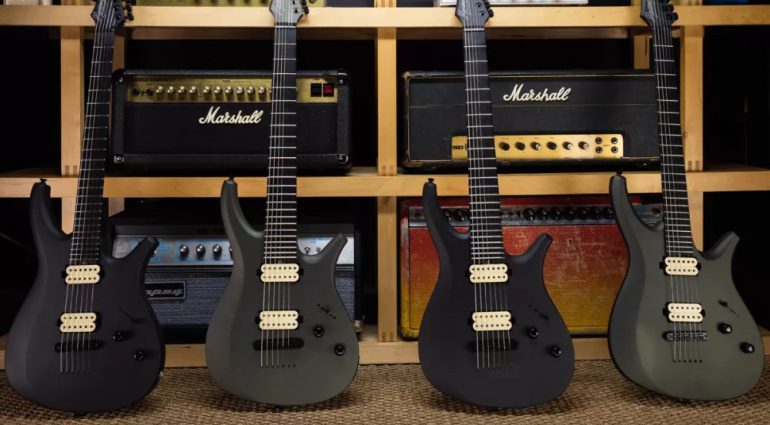 Manson Guitar Works has just officially announced its new Oryx model. Coming in both 6-sting and 7-string variations, the all new guitar design was made with, and especially for, Adam “Nolly” Getgoo.

Adam “Nolly” Getgood is well known for his playing style and the heavy tones he is able to coax from his instruments. Recently, he has been directly involved with Manson Guitar Works, busy working on a new design, the Oryx. The new model is available both as a 6-string and 7-string version. The guitar features a two-piece alder body, with a string-through design and Tone-Pros bridge, a maple neck with a flat U-profile, and a Richlite fingerboard.

The Launch Edition Oryx is a new design for the company, and will come with a set of Bare Knuckle Polymath humbuckers, plus some very specific wiring that includes a treble bleed, a 220pf tone cap and a 100k resistor in parallel on the volume pot. There is also a Manson/Freeway-designed six-way switch, which offers both parallel and series options. 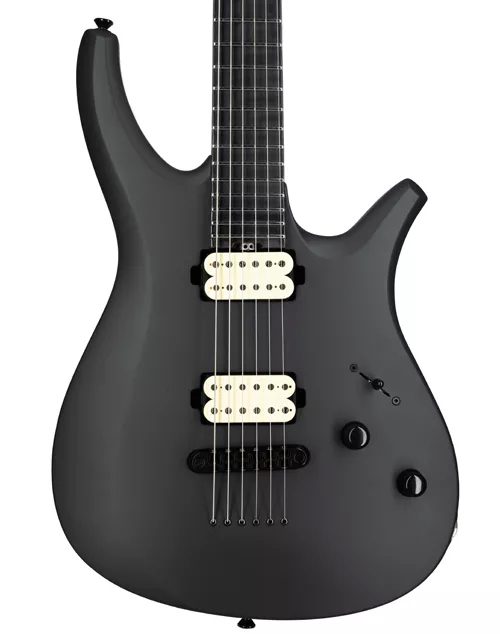 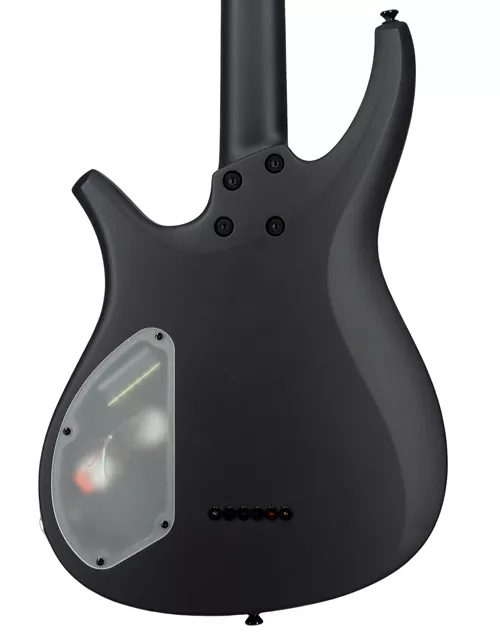 The Oryx comes with some very specific wiring

You can get the Launch Edition Oryx in Dry Satin Black and Metallic Green Satin finishes, with pre-orders starting from tomorrow. To hear the new Launch Edition Oryx in action, check out the official demo video with Adam “Nolly” Getgood below. It looks and sounds perfect for the job intended, and I’m sure will sell well to fans of this style of guitar. 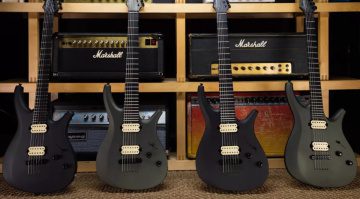 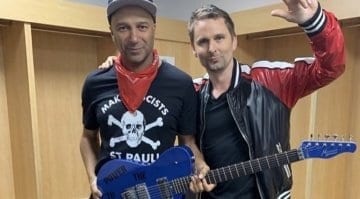 Aesthetically I think would still need enhancement :
– The head is just off. It is an Ibanez with a broken tooth. It just doesn’t go well with the two long horns and curvy shape of the body.
– Pickups should be black.
– The bridge is just too old school. It just doesn’t fit on a very modern guitar.

Oh yes! Parker guitars were just so incredible beautiful ant technically advanced for the time. Such a pitty they don’t exist anymore.

I’m pretty sure those two later models of Parker were designed by Washburn, after they bought out the original company from Ken Parker. I owned an original ’90s Parker Fly Deluxe and though a great guitar, it was awful to play when sitting down, as the top horn would stick right in your chest!