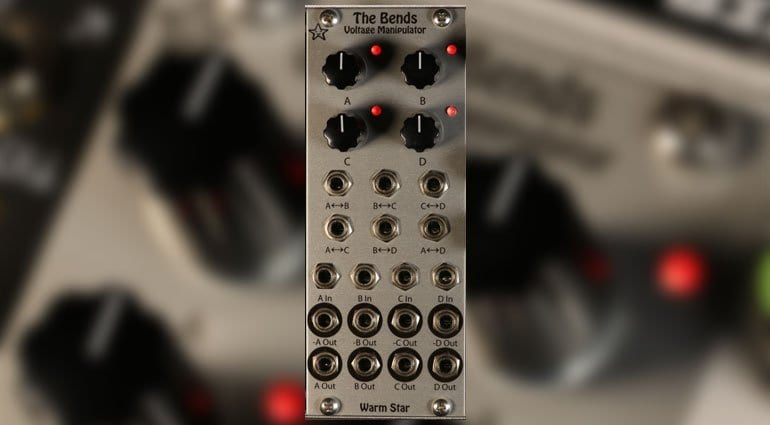 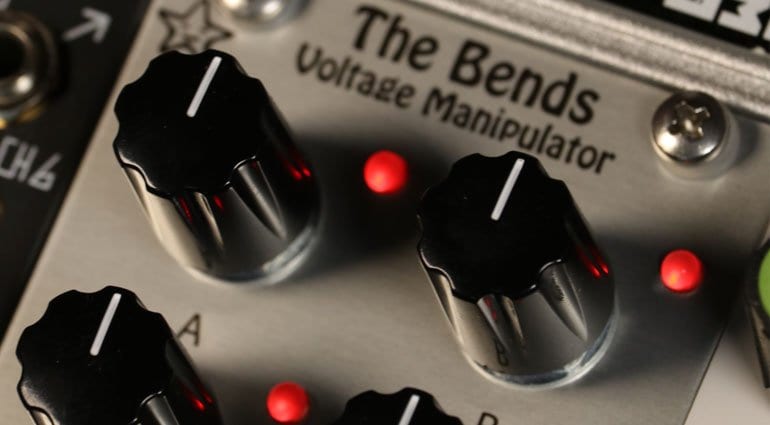 The first module has arrived from Texas modular makers Warm Star Electronics. They are calling it The Bends Voltage Manipulator and it’s sort of a 4 channel, 6 channel matrix hub of voltage interaction.

At a basic level it’s a 4 channel CV and audio mixer. There are both fixed negative and positive outputs. In the middle there’s a matrix of 6 CV inputs to control the blending of the 4 channels. This allows you to do all sorts of combining, inverting, offsetting and attenuating. It takes a modulation signal and does interesting things with it. In some ways is a VCA matrix and in others it can combine CV signals into many different configurations. The knobs then give you control over an increasingly complex set of outputs.

The manual actually comes with a few examples of how you can patch The Bends together, which is very useful indeed.

The Bends is only currently available in America, apparently, they are waiting on the arrival of ROHS compliant vactrols before they can release in Europe. Otherwise, this 10hp module will set you back $195. Warm Star have other modules to come including something called The Mountain, a modulating low pass filter, based on the new SSI2144 chip. One to watch out for.