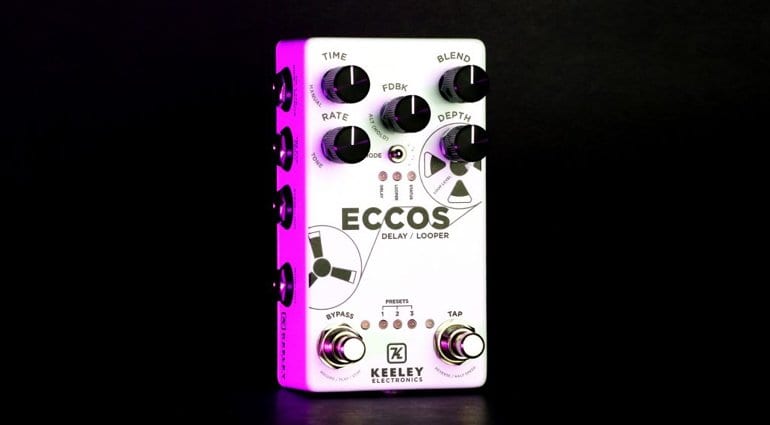 Robert Keeley’s new ECCOS Delay Looper pedal is based around a stereo, flanged delay tone that’s heavily influenced by sounds from the early days of tape delay. There’s some pretty refined features built in, too, designed to encourage owners of both bedroom set-ups and larger professional guitar rigs to experiment with the delay sounds and looper features on offer.

ECCOS is a True Stereo Delay and Looper based around a “neo-vintage” delay. Eh what? It’s referring to a flanged delay tone reminiscent of the early days of tape delays. Manipulating the tape reels in real time would generate interesting sounds like flanging, chorusing and more.

Keeley has taken those kinds of sounds as the starting point for ECCOS. This pedal emulates those pseudo tape flanged delay lines, but it also lets you to feed them into the built-in looper section to create endless loops, new sounds, long trails and hints of modulation. At the heart of the pedal is a Quad 24/56-bit Dream DSP chipset. 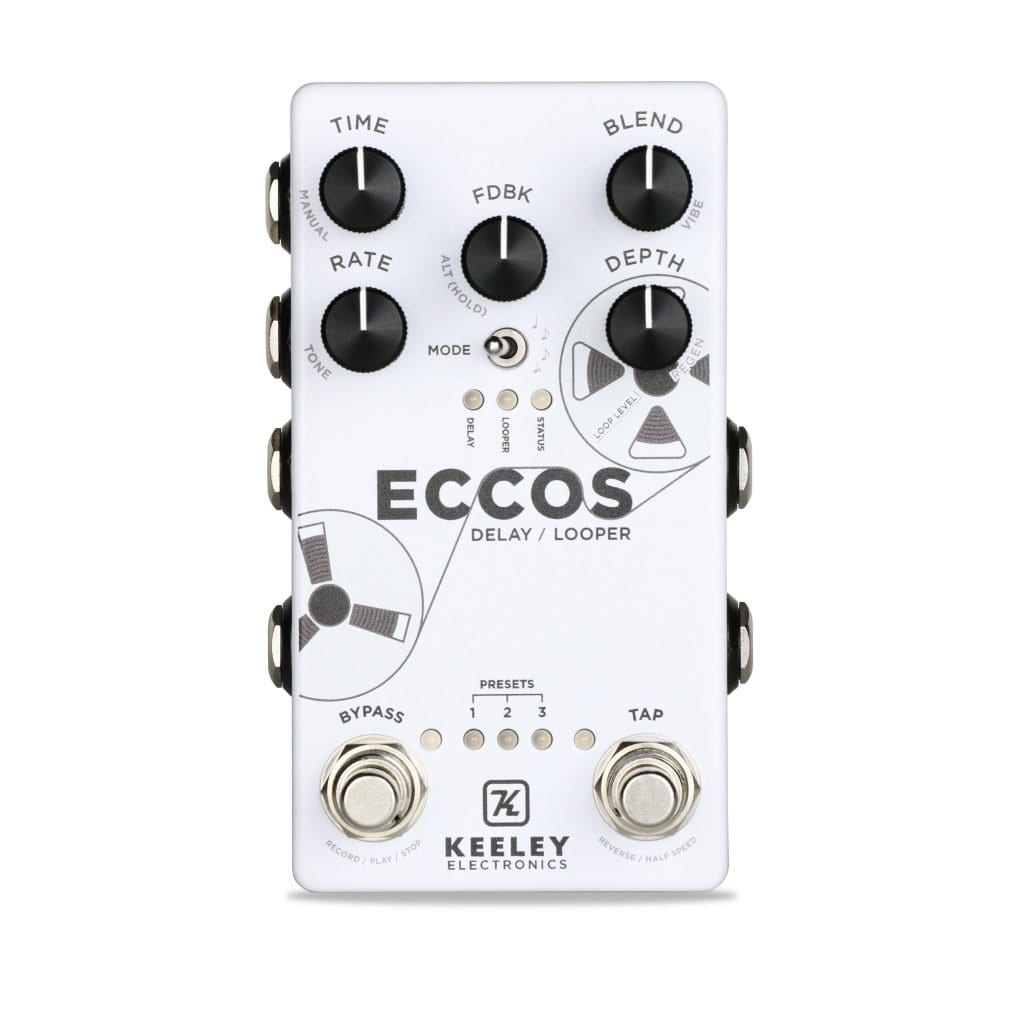 So how does it work? Two footswitches give you different functions depending on whether you’re in Delay or Looper mode. In Delay mode, you can true-bypass the signal, use the Tap switch to set the tempo or get endless feedback from the delay. But in Looper mode, the two footswitches act as controls for that side of the pedal, with functions like record, play, reverse and half-speed. You can also trigger a “play-once” mode. There is a whopping two minutes of looping in mono, or 60 seconds in stereo, which is plenty to get expressive with when playing live.

Five rotary knobs let you set the Time and Feedback of the delay, Mix the wet and dry portions of the signal and set the Depth and Rate for the modulation. By holding down the feedback control, the knobs’ secondary functions can be accessed. This allows you to change the flanger delay time, blend between two different modulation styles, contour the EQ of your delay repeats and increase the flanger feedback. The pedal runs on 9 Volt DC, and has a 115 mA “low-current design” It can be set to true-bypass or trails mode that can toggled on the fly.

ECCOS can also be controlled via an external expression pedal, with the ability to assign any parameter and in any direction. You also get remote control via 1/4″ jacks for live use with pedal switcher systems. All in all, Mr Keeley has put a lot of thought into this pedal to make it useful both for live work and larger rigs.