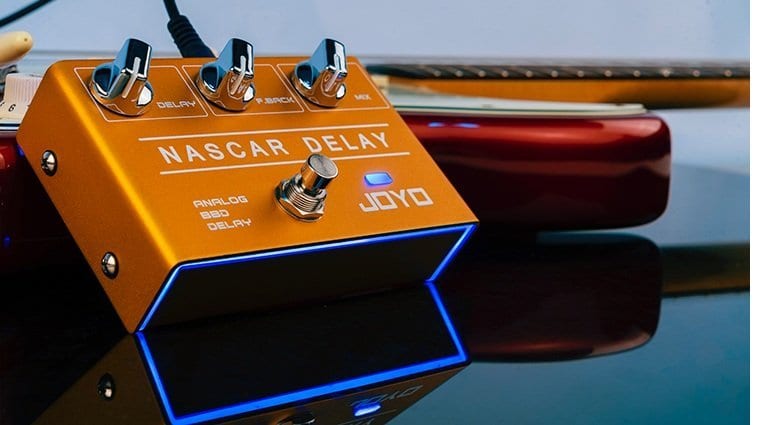 Joyo is probably one of the most prolific pedal manufacturers around. Not content with announcing the R-14 Atmosphere reverb only a few hours ago, the company has just been in touch to tell us about its R-10 pedal, a.k.a. the Nascar Delay. Unlike the other R series pedals, this one is analogue and based on the well-known bucket chain circuit. And it’s pretty darn cheap, at that.

Joyo’s R-10 Nascar delay is a classic analogue delay of the bucket brigade type, or BBD (Bucket Brigade Device). It’s often used on effect pedals and if you want to know more about it, you should look at Wikipedia to start you off. It’s a relatively simple circuit type, yet one that yields very musical results. That’s the main reason many guitarists still love old BBD delay pedals. Personally, I like the way analogue delay repeats become darker over time, as it makes your main guitar line stand out above the muffled echoes. 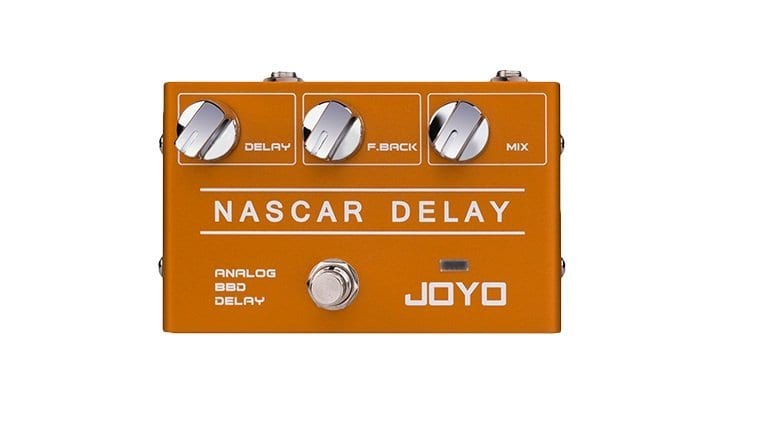 The pedal layout and control set-up is super simple. The controls on offer here are Delay, Feedback and Mix, plus an On/Off footswitch. Er, that’s it. In addition there are input and output jacks in mono. That’s also classic, albeit somewhat limited. If there were options for stereo or tap-tempo, it would probably cost a lot more, but it’s just a very cheap analogue delay. Therefore, I cannot really complain. Sometimes you only need a little touch of delay anyway.

This one will be an attractive proposition for those on a budget, especially if you prefer that analogue delay tone.