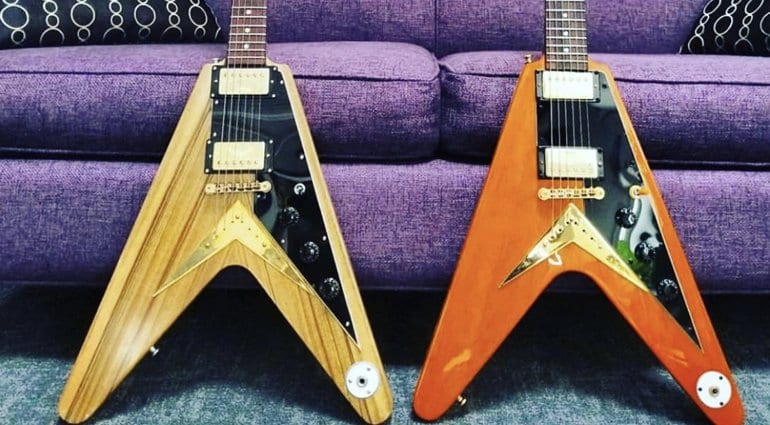 Joe Bonamassa has publicly called out Gibson Partnership Program member Echopark Guitars on the poor quality of a boutique guitar the company built for him. The guitar, which cost thousands, had problems with the finish, he says in an Instagram post published yesterday that’s since been removed. Given that Joe and Gibson/Epiphone have a close relationship, how will this play out for Echopark and its own ties to Gibson?

Joe Bonamassa has no problem speaking his mind via his hugely popular Instagram page. Now the legendary guitarist has called out what he says was poor work on a guitar he commissioned from Echopark Guitars. The boutique company charged him $7000 for a Flying V, he says, yet after a while the finish “fell off” the instrument.

The post itself has since been deleted, but here’s an excerpt:

This is so uncool I can’t even begin to tell you.. @echoparkguitars. First of all, the guitar is an unsanctioned, non approved, unendorsed copy of my 1958 GIBSON Flying V named Amos. Forgetting that for a minute… I had Gabriel @echoparkguitars build me an Amos replica for overseas touring two years ago and he charged me $7000 dollars for it. After the finish began to fall off the guitar because he did not use the right or enough pour filler on the mineral streak laden Korina body, I sold it. Joe Bonamassa

Will this cause any problems for Echopark as official Gibson Partnership Program members? You’d have thought that Joe Bonamassa saying bad things about a guitar he bought from you might cause problems with your relationship with Gibson. 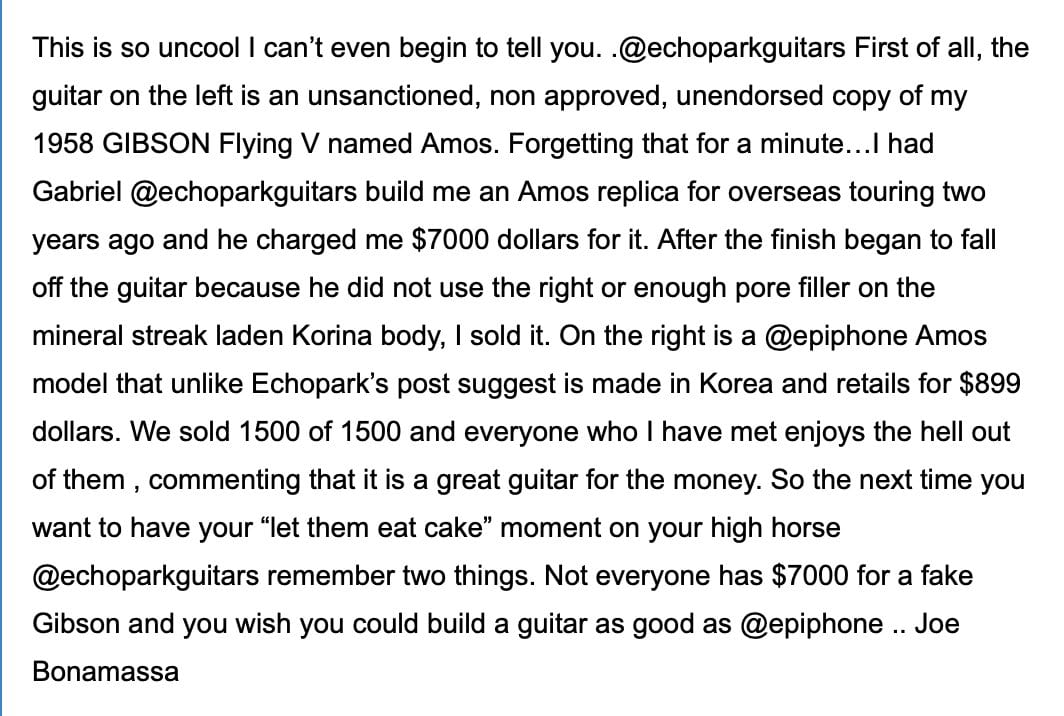 Interestingly, the thread on The Gear Page contains a link to an internet sale that appears to be for the very same guitar Joe referred to. But there’s no mention of any problems with the finish. We have to assume that Joe or Rumble Seat, the reseller, had any defects the guitar may have had fixed before selling it on.

In any case, Joe’s Epiphone Amos Flying V was a successful model, with all 1,500 units sold. If Gibson can get a guitar like that out the door for under a grand, what happened with the Echopark Amos at nearly ten times that price? Echopark should probably issue a statement of some kind to explain their side of the story…