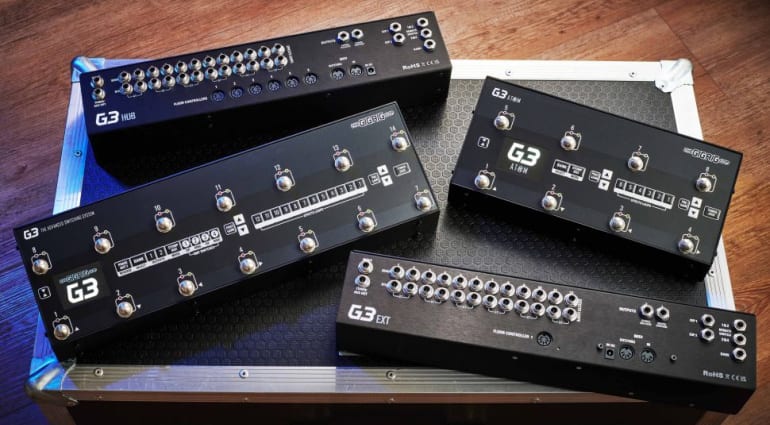 It’s not often that purveyors of pedal switching systems GigRig announce a new product. Released in 2013, the G2 went on to become a world-leading solution used by some big names in the guitar world. Now GigRig has launched the G3 Pedal Switching System, available for pre-order now. Have the GigRig crew managed to upgrade and enhance their system? We take a first look into the specs and features on offer.

Managing all those pedals you’ve collected over the years can be challenge. Systems like the G3 let you put them in groups that you can access several with a one touch of a switch, allowing you to switch between pre-defined combinations of effects. Or you go for the super-simple stompbox mode for turning individual effects pedals on and off. The G3 can also do true stereo delay and reverb spillover, even for analogue effects pedals.

The G3 system includes four variants or components. It’ll be made available in various forms: the G3, G3 Atom, G3 Hub and the G3 Extension Kit.

The G3 is the big daddy of the lineup. It has 12 programmable true-bypass mono effects loops (that you can group for up to 6 stereo effects), 99 banks of presets and full MIDI control.

The G3 Atom is for smaller setups and comes with six programmable-true bypass effects loops. These can be either be mono or stereo. 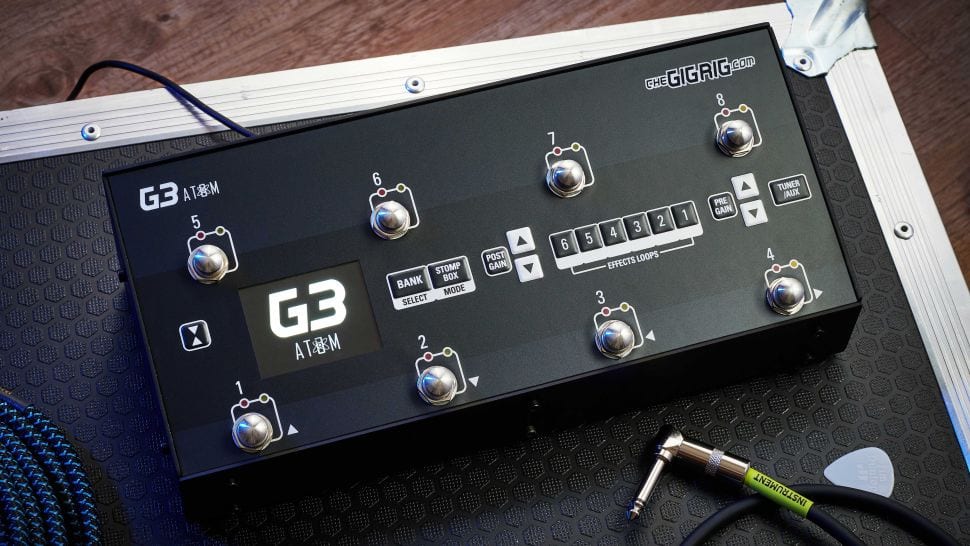 The G3 Extension is for guitarists that want their pedalboard system off-stage and controlled by a floor-controller on the stage. A nice tidy solution and keeps your pedals out of harm’s way.

G3 Hub allows you to use up to six floor-controllers which are all connected and in sync, perfect for larger setups with bigger stages. The system will fit a a 2U rack space and was designed so your off-stage guitar tech has control alongside the player on-stage. This one is for seriously complex setups and is aimed at pro level musicians.

The whole system can be set up in a myriad ways to allow you to get your pedals in the combinations and order your prefer. GigRig has provided an iOS app that connects to the system via Bluetooth. This lets you upload software updates and do system backups, as well as store and edit set lists of pedal settings directly over to your G3. That makes it a lot easier to organise your live sets and studio rigs.

You can pre-order the G3 and the G3 Atom now, but prices are yet to be conformed for the G3 Extension Kit and the G3 Hub. Check out the official demo video below for a full overview of what the new G3 system is capable of. 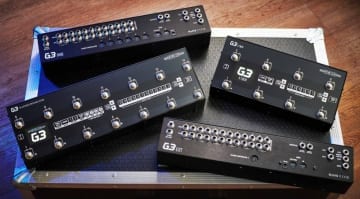 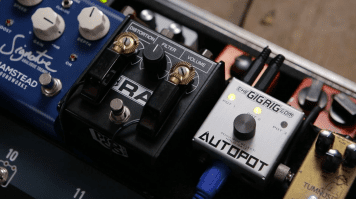 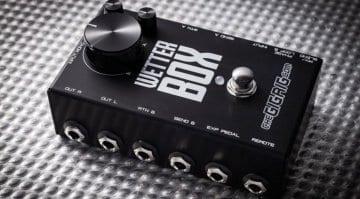 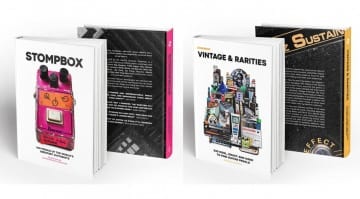 Calling all effects pedal junkies: These two Stompbox Books are for you!