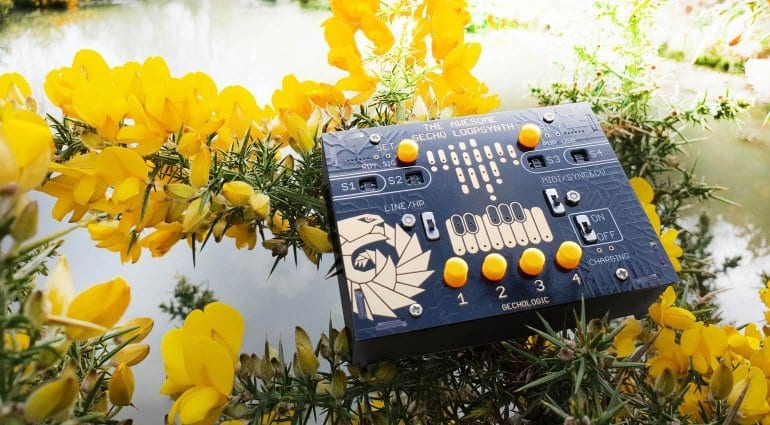 “The Awesome Gecho Loopsynth” was originally funded on Kickstarter in 2016. Since then they’ve been listening to users and tweaking the design and content and are about ready to release version 2.

The idea is that it was a minisynth, about the size of a credit card that’s packed full of sensors and features to make it a very interactive noise-making machine. It has touch sensors that respond to your touch and microphones that take in external sound, knocks and taps and route them through a group of resonant filters while being modulated by other environmental sounds. Infra-red and magnetic fields play their part in making this little thing an experimental lump of ambient adventure. It also came in a really nice box. Very cool!

With version 2 they say it’s completely redesigned. It’s stronger, faster, slimmer with better buttons and a far more professional and rather charming look. It no longer has to be in the wooden box, you can build it yourself or get it in an acrylic sandwich. They’ve packed in more processing power and memory which has allowed them to load some new sound engines. This includes the entire Mutable Instrument Clouds and Dekrispator. They’ve also taken on board the code from the Phonicbloom Glo Polyphonic Whale (no, I don’t know either but it sounds like fun)!

The quality of the outputs and connections have come under scrutiny and it now runs at 50kHz sampling rate and has a load more ins and outs including bi-directional CV and gate triggers. Oh, and it’s now got MIDI in and out.

Other changes include swapping out the magnetic sensor for an accelerometer, adding a MicroSD slot, improving the microphones, improving the USB connection and lots more.

The combination of synthesis and filtering with constant microphone and environmental inputs with sensor control makes for a very engaging instrument and one that you’ll want to pick up and play with. And it’s new ability to connect to other MIDI and CV devices turns it into a whole other thing.

They are in the final prototyping stage and anticipate opening preorders in August with prices of €159 for an assembled unit.

Here’s a video of the new version sequencing a Korg Volca while making its own sound and control.

Here’s a good review of the original 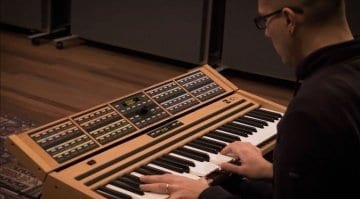 I feel lucky to have pre-ordered this a while back when they opened it up. Now I can also hope I am way high on the list!

With the addition of these other engines, it sounds like this will be an ultra-fantastic device. I am really looking forward to adding it….

Thanks Paul, we could not make it a reality without your support! And yes, you were fast so you’ll receive it very soon! 🙂