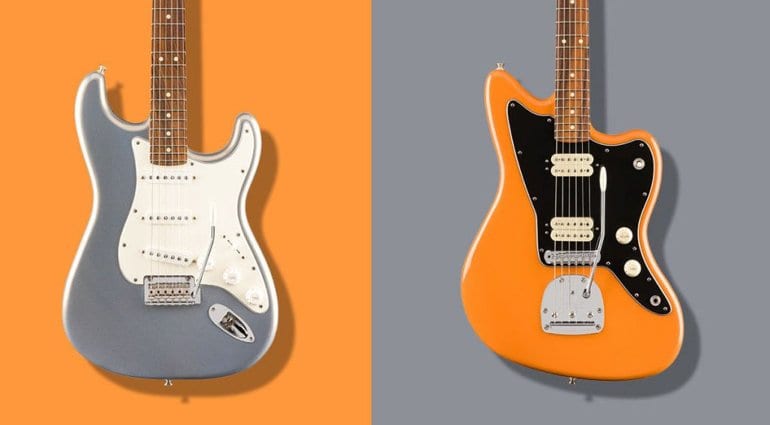 Back in June, Fender launched a new Player Series to replace its Standard Series. The Player series has new pickups, finishes and hardware options. Now Fender has added two new finishes to this mid-priced electric guitar and bass range.

All the guitar and bass models in the ‘made-in-Mexico’ Player Series range will be available in the new Silver and Capri Orange finishes. And here they are:

Fender’s Player Series models have Alnico pickups and satin-finished maple necks as standard. There’s also ‘upgraded’ hardware. So, if you are looking for a genuine Fender guitar in an eye-catching finish rather than the usual Sunburst or Black, these new colour options could be for you.

I’m a fan of both colours myself, but it will be good to see them in the flesh, as it were. I might have to go and check some out when they hit Fender dealers in the coming weeks. On Fender’s website I could only find the Jazzmaster and Stratocaster models in the new finishes, but I am told they will all be available at some point.