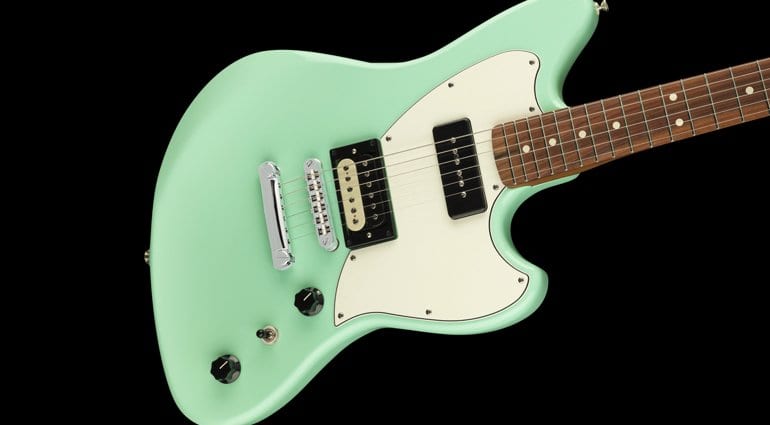 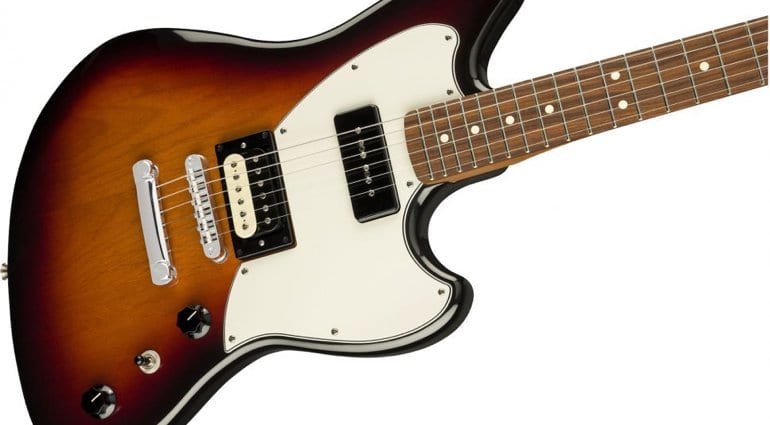 Fender has now officially unveiled its new Powercaster, an offset model that’s part of its Alternate Reality series. We saw it during Winter NAMM and it divided opinions, but will it help take over from where last year’s Parallel Universe left off?

The new Fender Powercaster comes loaded with an Atomic humbucking pickup in the bridge and a single-coil P90-style soapbar pickup in the neck position. These are wired via a Volume, Tone and three-way switch.

The Powercaster has the Modern C shape profile with a 9.5”-radius Pau Ferro fingerboard on the roasted maple neck. The neck is loaded with 22 medium-jumbo frets and is a 24.75″ scale length, so slightly shorter than a Jazzmaster. Think Jaguar scale-length with this one.

The Adjusto-matic bridge with stop tailpiece should hold your tuning well. The body is alder and comes in three finishes: 3-Color Sunburst, White Opal and Surf Green.

Hard Pass or Love it?

I really do not like the look of these new guitars, but you may well love them. They look all bent out of shape to my eye. There is something going on with that bottom horn that throws it off kilter to me and I’m not a huge fan of the pickguard design either.

They are designed in Corona, California USA and so I think the Fender team will have worked hard on this new design. Just it doesn’t really do it for me. The Powercaster might be perfect for alternative and punk though. I’ll stick to my Jazzmasters and Telemasters…

Each to their own, but the new Fender Powercaster is going to be a hard pass for me.