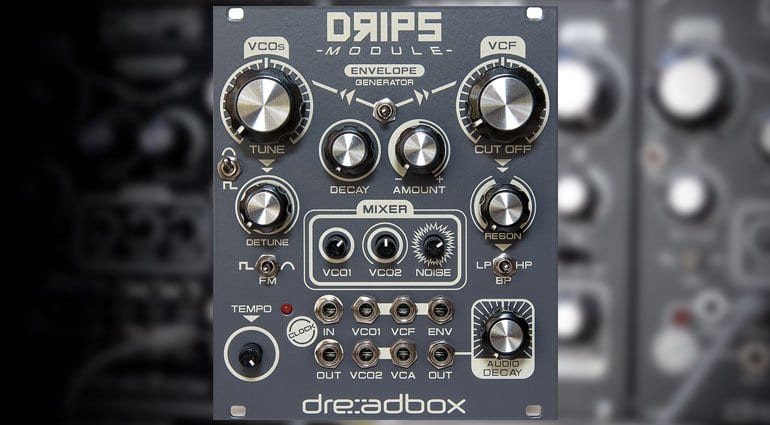 Out of the modular echelons of Grecian synthesizer technology comes a new and revitalised version of the Drips drum module. In celebration, Dreadbox has released a limited run of grey front panels available to the first 100 customers. But there’s really not very much that’s new about it.

It’s an analogue synthesizer in a Eurorack module designed specifically for drum sounds. It consists of 2 oscillators with FM function, 2 envelope generators, a white noise generator, VCA and a 3 mode filter (based on the filter in the Erebus) with low, high and bandpass. The VCOs are controlled via a combination of the Tune knob and the Detune knob. Tune takes care of the overall pitching of both oscillators while the Detune controls their separation. Their levels are then mixed in the Mixer in the middle along with the Noise. The envelope can be switched between controlling the shape of the VCA acting on the oscillator or the VCF and can operate in either polarity. The filter will happily move into self-oscillation giving a different effect on each state. Lastly, there’s an “Audio Decay” knob to give a wide range of decay rates at the output.

Drips V2 is capable of producing a huge range of percussive sounds and a fair few melodic ones too. It’s quite a wide module at 21hp but has a very clear and intuitive layout. The manual handily includes a load of patches for a range of common percussion sounds. All of that is really good.

However, exactly what’s new with version 2 is difficult to pin down. The front panel has had a couple of small tweaks and they’ve swapped out the tap-tempo function for a tempo knob. It has an internal clock so it can trigger itself, which is quite unusual. Dreadbox says that all the changes are really behind the panel. They’ve moved to different OTA ICs which makes it sound different to the original. Maybe the availability of parts has pushed them into selecting some different components and the changes in sonic character have given them an opportunity to slightly update the module. There doesn’t seem to be anything very exciting about this new version, it appears to be a small update on an already decent Eurorack drum module. Maybe they can set us straight with some sound/video demos. 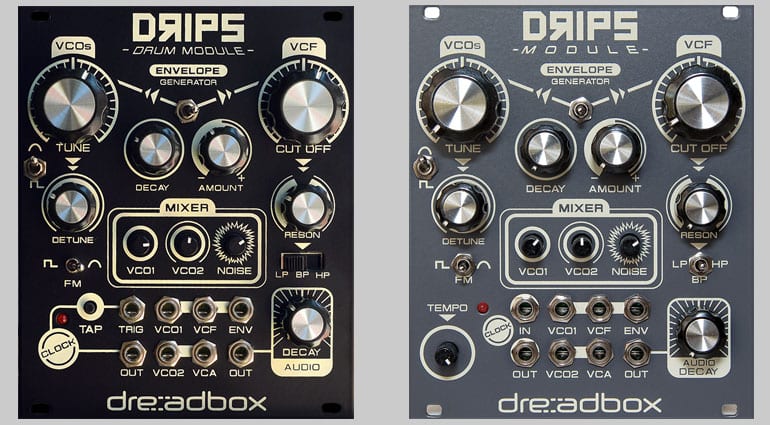 The Dreadbox Drips V2 is available now for €249.

The video features version 1 which is a shame, it would be good to hear the new version!! 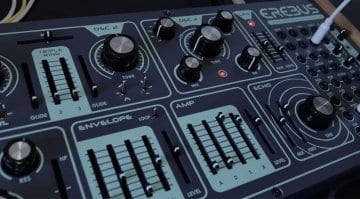