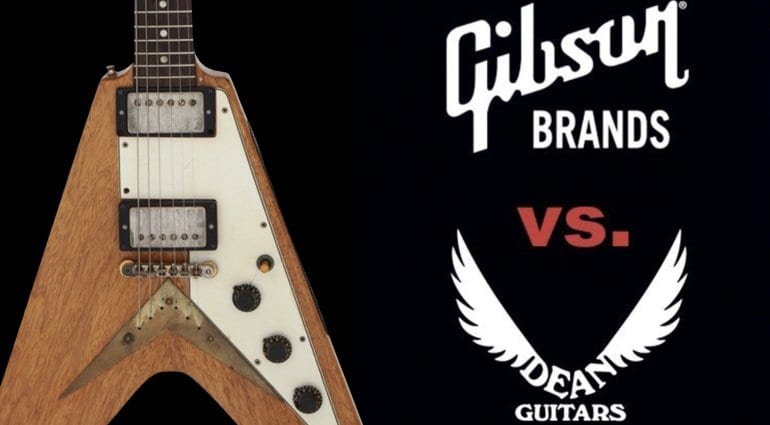 In a new twist to the ongoing Gibson lawsuit story, Armadillo has responded to the recent Gibson lawsuit by seeking the cancellation of Flying V, Explorer and ES-335 shape trademarks. According to Guitar.com, the parent company of Dean Guitars and Luna also accuses Gibson of threatening dealers selling Dean and Luna guitars with legal action.

These explosive claims are part of a counterclaim filed at the US District Court for the Eastern District Of Texas on 8 July, Guitar.com says. Armadillo alleges “tortious interference with Armadillo’s business relationships and/or contracts”, detailing at least one case of cease and desist letters sent to its dealers. The claim cites an episode allegedly involving Carlino Guitars, a guitar dealer in Medford, Massachusetts. Armadillo claims the dealer was sent cease and desist letters by Gibson in April and May 2019. In these letters, Gibson allegedly demanded the removal of all Dean V and Z guitar models from the shop’s website. Gibson allegedly went on to accuse Carlino Guitars of being party to trademark infringement by stocking Dean instruments and to threaten the store with legal action if they didn’t comply with its demands. 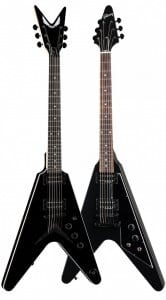 The basis for Armadillo’s defence here is that the Gibson trademarks are invalid because the designs are generic and therefore not subject to copyright. And I can see their point, as Dean Guitars various models have been around for decades and associated with many famous players. Gibson recently lost their claims for the Flying V body shape in EU Courts, so it isn’t a stretch to say they could lose in the US as well.

After that initial Mark Agnesi Play Authentic video was pulled from YouTube, you’d have thought Gibson would rethink its goals here. And it seemed that the company was tacking a different, more conciliatory approach.  But now it appears Gibson is throwing its full weight into defending its designs. I thought after they lost the PRS lawsuit in the early 2000s, that it might have realised that fighting to protect common guitar body shapes may be a lost cause. And Fender also lost a similar lawsuit in 2009 over the Stratocaster, Telecaster and P-Bass designs. It certainly seems like this will be a drawn out, presumably expensive legal process. Will it cost Gibson in terms of its reputation? Will this move damage the guitar industry as a whole? Let us know what you think in the comments below.

Even during the “lawsuit” era in the 70’s Gibson didn’t have the (ahem) “manly attributes” to go after individual dealers. They’ve gone after dealers selling “fakes” but not trademark issues. If Gibson wants to turn the guitar retail industry against them, then this sure is the a helluva way to do it. And it sure shows a degree of naked bullying as they went after a small guy and not one of the big dealers or mega-stores (maybe because the mega-stores and large specialty dealers are just about the only dealers they have left in the US after eliminating all the small shops).

”accuses Gibson of threatening dealers selling Dean and Luna guitars with legal action.”.
Same reason you cant buy a Burny LP guitar in the USA.
Gibson And few other well know brands have done the same over the years, you can only sell there instruments if you don’t stock others, it’s more wide spread than you think in the music industry.

I am confused as to why this is such a hot button issue. Seems like Gibson should have the right to decide who uses their trademarks just like artists can decide who copies their songs.