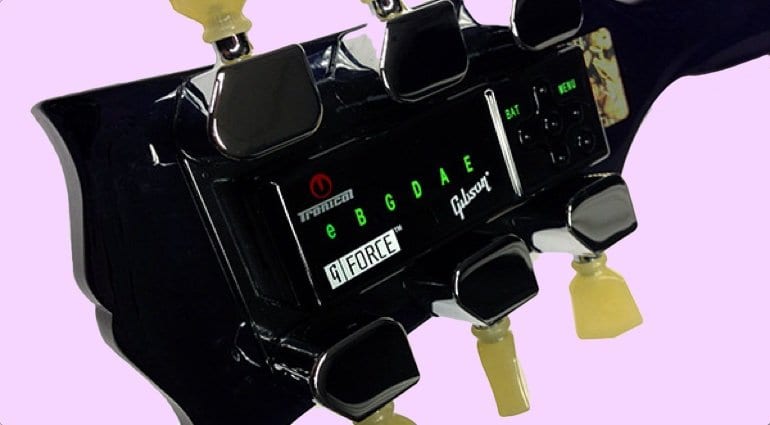 A few days ago, we reported on the lawsuit announced by Tronical against Gibson. The German manufacturer behind the G-Force tuner had increased the amount of its claim to 50 million USD. Now Gibson has retaliated with court action of its own.

According to Gibson, Tronical’s legal action is intended to deflect attention from Gibson’s previous lawsuit against Tronical. Although the exact amount of the lawsuit isn’t yet known, Gibson claims it gave Tronical USD 13.5 million to develop the technology behind the G-Force tuner system. Gibson makes some serious allegations, namely that Tronical engaged in “fraud, breach of contract, and unfair and deceptive business practices”. It even goes so far as to call Tronical’s recently publicised legal action as “a PR stunt”. Tronical, Gibson claims, currently owes Gibson “several million dollars”.

It all sounds pretty suspicious, with claim following counter-claim. We do know that Gibson is in some serious debt and in our view the American guitar company has a somewhat tarnished reputation at the moment. Need a primer on the recent goings-on at Gibson? Check out our recent coverage here.

I think the court action will likely cost Gibson a lot of time and resources, potentially dragging out for years. Could this be a sign that its beleaguered CEO Henry Juszkiewicz is clutching at straws, trying to blame others for his own decisions? That’s just my own personal take on the situation, as an interested bystander. We will not know for sure until the legal process produces results, which could be years away.

Unfortunately, 2018 has not really got off to a good start for Gibson. These legal issues could yet cost them dearly, both financially and in terms of their reputation with guitarists.

4 responses to “Gibson vs Tronical, Round 2: Gibson announces its own law suit, alleges “fraud””