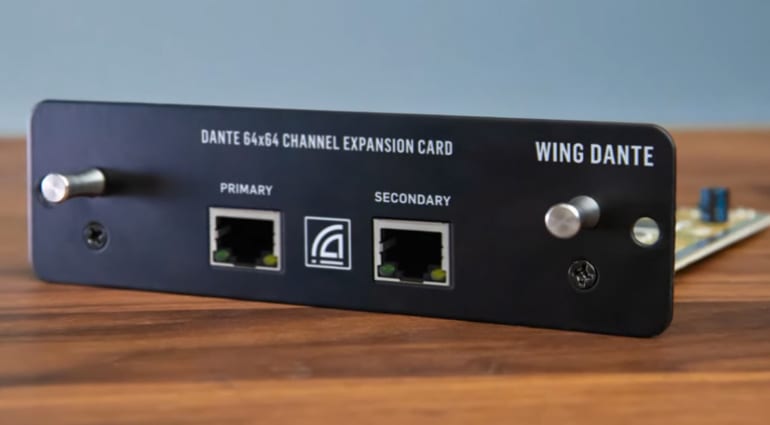 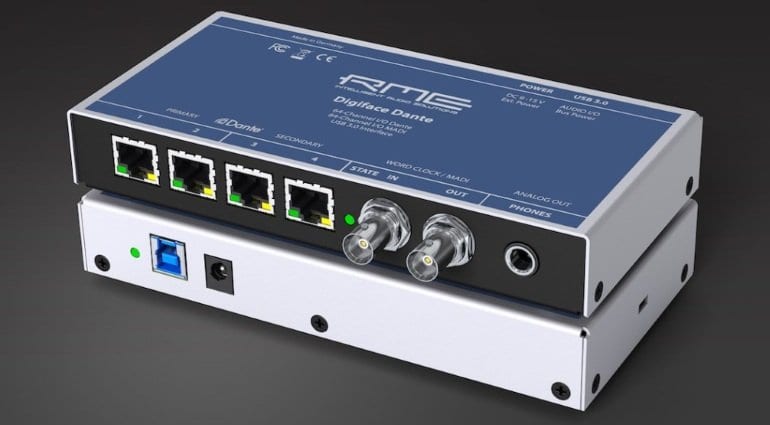 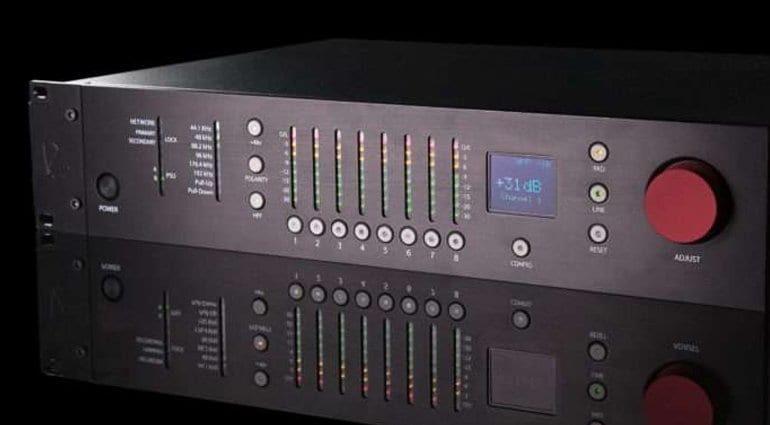 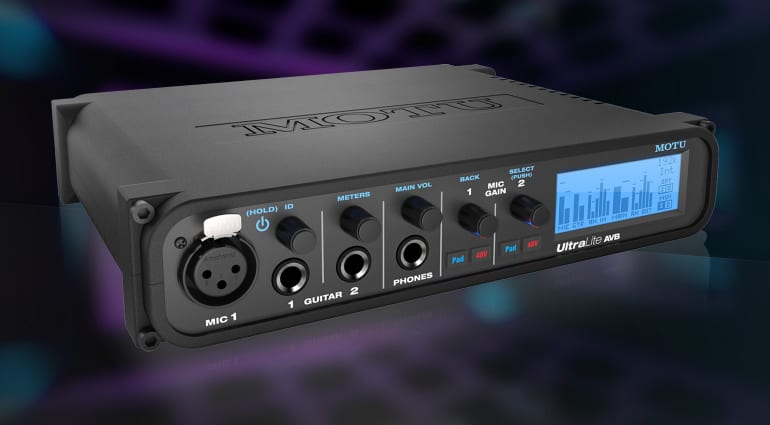 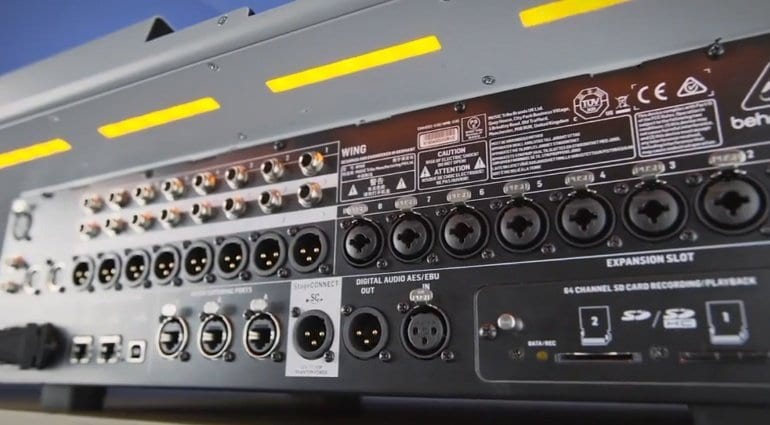 Audio Networking is becoming an increasingly important part of live and studio setups. But what’s the difference between all the networking formats? Do you know your Dante from your AVB? And which networking format should you choose? Grab a coffee and let us guide you through the maze of audio networking protocols.

What is Audio Networking?

Up until a couple of decades ago, if you needed to send multiple channels of audio over long distances, you had few choices. Typically you’d be running audio over balanced line analogue cabling, using physical patch bays and distribution amplifiers. The analogue approach has some notable downsides though: cable cost, maintenance and limitations of cable length.

With the advent of digital audio it’s now possible to send multi-channel audio down a single Ethernet cable. You can even distribute those channels to multiple sources, format depending. Importantly, this means no more expensive, bulky multicore snakes, no loss of audio quality over distance and much more flexibility in routing.

Sounds great? Well, there are multiple audio networking formats and worse, they are not mutually compatible! So what are your choices and what should you be looking for when you buy your next digital mixing console? We thought it was about time we had a quick round-up of the most common audio networking formats. All have their own pros and cons but it’s important that you choose the format which suits your requirements… and budget!

If you’ve worked with or looked into network audio, it’s inevitable you’ll have come across Dante. Introduced around the mid-noughties, Dante has almost become the generic trade term for networked audio. Importantly, Dante is the only network system with which you could build a complete system from microphone to mixing console, to speaker system wholly on a single audio network.

You’ll find more pro audio gear offering Dante network support than any other audio networking format, either built-in or via accessory networking cards. Dante also runs over your existing Ethernet network as it uses IP packets for data transfer. The major downsides to Dante for you, the user, are cost and complexity. You’ll find Dante equipped hardware is expensive thanks to chipset licensing costs. Dante’s control software is also, how shall we put this… challenging to use! There are certified courses in Dante networking for example…

Audio Video Bridging or AVB is another audio networking format you’re likely to have heard of. An open-source format under the designation of IEEE 1722, you may also have come across it branded as Milan in pro audio systems. AVB has many similarities with Dante in that it’s a way of sending network audio over an Ethernet network. Well, when we say Ethernet network, there are some caveats

The designers of AVB identified an issue with sending latency-sensitive information, such as audio and video, over Ethernet. As data is sent as packets, it can sometimes be “held up” in a queue of data. AVB uses the concept of time-sensitive networking which means your audio or video data carries special priority flags to reduce latency. (NB: since publishing this article, it transpires typical Dante latency can be as low as 125u seconds which is, in fact, lower than the 2ms of AVB)

PreSonus is one of only a handful of manufacturers to support AVB.

One of the biggest issues with AVB is that it requires AVB certified Ethernet hardware. Whilst this hardware is 100% backwards compatible with regular Ethernet, it does add extra cost, complexity and incompatibility. On the flip-side, because AVB is open source, the hardware tends to be more affordable as there are no licensing costs.

Unfortunately, industry adoption of AVB has been minimal, with perhaps only Presonus and MOTU building their audio networking gear around AVB. At the time of writing, it’s an uncertain future for AVB in pro audio. Many manufacturers who originally championed AVB are now offering Dante interface solutions for many of their existing AVB equipped product ranges.

We’re including AES50 here as it’s one of the most commonly found ways of connecting multichannel audio gear over CAT5 cable. AES50 is also used extensively by Midas and Behringer, with consoles such as the X32, M32 and Wing offering Dante networking solutions. As a result of those desk’s ubiquity, you’re likely to encounter AES50 in most modern live venues and project studios.

Music Group’s adoption and inclusion of AES50 has assured it a strong place in the live sound industry. We expect this open-source format to remain as the default connection for interconnecting consoles and stage boxes, for example.

We haven’t gone into detail on these formats, because in our opinion the future of things seems fairly clear cut. Allen & Heath, DigiCo and Yamaha all offer Dante networking cards for their professional range of mixing consoles. If that isn’t an admission that Dante is emerging as the dominant industry standard, we don’t know what is! None the less, it’s a good idea to familiarise yourself with these other formats, if only to be aware of what gear will work seamlessly together.

What Networking Format Should I Choose?

Ultimately, your choice of networking format will be governed by budget, application and to some extent the mixing console you feel most comfortable with. Dante offers the only networking format which can be supported cross-platform. It seems almost every manufacturer is offering Dante plug-in cards or native Dante support nowadays making it a “future-proof” solution.

With that said, if all you need is a simple point-to-point connection from desk to stage box, AES50 is simple and affordable and may well be all that your application requires. AVB networking offers much on paper, but its requirements for dedicated switches and lack of wider industry adoption means this may well be the “Betamax” of audio networking.

What do you use in your day to day productions? Have you dipped your toes in the water of audio networking yet? Drop us a comment and let us know what format you’re using!

5 responses to “Dante, AES 50, AVB and all that: What audio networking format is right for you?”