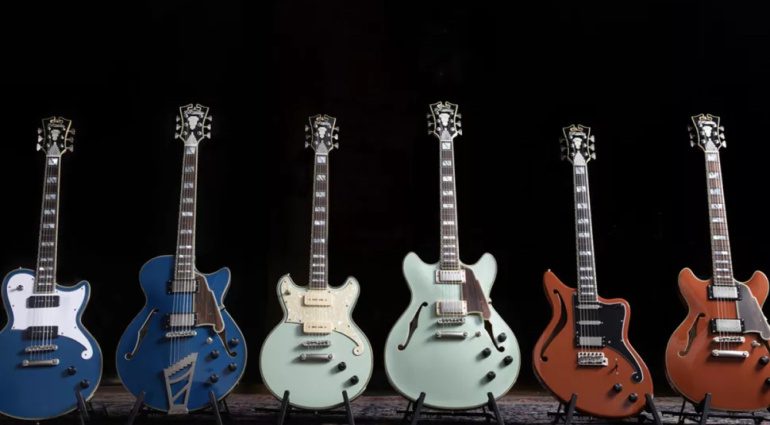 D’Angelico has announced six Limited Edition Deluxe models for 2022. These include new SS, DC, Mini DC, Atlantic, Brighton and Bedford models. Only 50 of each model will be available.

This six model D’Angelico Limited Edition Collection for 2022 includes SS, DC, Mini DC, Atlantic, Brighton and Bedford models. The three main colours on offer are Sapphire, Sage and Rust, though each model has some variations within the release, giving some nice choices on offer. Each variation of each model is limited to 50 pieces worldwide.

The Atlantic LE is a lightweight solid-body singlecut with an alder body and a satin-finished, slim-C neck. With this release you can either opt for the Sage and Sapphire finish models, loaded with a pair of  Seymour Duncan Stack P90 pickups, and a volume, tone and three-way pickup selector. Or the Rust finish version, which has a set of  Seymour Duncan Antiquity Retrospec humbuckers, with coil-splits for versatility. 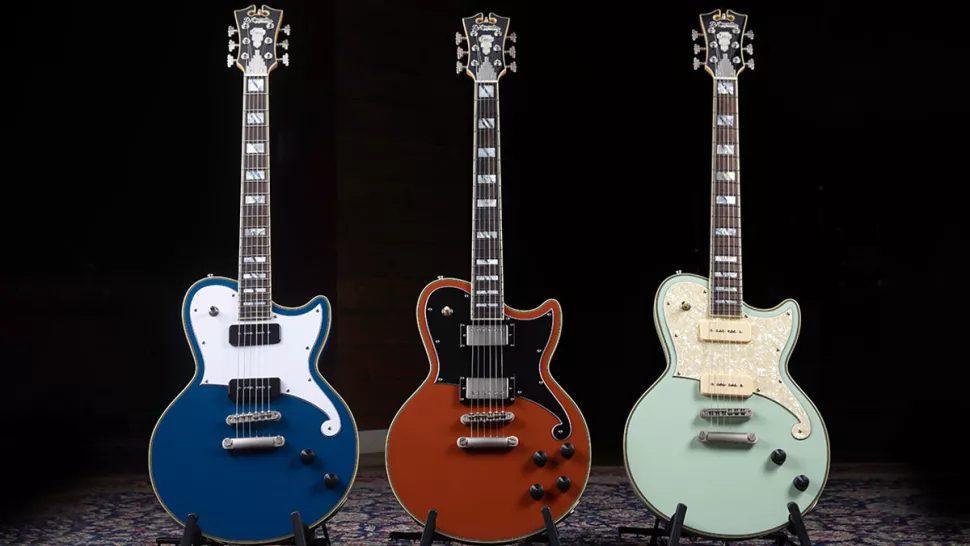 The Deluxe Brighton LE models are a double cut version of the Atlantic LE models above. They have the same pickup configurations, and pricing. However, they offer better upper fret access courtesy of their double cut body shape. 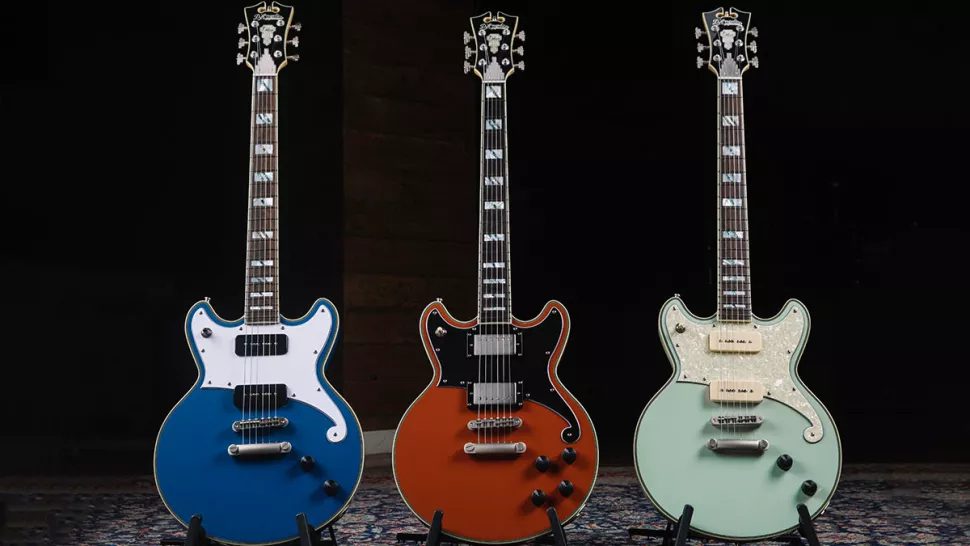 This semi-hollow version of the Bedford is now available as part of the Deluxe line. In Sapphire and Sage, the Deluxe Bedford SH LE comes with Seymour Duncan Stack P90s and a tune-o-matic bridge. The Rust finish version, on the otther hand, has an HSS format, rocking a Seymour Duncan SM-1B mini-humbucker in the bridge position and two Tele-style Seymour Duncan single-coils in the middle and neck positions. You also have a Wilkinson 6-point tremolo on this one, instead of the tune-o-matic 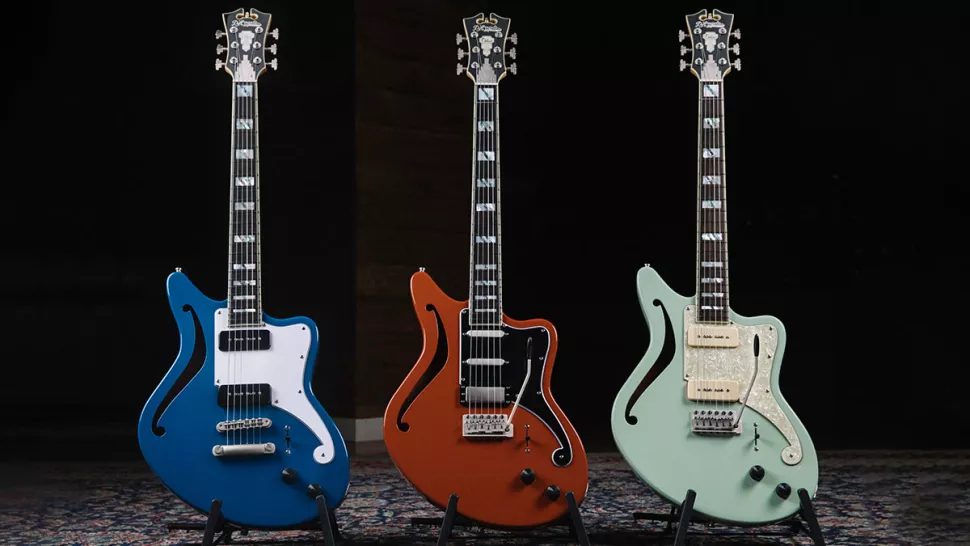 These Deluxe SS LE singlecut semi-hollow models come with a lightweight, laminated maple construction and are fitted with a pair of Seymour Duncan Antiquity Retrospec humbuckers. The pickups have individual volume and tone controls, using 500k pots with push/pull coil-splits, and a D’Angelico Stairstep tailpiece. 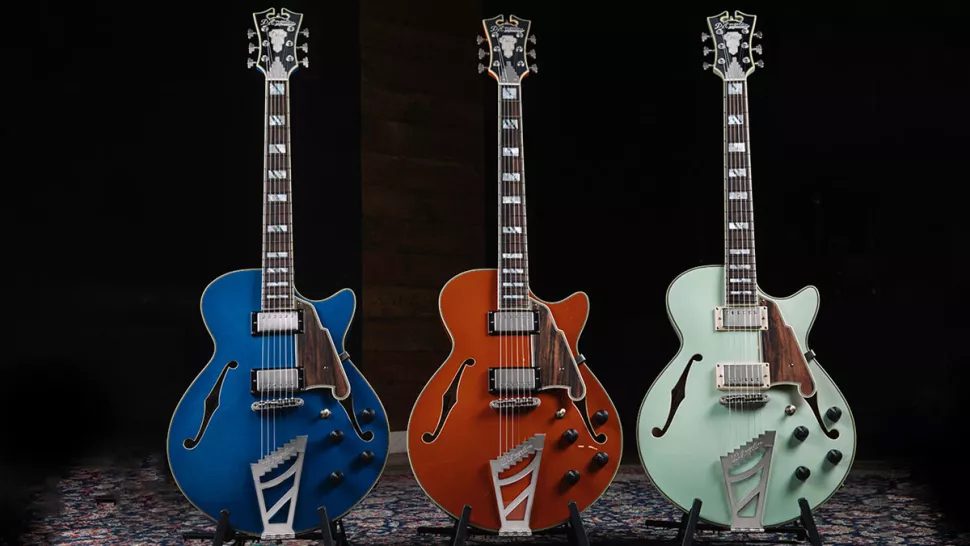 The double cut Deluxe DC LE models are very similar to the singlecut models above. You get a 16” wide semi-hollow with a centre block. This time you have a tune-o-matic style bridge and tailpiece, rather than the stairstep, though you still get a pair of Seymour Duncan Antiquity Retrospec humbuckers, with the same wiring setup as the Deluxe SS LE models. 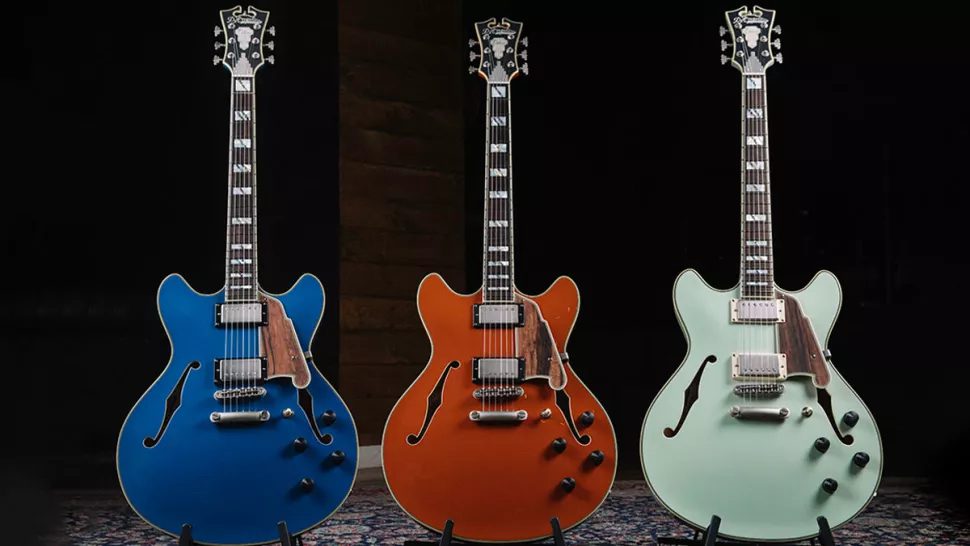 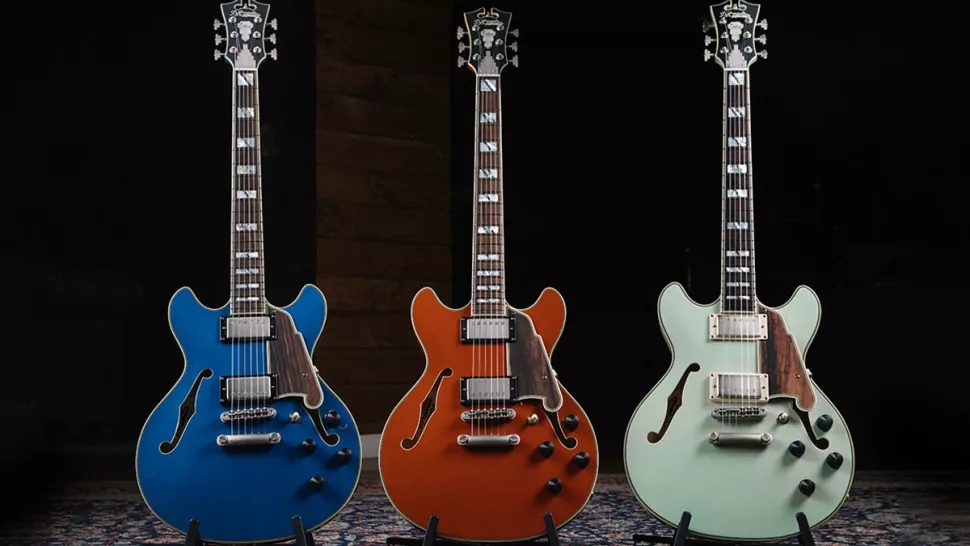 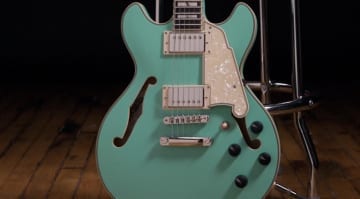 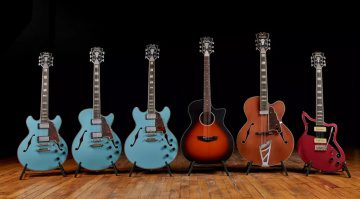 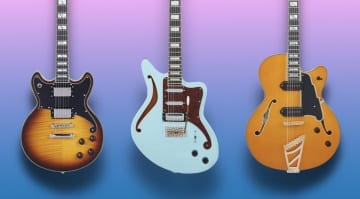