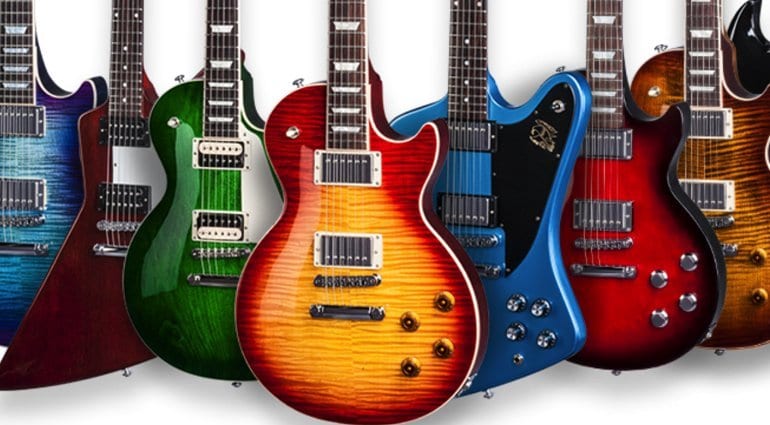 Now, I’m not one to gossip (okay, I am, as it’s actually part of my job), but I keep hearing all these rumours about Gibson, their Custom Shop and the state of this once great American guitar maker.

First off, I’ve been hearing a lot of whispered rumours recently from dealers here in the UK and on the other side of the Atlantic. What is particularly interesting is that conversations on both sides of the pond seem to be circling around the same issues.

My sources tell me that the founder of Gibson Custom Shop, the man that started it all off, has been outed. The man in question is Edwin Wilson, ‘the man’ at the renowned Custom Shop. He founded it, ran it and is generally considered to be the father of the whole department.

The rumour also popped up on various guitar forums like thefretboard (my boys in the UK) and then repeated over in the US at mylespaul. It makes you wonder: is there any truth to it? The old adage that there is no smoke without fire seems apt, as for a rumour to emerge on two highly respected guitar forums frequented by a lot of people in the industry is more than coincidence.

There are even now rumours that the Gibson Custom shop has stopped reissue Historics, Relics and Reissues!

Although Gibson has not made any announcement about Edwin Wilson’s departure, there are underlying developments at Gibson that might be relevant. When Mike Eldred left the Fender Custom Shop it was a big deal for some, and there were similar rumours floating around before it all became official. What seems relevant to this new rumour is that Gibson has been in financial difficulties for a while now. I even wrote an article about this last year.

Yes, this is all speculation and some of that is being whispered on guitar forum threads. But we believe that it’s not just background noise. After all, we know that there have been questions raised over Gibson’s financial performance, including their downgrading by Moody’s Investor Services. That could be an important context for these new rumours. Could be.

My opinion? Gibson are making some very cheap and not-so-great guitars that they have been trying to ‘box shift’ on Amazon. Below I have added the YouTube review of the Gibson Firebird Zero by online guitar reviewer Agufish. This honest review pulls no punches and gives quite a damning view of this model.

It appears that Gibson are trying to sell poorly thought-out guitars, rather than concentrating on what they do best, which is not helping their reputation. The Gibson Custom Shop instruments are still considered amazing guitars and perhaps they should be concentrating on those instead of giving us cheaply made Firebird knock-offs?

Gibson attracted a lot of criticism for the 2015 line-up (super-wide necks, robot tuners, holograms and crayon-like signatures). Then there was the Firebird Zero mentioned above, which seemed a poor match for what customers were expecting. Maybe they deserve some credit for at least trying to innovate. But some Gibson dealers were, it seems, stuck with stock they could not shift, and Gibson further alienated them by discounting these guitars in blow out sales on Amazon, in effect undercutting their own dealers.

For those of you that don’t know Edwin, I have added a video interview with him from 2013 with German YouTube channel Session, as you can see Edwin knows his stuff, so it would be a great shame if he has gone. If you have an opinion or have heard something I have not, then please comment below.

13 responses to “Custom Shop Rumours: What the hell is going on at Gibson?”