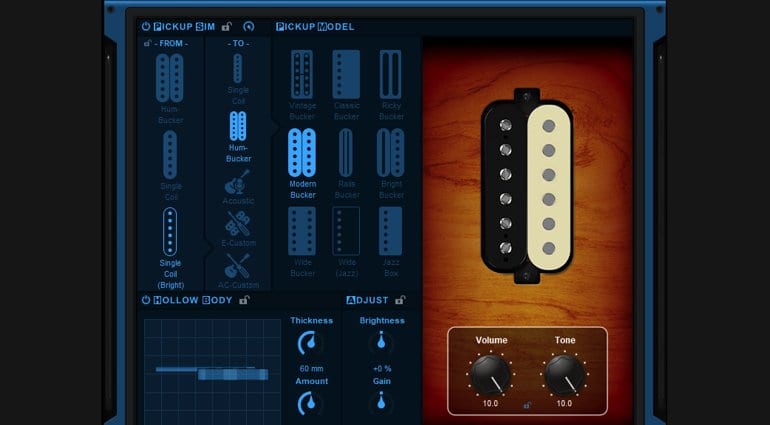 Blue Cat Audio has finally unveiled its Re-Guitar plug-in that I wrote about back in January. With the plug-in now available, we also have audio demos of this intriguing new plug-in in action.

The idea is simple enough: make your guitar sound like a different model. The idea has been tried many times over the years. Attempts have including efforts by Line 6 with its Variax guitars, and Roland with various guitar floor pedals. But this time it’s a plug-in that’s doing all the work.

Blue Cat Audio’s Re-Guitar attempts to use a software algorithm to give you emulations of both single-coils and humbuckers.

It has the following settings:

As you can see, there’s a pretty wide selection of pickup types and even some acoustic models as well. That could be useful for when you are writing a song and need a clean single-coil sound for your mix, or perhaps a faux acoustic, and don’t have those models to hand.

The plug-in also includes controls to shape the tone emulations, including brightness, gain, volume and tone. Potentially, this is a very useful studio tool for working on guitar sounds.

Positive Grid’s BIAS FX2 has a similar tool called Guitar Match. Is guitar pickup modelling the latest craze for guitar software in 2019? The ability to get different guitar textures when recording into a DAW is certainly a useful one.

RRP: USD 99 with an introductory price of USD 69 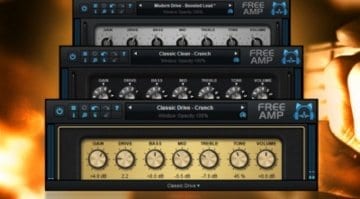