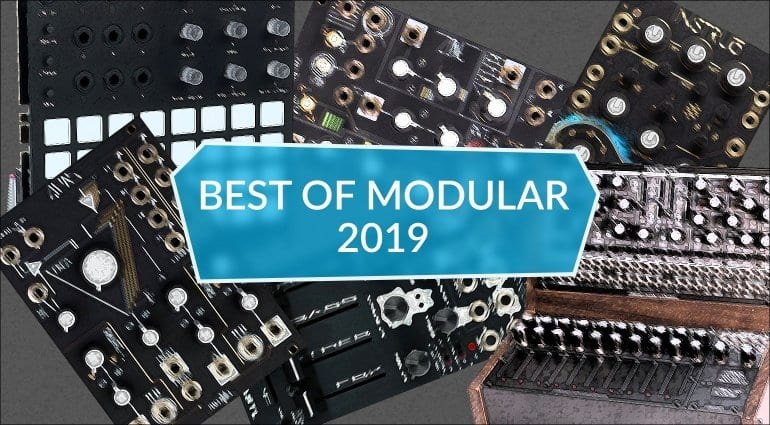 The cream of the crop: Here are our Top 5 Eurorack modules this year  ·  Source: Pittsburgh,Polyend,Instruo,Casper,MakeNoise,gearnews.com

Eurorack modular continues to generate interesting pathways into sound and synthesis and is becoming more accessible all the time. There are so many to choose from covering all sorts of different applications and possibilities that it is pretty impossible to narrow it down to a handful. But I’ll give it a go and maybe cheat a little bit. Anyway, here are the modules that have stuck out for me this year.

Just to note that lots of modules that get revealed at shows like NAMM or Superbooth don’t actually get released for another year or two. So this list is about those modules that have become available to normal people this year.

I’m going to cheat a little bit and highlight these two modules from Make Noise as a single entry. Both are high quality, quirky and interesting modules that will enliven your rack and make you feel like you’re making interesting and eclectic choices.

QPAS is a filter containing 4 state variable filter cores that they prefer to call a Quad Peak Animation System. It’s all about the stereo field and likes to talk about radiating into spaces and movement between your speakers. The multi-peak nature is tied together for simultaneous modulation – there’s only 1 cutoff knob – however you can offset the peaks manually and address them differently via CV. The resonance is something to behold and they are very excitable and keen to go off and do their own thing. On the outputs you have low, band and highpass available but also a rather unique “smile” response. For people wanting to experiment with animated stereo filtering then QPAS is where you need to play. $379. 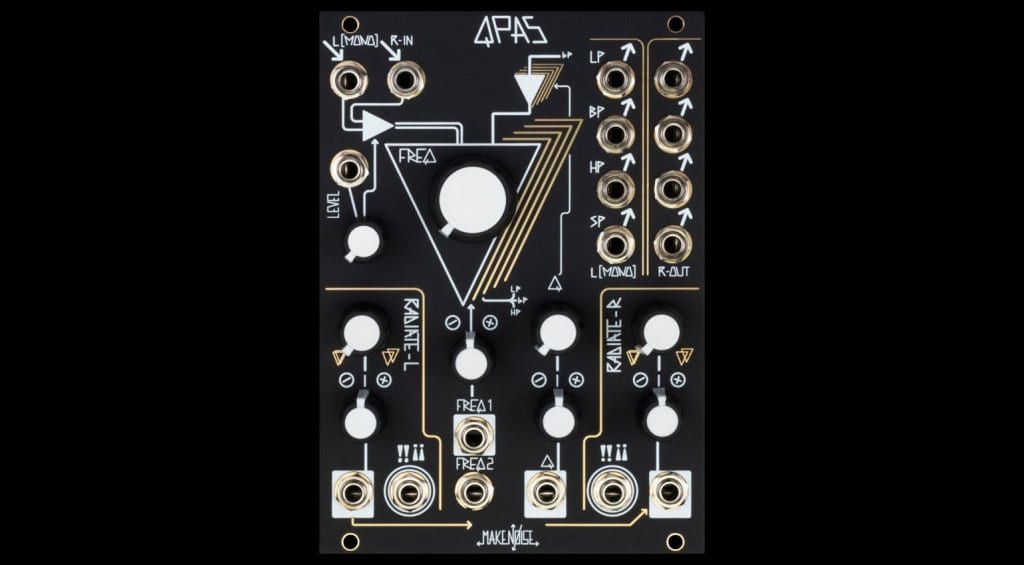 Mimeophon also wants to play in your stereo field but this time as a multi-zone colour audio repeater, or “delay” as most people would describe it. But it is of course more than a simple echo. It duplicates, it copies, it echoes and repeats. It can do strange things in time and space within the stereo realm from microsounds to beyond the infinity of looping. It can pull off all sorts of things like modulation effects, Karplus, looping, Halo smears, Doppler effects, skewed tempos and timbral shifts. It’s a fascinating delay module for $399. 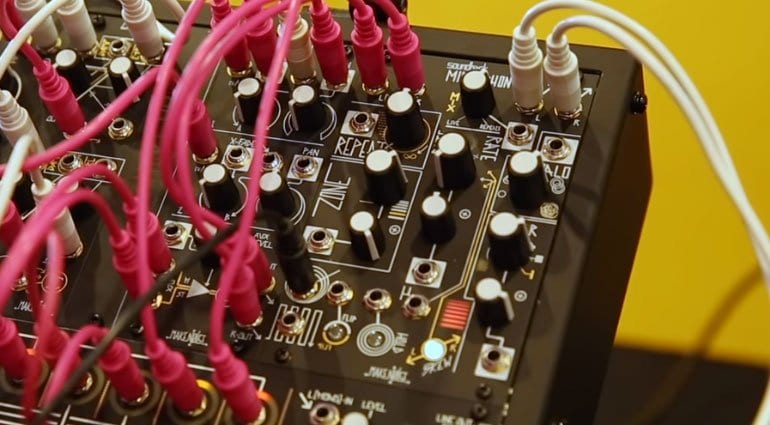 This is a mystical Eurorack instrument that floated into existence around Superbooth and has begun arriving into the hands of Kickstarter supporters. It’s really a couple of different parts brought together into something quite extraordinary while at the same time being awesome parts in their own right.

The main system is the Lifeforms Voltage Lab, a complex organism of analog modules fused into a wildly experimental 48HP modular synthesizer. It’s a sonic playground that features a complex oscillator pair capable of a wide range of shapes and timbres with wavefolding, FM, AM, Ring-Mod, waveform cycling and Hard Sync. It’s then worked by multi-function generations and massaged by dynamics processing acting as filters or low pass gates. It pulls in different directions, pushes sound all over the place, enjoys the chaos and then repeats itself through the warm embrace of the analog delay. The Lifeforms Voltage Lab is available as a module by itself for a wonderful adventure in sound for $899. 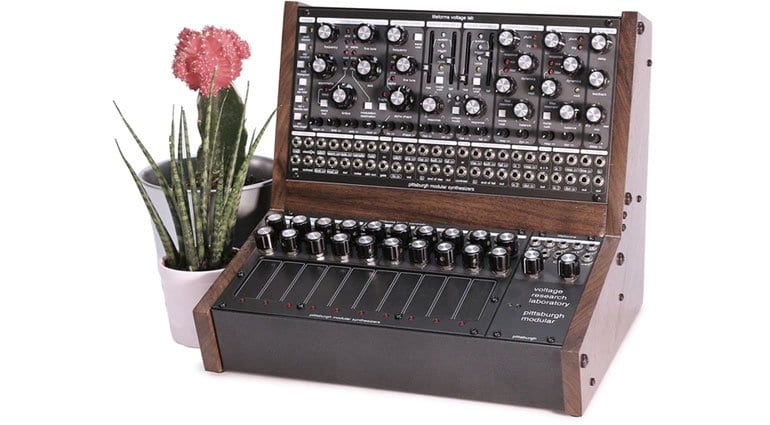 Pulling it together as an instrument is a striking wooden case, the Lifeforms Touch Controller and an Output Utility Module. The case gives it a vintage experimental flair whereas the Touch Controller gives 10 channels of multi-dimensional touch control split into two groups of five. You can perform with it, apply modulation and bring in the chaos and live within the instrument.

All together the experiment comes in at $1599 for a unique modular experience.

Another little cheat but these two Eurorack modules seem to go hand-in-hand and they are the extraordinary Arbhar and Lubadh from Instruo.

Arbhar is a granular processor that can chop audio into tiny grains for scattering, pitching, shaping and reversing. It offers 6 layers of sound with up to 10 seconds of sampling for layer upon later recording. You can capture via the audio inputs or the inbuilt condenser microphone for instant inspiration. And this is about inspiration and on-the-fly performance as there’s no saving or sound library. You have to record as you go and integrate it into your music as a realtime sampling and granulating instrument. 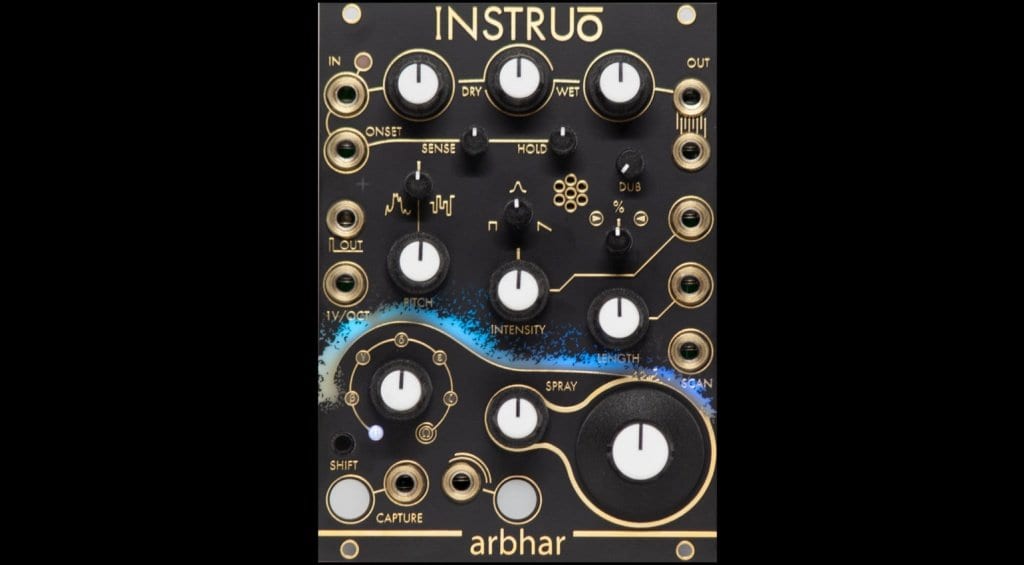 Lubadh is a dual tape deck which offers up to 6 minutes of recording time per deck. You can overdub and record one to the other for a continuously characterful layering of sound and atmosphere. It’s full of tape saturation and the feel of dealing with tape in a stunning digital Eurorack module that could change the very nature of your rack. 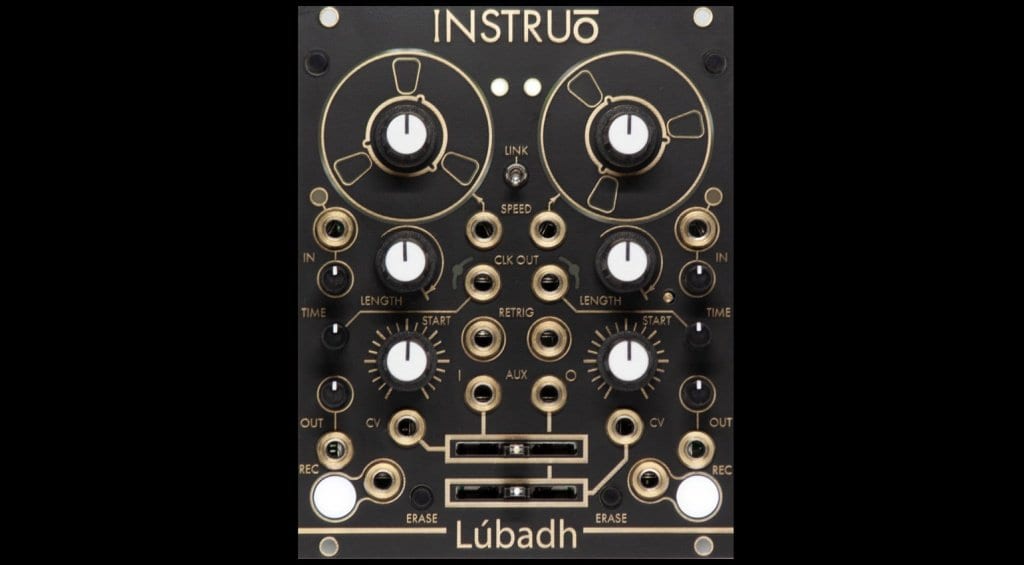 The Dark Matter module from Casper Electronics is an exercise in distortion and apocalyptic feedback. There are plenty of distortion and overdrives out there but few that are as engaging and fun to play with as Dark Matter. It feeds and re-feeds to the point of destruction while keeping it controllable and crushing it together with the sound of the circuits folding in on themselves. It’s a battle between signal, drive, feedback and distortion and you’re never quite sure what is going to win out – and maybe that’s the point. 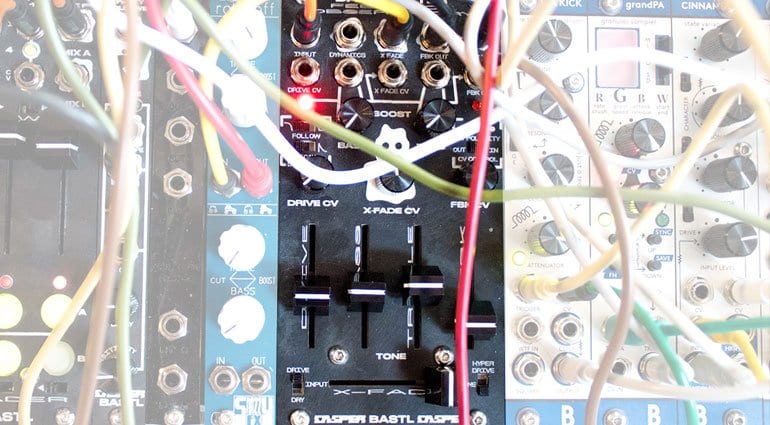 This crazy, untamed and beautifully bad feedback observatory costs €265 and is the perfect way to perform distortion rather than just suffer it.

Something a bit different from Polyend. Preset is a voltage storage facility which in many ways gives you the ability to store voltage settings in your rack like a preset ready for recall. It starts with 9 clickable and LED coloured encoders which can each store a voltage in 32 banks of 32 presets. The voltages can be gates, notes, constants or moving automations. You then patch in your various modules and at the touch of a button it will send the voltages to your modules recalling notes, filter settings, effect parameters, it will start up LFOs or sweeps or whatever you want to remember. It could be changing from song to song or maybe from verse to chorus. You can morph between presets so that the parameters change over time or you could use it as a massive preset selectable sequencer. 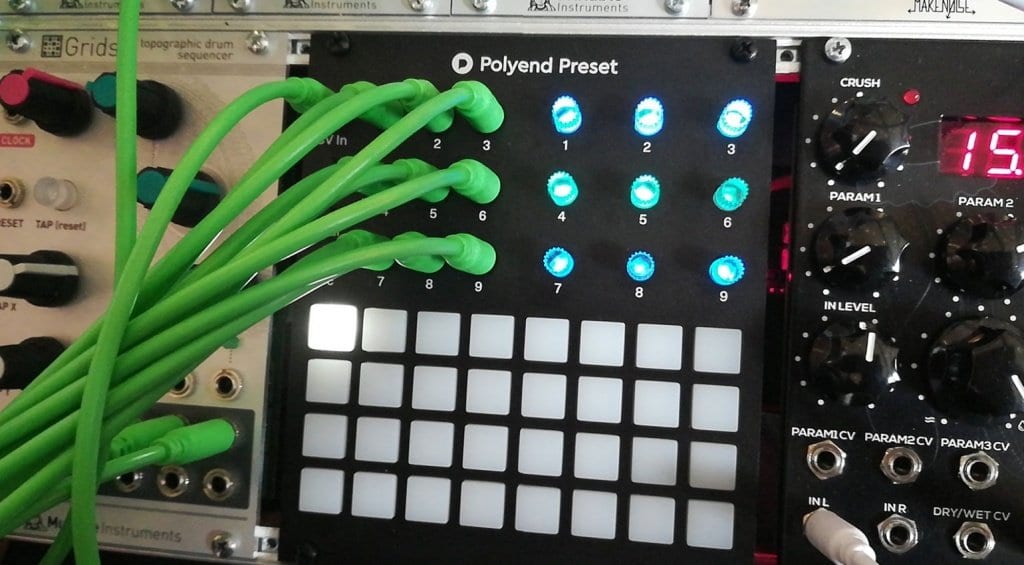 Polyend Preset could completely change how you approach your Eurorack giving you the opportunity to repeat performances and have more control over what you’re doing which is enormously clever and potentially revolutionary. Preset is £349. 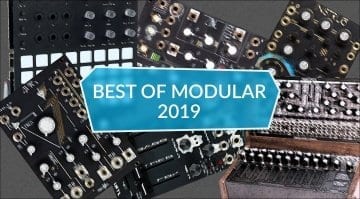 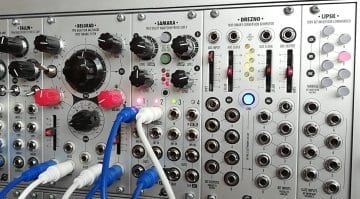 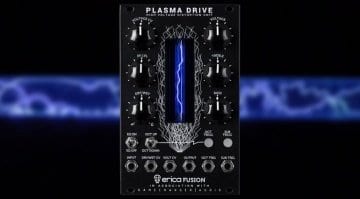 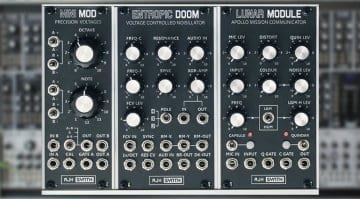 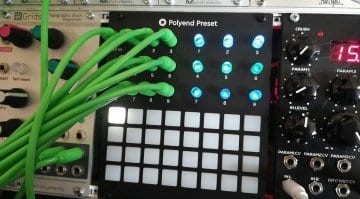