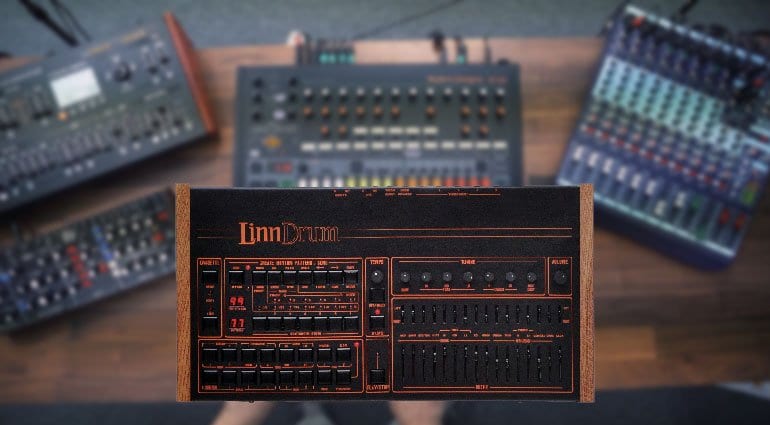 Patrick from Behringer put together a cool little video recreating the music from Michael Jackson’s Thriller using only Behringer gear. While talking about the drums he drops in a huge hint that Behringer could well be working on a clone of the LinnDrum drum machine that was famously used on the track.

You’ll find the mention around the 2:55 mark:

Not to be pedantic or anything but the drum machine that Michael Jackson used on Thriller was actually the LM-1. The LinnDrum didn’t come out until after the release of Thriller. It is a better and more stable machine and so would be a better thing to replicate than the LM-1.

The LM-1 was the first machine to use samples of actual drums rather than analogue synthesis to generate the sounds. It was extensively by artists such as Human League, Gary Numan and Prince. Designed by Roger Linn who was bored with drum machines at the time. At the suggestion of Toto keyboardist Steve Porcaro he recorded samples of real drums and put them on a computer chip. This had only really been done with tape before. The LM-1 didn’t include any samples of cymbals because they were too long and didn’t appear until it was superseded by the LinnDrum. Another notable feature was “shuffle” that delayed every other 16th note to give it a more human feel.

Only 525 LM-1s were ever built whereas the cheaper and more stable LinnDrum sold 10 times as many between 1982 and 1985. Behringer is most likely to be working on the LinnDrum but I wouldn’t be surprised if it came with the original LM-1 sound set as well.

Behringer has hinted that they have plans for 100’s of products based on classic electronic instruments and so the LinnDrum is of no surprise. But as the Odyssey has just shipped we’re still expecting to see the RD-8, Pro-1, ARP 2600 and UB-Xa before anything else comes along and don’t forget the hints at a Putney clone and the DS-80. Lot’s of synths!

And here’s a video from Alex Ball taking us through the LM-1 via the fascinating history of drum machines. 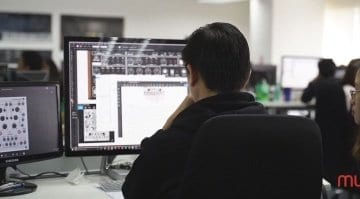 Behringer might have leaked a Maths, Prophet 5 and Virus clone in behind-the-scenes video

That was awesome. Thanks. I have all the Adrenalinn pedals and the M-Audio Blackbox. More inspirational tools from Roger Linn. And he is one of the nice guys. Still answers my emails!

The second linked video is great, and importantly, all of Alex Ball’s videos are really well done, worth watching!

Shut up and take my money !

Behringer has denied this. They are not making a Linn drum clone, a Virus clone, a Prophet 5 clone, or a Maths clone. Several of your recent Behringer teaser reports have been fake news.

It’s not “Fake news” it’s rumour and speculation driven by things in their own marketing videos. Behringer is actively hinting at things – it may be accidental, it may be to mess with us, but we’re not making it up. When there was the big website leak in 2017 Uli said that it was a mistake and the list of synths and drum machines were just ideas to fill out a website idea – funny how over half of those products are now confirmed in production and there’s an “LMX” LinnDrum clone on that list. Uli can deny it all… Read more »