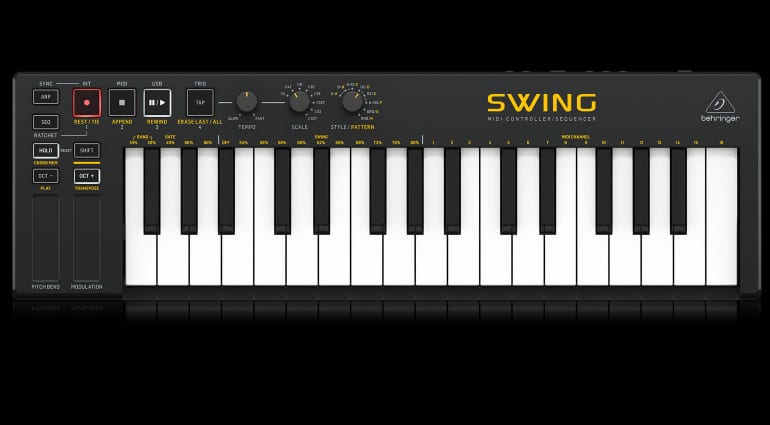 Behringer caused a bit of consternation in the industry when they announced the SWING MIDI controller. Now, MIDI controllers are all very similar these days but this appeared to be an almost identical copy of the popular Arturia KeyStep. While no one really minds companies reproducing vintage gear or synths that don’t exist anymore there’s something about the cloning of a current product from a competitor that leaves a bad taste in the mouth. Behringer hadn’t even tried to hide the similarities and regardless of the realities of who copies what from where it just seemed a bit wrong to many people. 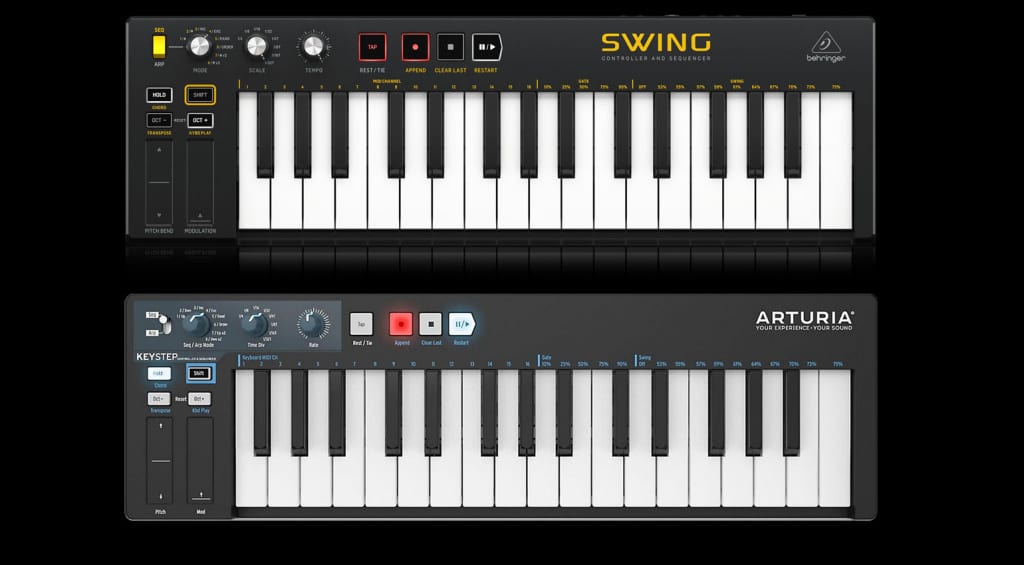 The original SWING design alongside the KeyStep

At the time Behringer defended themselves against criticism and stuck to their guns citing similar products, competition, and how this is simply the way of things. So it’s interesting to note that now SWING is shipping they’ve taken the time to make a couple of changes to the layout. While the changes won’t fool anyone into thinking the two keyboards are unrelated it is at least an indication that Behringer has acknowledged that it doesn’t have to be exactly the same and perhaps there is value in uniqueness.

So, what’s changed? Well, what they’ve done is swap the knobs and transport controls around. They’ve also changed the knobs and swapped a switch for a pair of buttons. 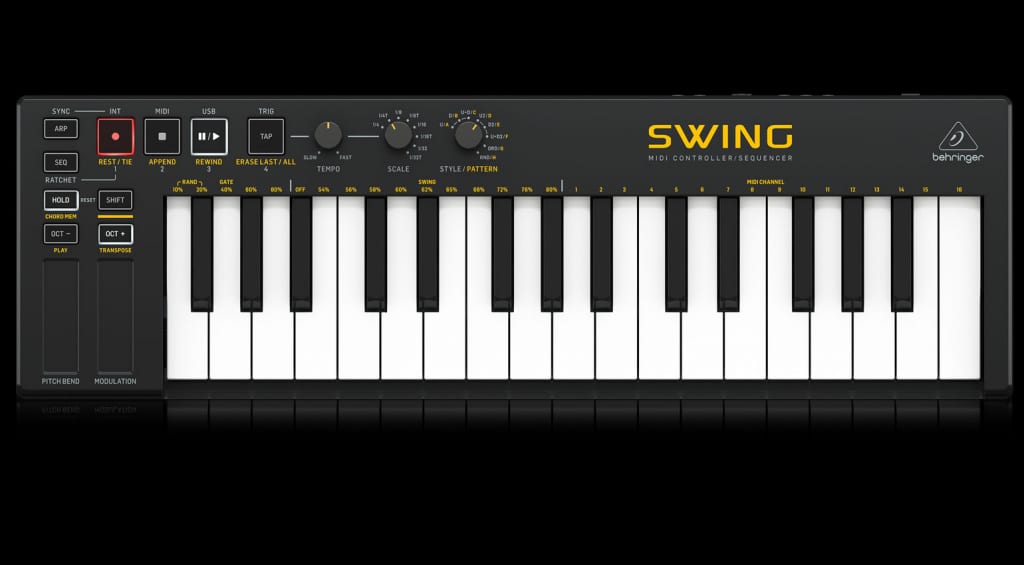 It’s a small change but one that suggests that when they say “We hear you” they are starting to listen to their critics as well as their fan base. I’m just trying to say it’s a positive move!

They have said that SWING is specially designed for its forthcoming DAW and has extra features specific to that combination but we’ve not seen any indication of what they are so far. Otherwise, the specs remain the same as the Arturia KeyStep, while the price is about 35% lower.

Swing is now available via online stores such as our affiliate partner Thomann, retailing at €85. 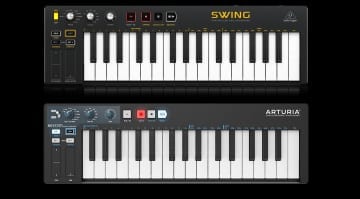