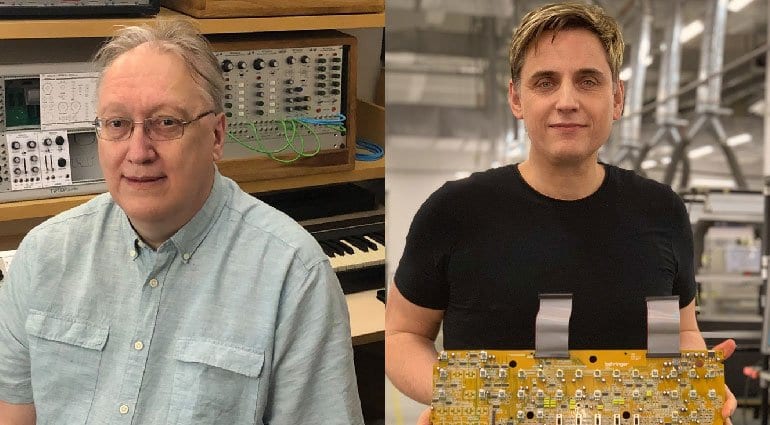 Behringer continues to build on its ability to produce synthesizers. They have just announced that they are joining forces with module makers AMSynths to help with their mission while they are looking to recruit many more engineers to the cause.

The whole reinvigorating and reinventing vintage synths thing seems to be working out so well that they are currently advertising for 70 synthesizer engineers to join their expanding team. One such engineer is Rob Keeble, chief engineer and founder of AMSynths. AMSynths has been making Eurorack modules since 2009 and they are good, standard modules set at good value prices. Rob says that “Uli’s synthesizer Vision provides a fantastic opportunity for me to contribute to the re-imaging of some of the best synthesizer designs from the 1970s, and to make them accessible to everyone.”

In return, Uli calls Rob “legendary” and welcomes him on board.

This is exactly the sort of vibe Uli has been after. It combines a sense of acknowledgement from a contemporary with that people are looking past the clones and starting to engage with what’s happening here. Uli is all open to collaboration with any boutique manufacturer. But then where else would he find all the synthesizer engineers that he needs?

That’s what intrigued me about the job adverts for synthesizer engineers. What synthesizer engineer is not already working for themselves making boutique modules and instruments? You’re not going to be a synth engineer out of college or by being a hobbyist. So Uli is actively seeking out the little boutique guys to help him realise this dream of making this time the golden age of synthesizers. Although this same group of people are probably going to be the hardest to convince.

But all power to Mr Keeble who has seen an opportunity to get stuck into doing the thing he loves with the huge resources of Behringer working behind him. And if you’re a synth engineer looking to do something new and exciting then drop Uli a line on uli.behringer@musictribe.com