Behringer says that it’s upcoming free DAW software will include a range of VST plug-ins, including software synthesizers. Accompanied by a picture of a UB-Xa plug-in in the making, the company announced both free and paid plug-ins, which will be available once the DAW is ready. Apparently they’re also working on plug-in versions of the Pro-16 and PPG Wave.

Following a string of hardware synthesizer announcements, it seems that Behringer has also quietly been working on its free DAW project, including a range of VST plug-ins. The company shared a picture of a software version of the UB-Xa in the making, saying that this and other plug-ins will be included with the DAW when it’s released.

According to Behringer, the new plug-ins are being programmed by renowned VST developers working closely with the team at TC Electronic. In addition to its guitar effects, the Behringer-owned Danish company is known for its Icon Series plug-ins, as well as the Finalizer mastering software. So they know a thing or two about DSP development.

At this time, we don’t know which synthesizers Behringer plans to release as software (besides the pictured UB-Xa, Pro-16 and Wave). Will all of Behringer’s hardware synths eventually be available as plug-ins? Will they be compatible with their hardware counterparts (at least the digitally-controlled models)? Which plug-in formats will they be available in? That’s anyone’s guess. All we know right now is that there’ll be a range of free or inexpensive synth plug-ins. And they’ll come with a free DAW, which sounds like a pretty good deal.

While Behringer has repeatedly pointed at the ongoing chip crisis to explain why many of the announced hardware synths aren’t shipping yet, this obviously doesn’t apply to the DAW project. That said, the company has yet to state a definite release date. As soon as they do, you’ll find out here on Gearnews. 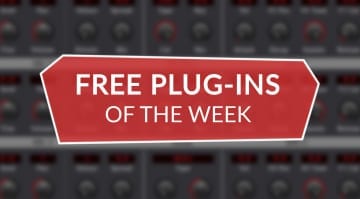 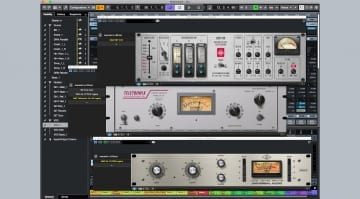