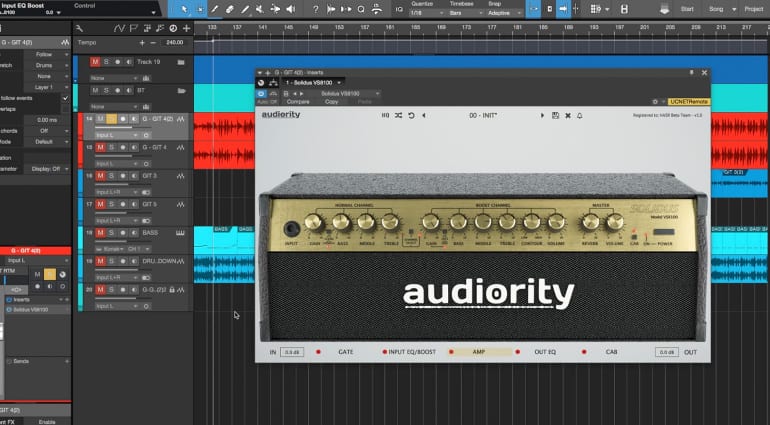 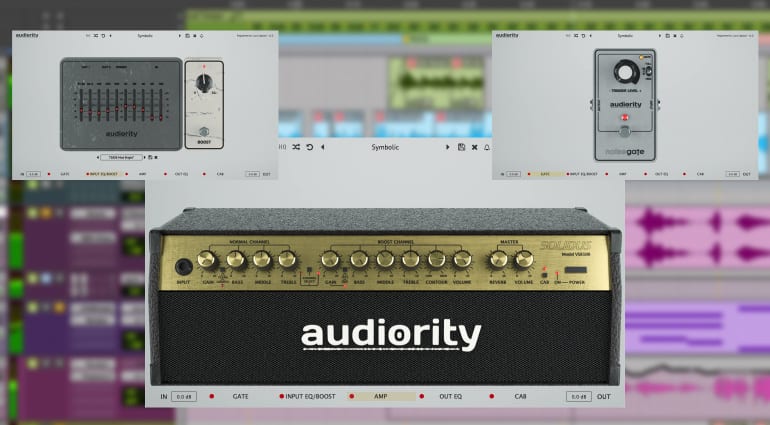 Audiority has a sweet new amp plug-in, the Solidus VS8100. It’s an emulation of a legendary amp, the Marshall Valvestate 8100 Solid State Amplifier from 1991. This model defined the death metal sound of the 1990s. If that piqued your interest, good news: there’s an introductory offer with over 50% off!

With Solidus VS8100, Audiority publishes another amp simulation of a well-known and popular distortion amplifier. It’s modelled on the virtual Marshall Valvestate 8100 Amp, whose 12AX7 tube served as a driver for the distortion channel and provided the typical death metal sound of the 1990s.

The amp has two channels: normal for clean guitars (and crunch ) and boost for distortion (OD1 and OD2). Audiority says the Marshall’s original amp was meticulously modelled so that all the nuances are present in the software version. You will also find a noise gate, a ten-band EQ / booster, a post-amp five-band equalizer and a cab simulator loader.

Bonkers Sound Lab and Valhallir.at are also included with the plug-in so you have two virtual cabs to play through. A nice touch and very welcome.

Audioitry Solidus VS8100 – Will it Djent?

You can get Audiority Solidus VS8100 until April 30, 2020 in the manufacturer’s web shop at an introductory price of 29 euros instead of 65 euros . The plug-in runs on Mac OSX 10.8 or higher and Windows 7 or higher than VST, VST3, AU and AAX in 64 bit . Some presets are included in the package. A demo version and a PDF user manual are also available for download on the website. 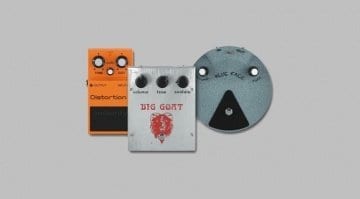