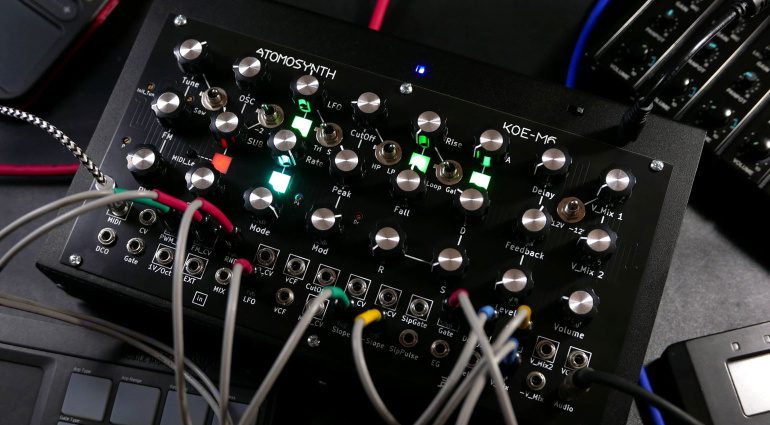 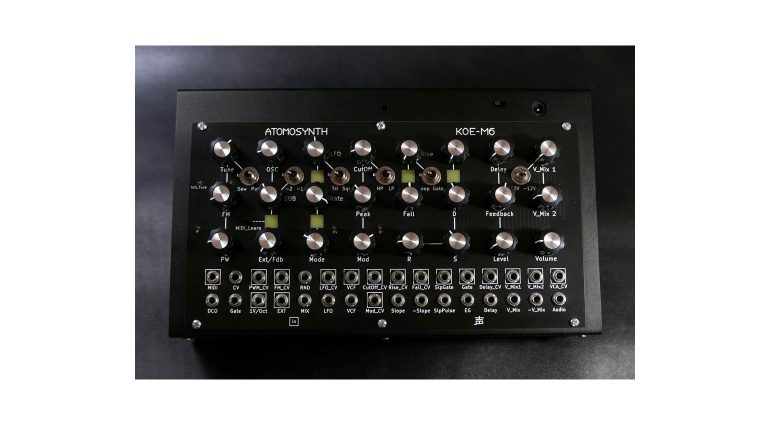 AtomoSynth takes on the desktop semi-modular monosynth format with the KOE-M6 that mixes Moog and Make Noise stylings with some unique features.

It’s interesting how the knobs say “Moog” and the square lights say “Make Noise” and yet the KOE-M6 has a voice all of its own. Designed and built in Lima, Peru this is not the first version of the “KOE” that we’ve seen from AtomoSynth. In 2017 we saw a dual oscillator KOE at the Tokyo Festival of Modular. The new KOE-M6 greatly develops the idea, keeping the vactrol based filters while expanding into other areas of modulation and effects. One interesting decision is to move to a single analog oscillator while making a digitally controlled square wave oscillator available only over MIDI.

Anyway, here are the specs. The analog oscillator has switchable sawtooth and pulse waveforms with pulse width modulation. There’s a square wave sub-oscillator at -1 or -2 octaves. The aforementioned DCO is triggered by MIDI and has its own audio output. The LFO has triangle and square waveforms and the frequency can be voltage controlled. There’s a Random Voltage Modulator with 6 modes including Sample & Hold, random, dust, random gate, pulse and MIDI CC. There’s an ADSR envelope and also a loopable Slope Generator with CV controllable rise and fall. At the end of the chain is a Delay effect with CV controllable delay time.

AtomoSynth appears to be famous for its vactrol based filters which give the cutoff a more organic response, and KOE-M6 has both a high and low pass filter.

The case is made from rugged sheet metal and the whole front panel can come off so you can drop it into a Eurorack system. The patch bay offers 17 inputs and 15 outputs along with a MIDI interface. There’s also a voltage mixer for mixing up your modulations.

Shipping should start from the 1st of February for $449 with free shipping worldwide. It’s a great price when compared to the Mother-32 or 0-Coast and offers something a bit different. The sound demos are excellent and this could be a great synth for someone wanting to explore modular patching or add a lot of functionality to a Eurorack system. 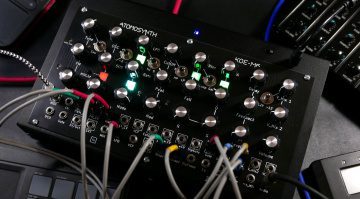 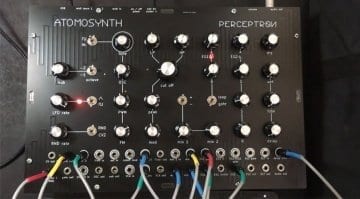 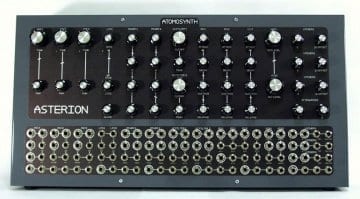 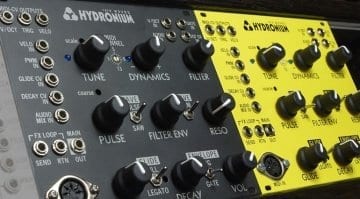 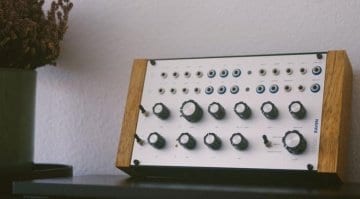 Don’t buy from this guy, worst service EVER…purchased a Perceptron years back arrived totally broken (case was made of plastic glass but was supposed to be in metal on the photos, argue he changed his mind without asking me), he got back the destroyed semi-mod, kept the money and fly pretending he never received it though i sent it with a signature proof…worst communication and service ever..avoid this crook ! :((

Hello, sorry for the confusion because the Perceptron was never produced with a metal case, there where acrylic case and black fiberglass or transparent faceplate only. If you placed a claim in Paypal and sent a proof of return, Paypal always resolves in favor of the buyer with no exception. Anyway please send a proof of return to atomosynth@hotmail.com