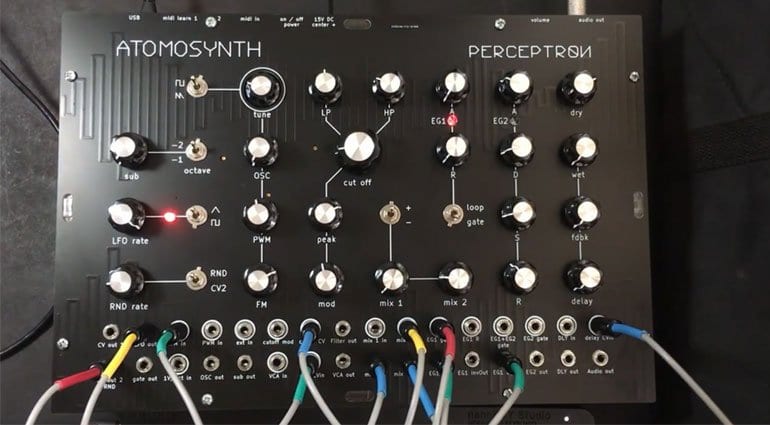 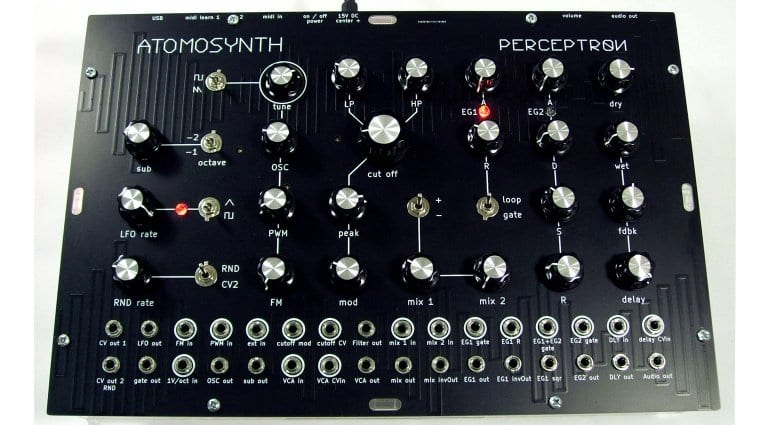 Perceptron is the latest synthesizer from Peru based Atomosynth who previously brought us the mighty Asterion modular synth. Perceptron is perhaps less ambitious, but it’s easier to access and very affordable while offering plenty of character and lots of patch points to play with.

It’s a single oscillator synthesizer with pulse and sawtooth waveforms, pulse width modulation and a square wave sub-oscillator. A single LFO offers triangle and square waves but there’s also a loopable AR envelope generator for some additional modulation possibilities as well as an ADSR. The inclusion of a Random Voltage Generator is very welcome. There’s both a low and high pass filter that can be patched to individually but share the same cutoff, resonance and modulation. At the end of the chain is a delay module.

The patchbay that runs along the bottom offers 16 inputs and outputs giving you CV access to pretty much everything and greatly expands the sonic possibilities of Perceptron. There’s also MIDI and USB MIDI connections that convert to 2 configurable CV outputs.

There’s a lot of room on the Perceptron which is very welcome when so often mono-synths find themselves a bit crowded. You’ll get an idea of the size and sound in this video:

At $399 it’s reasonably priced although you are going to have to ship it from South America.