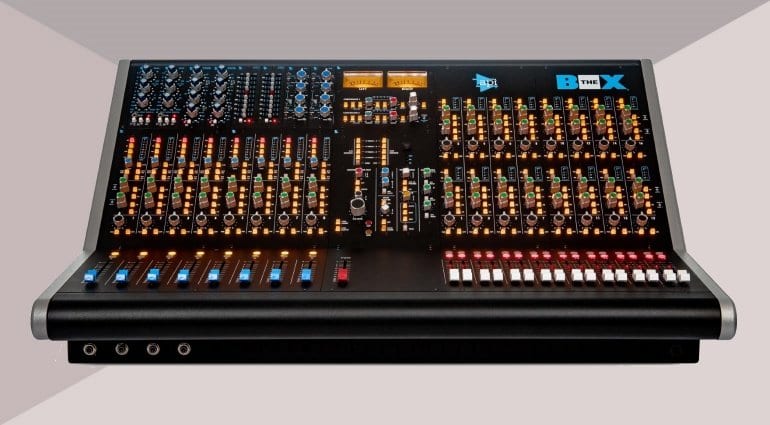 Five years is a long time without a refresh, but also a testament to a future-proof design. So we happily welcome API’s new The Box console – once again built upon the “large format sound, compact footprint” concept. The stylish desk has eight input channels and eight 500 Series slots, as well as 16 summing channels (24 during mix) with LED metering. It uses the same circuitry and components as other API consoles like the Vision and Legacy AXS, promising that the sound is up to what you’d expect from API.

The Box is also equipped with a Stereo Bus Compressor which can be assigned to program bus or inputs 1 – 4. Each summing channel has a 0dB bypass switch, a feature which has proven popular according to API. There are one stereo and two mono auxiliary sends/buses, as well as stereo cue send/bus & headphone system. The monitor section supports two stereo monitor systems and the power supply is integrated.

This is The Box in a nutshell – a darn fine looking console suitable for smaller studios. API isn’t telling us more about it, but then again, words can only go so far. This thing is meant to be tried in person and gawked at. Let’s hope I’ll get the chance some day not far away. 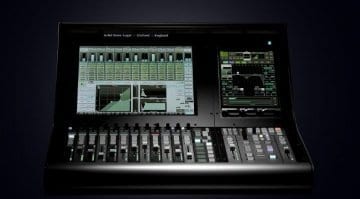