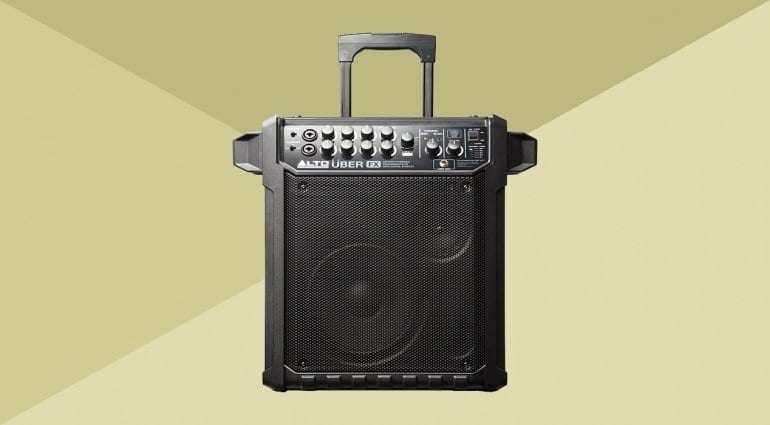 Alto Professional has announced the Uber FX portable PA system. Uber FX runs on AC power or the internal rechargeable battery, which lets you perform anywhere. Compared to the Uber and Uber LT, it adds internal effects, which makes it a good fit for street performers and anyone else needing mobile amplification for a couple of mics and a backing track.

Alto Professional is known for its cost-effective PA systems, mixers, and speakers like the newly released TS3 series subwoofers. The company also makes the Uber and Uber LT portable speakers. Depending on which way you look at it, these are bluetooth speakers that also have a couple of mic inputs, or compact portable PA systems that also do bluetooth streaming. The new Uber FX adds internal effects and an EQ, which makes it much more useful for live performers than the other two. 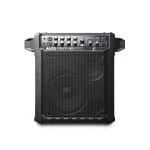 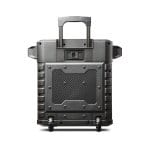 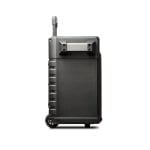 2 mic/line inputs with EQ and effects

The Alto Professional Uber FX has an 8-inch woofer and a 3-inch tweeter. The company states a peak power of 100 watts. There are two mic/line inputs with XLR-1/4″ combo jacks. Both channels have their own volume control, 2-band EQ, and FX level knob. The 15 integrated effects come from Alesis. They don’t seem to be adjustable, but you can choose from a bunch of different reverbs, delays, and other effects.

The Uber FX also has a stereo 1/8″ aux input, as well as bluetooth streaming capabilities. Alto professional says that it “streams music wirelessly from any Bluetooth-enabled device”. There is a line output, and a USB charging port for your device.

The Uber FX runs on AC power or the internal battery. Alto states a battery life of 45 hours. Not having used the unit myself, I do have some doubts about that, as it must be highly dependent on how hard you drive the amplifier. But it seems like you won’t have to worry about running out of power during a typical busking session.

Alto says that the Uber FX will be available in the second quarter of 2019, which means that it must be arriving in the next few weeks. The company states a US retail price of $249. 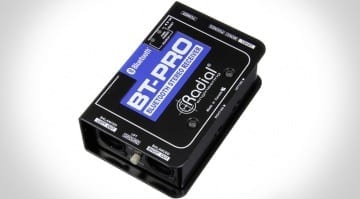