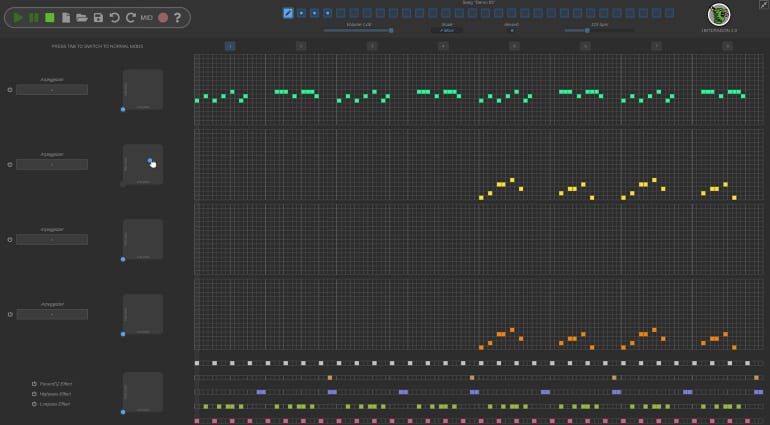 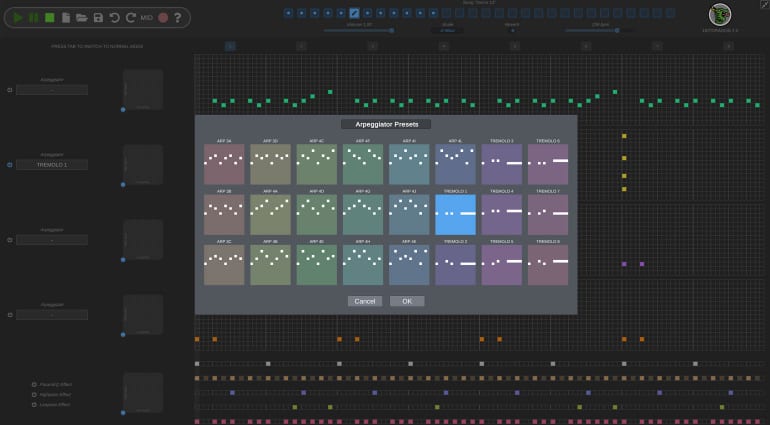 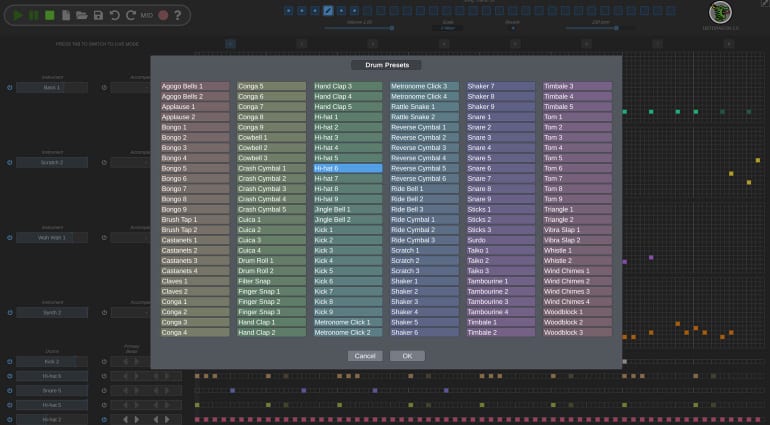 1BITDRAGON is all about the grid, lots of grids all running together generating patterns and rhythms and version 2.0 now has MIDI export for taking things further.

1BITDRAGON takes grid-based or matrix sequencing to the extreme with every track represented as a grid ready to be patternised. For melodic tracks you have a choice of 175 virtual instrument sounds that you can paint upon the grid. Or if you prefer you can pull in any of the 66 included patterns and play with the 396 variations. It looks really easy you plonk together a bunch of patterns and bring a track together.

On the rhythm side there are 150 drum sounds on single line grids where you can dial in Euclidean rhythms or add dots to tap out your own beats. 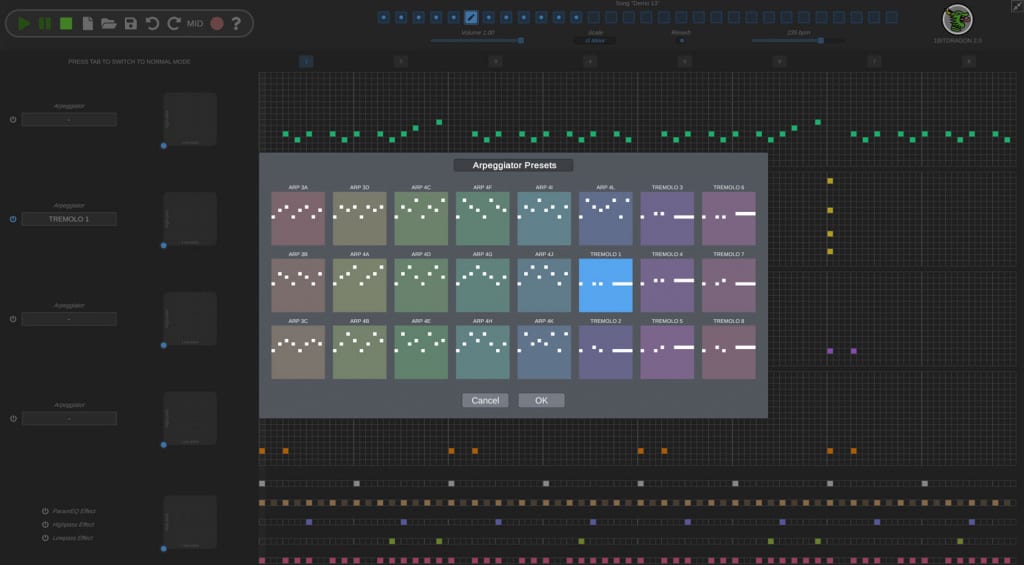 You can work to one of 24 preselected scales to keep everything in tune and there are 24 arpeggiator presets to add some more movement.

It’s fast and brilliantly simple. It looks great although I’m not sure about the huge preset lists that devour the screen. I like the way you can see all the notes of every track and rhythm on the screen at the same time – not something you get in most DAWs.

You can now export your tracks as MIDI files so you could bring your patterns into a DAW and direct them to other virtual instruments. 1BITDRAGON doesn’t have any plugin support or MIDI output as far as I can tell which does limit the scope. But as an app with which you can get down quick tracks and ideas or simply enjoy playing with it’s awesome. You can also capture a performance of your song to wave file as you fiddle with the synth parameters and filters and stuff.

In fact if it was an iPad app no one would bat an eyelid at the restrictions but because it’s a regular piece of software running on a regular computer we tend expect a lot more. As it is it’s $20 for a fun bit of grid-based music-making that could be really useful. 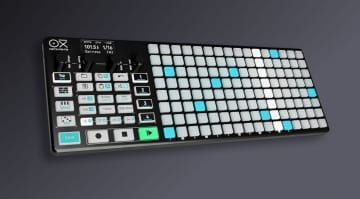 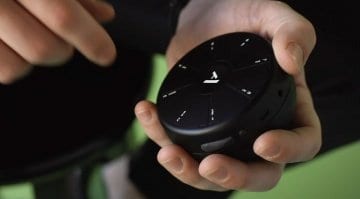 Orba: the musical grapefruit that will revolutionise your music making